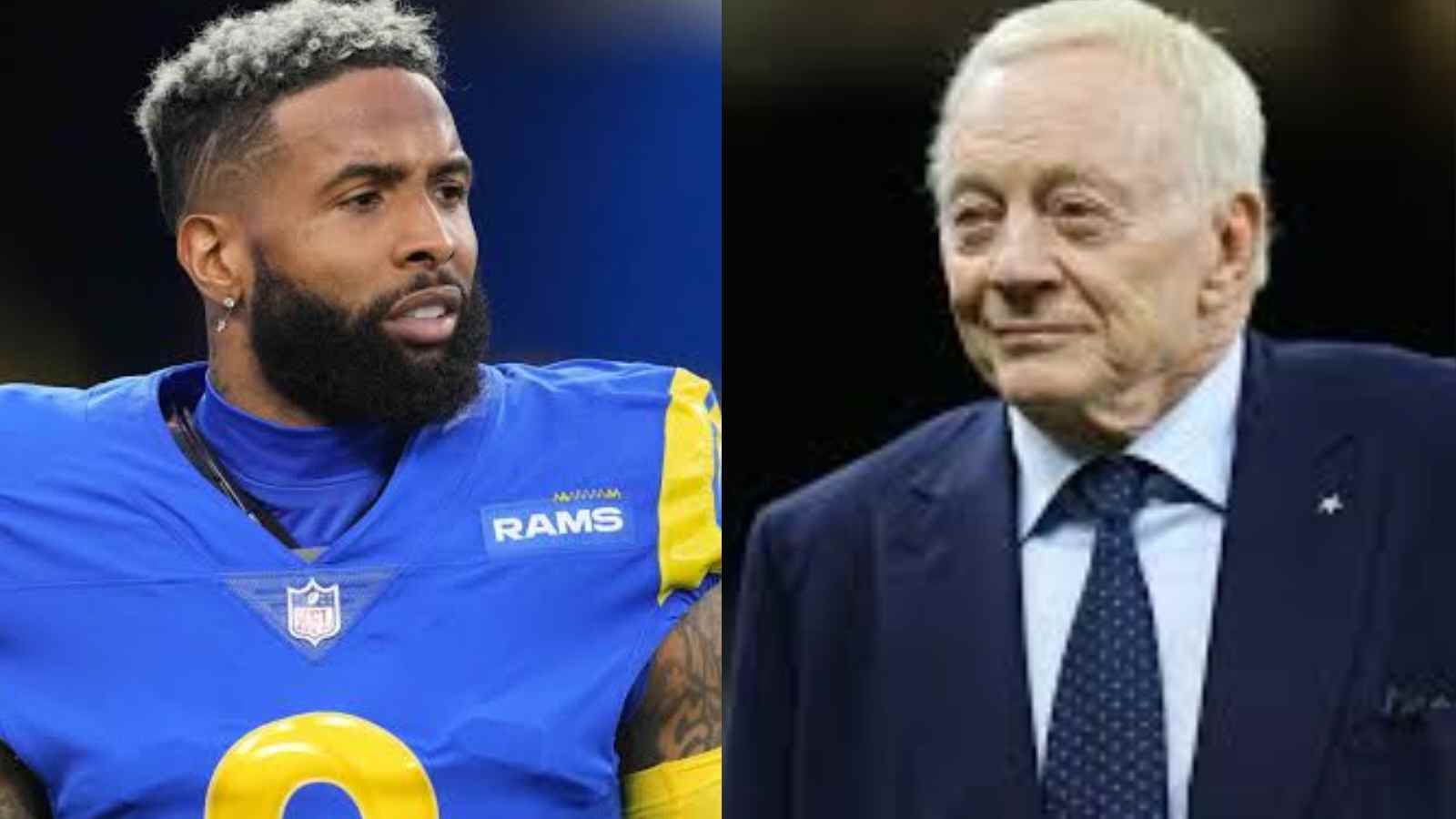 The Odell Beckham Jr. transfer saga has been an ongoing affair for the past couple of months. The Super Bowl winner suffered an injury that put him on the sidelines for almost a year. Numerous teams were interested in his talents, and three teams in particular even invited him for medical.

Those were the Dallas Cowboys, Buffalo Bills, and the New York Giants. The Cowboys were the front-runners in signing the veteran WR, but now it seems like they’ve taken another direction as they recently signed WR T. Y. Hilton.

It is speculated that Odell Beckham Jr. hasn’t fully recovered from his injury and won’t be able to play in the NFL until the next season. Jerry Jones was asked about the same recently by Jon Machota of the Athletics and the Cowboys owner stated that the decision needs to be made sooner rather than later.

“I don’t want to talk about that but stand by,” Jones said. “This thing could break.” The Cowboys owner is still interested in the esteemed WR and even appreciated his quality on the ball. However, Jones has also acknowledged that Odell is not ready to play in the league due to his ACL injury.

“Great players make great plays. Great ones make exceptional plays,” Jones said. “And so I hope we advance here where a handful of great plays, if I may be arm waving about it, could be the difference in a world championship.”

Odell Beckham Jr. was touted to go to Dallas as the WR was even seen hanging out with Cowboys’ Trevon Diggs and Micah Parsons, although the stars didn’t align for the former Rams QB, and T. Y. Hilton was signed by the Cowboys instead.

Hilton was signed on a one-year deal worth $600,000 and he was mainly hired to help the team make a deep playoff run and add the much needed depth.

“I think I can bring veteran leadership,” Hilton said. “My job is to help these guys as much as I can, help them with my knowledge. Right now, I just want to concentrate on staying in the playbook. I’ve been studying the past two days, probably 15 hours, so just getting this thing down. However way I can help, I’m willing to help.”

Hilton is registered and is eligible to play for the Cowboys as they face the Jaguars on SNF. Although the Cowboys are still trailing to the Eagles in the division, they will comfortably make the playoffs this season as they maintain a 10-3 record.

On the other hand, Odell Beckham Jr. is still looking for a new team and it looks like the WR will have to wait this season out and try again next season.

Also Read: Odell Beckham Jr.’s comeback to the 2022 season comes to a halt after WR gets snubbed by the Dallas Cowboy