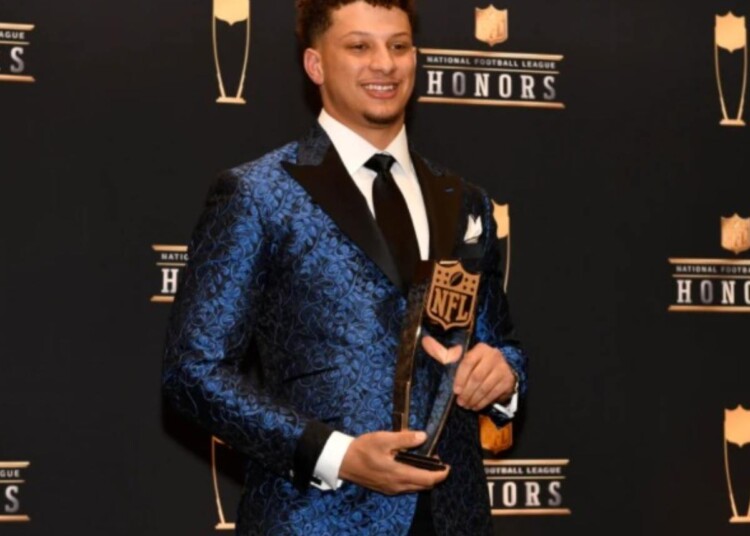 With the playoffs around the corner, the discussion about NFL’s Most Valuable Player has finally come to an end after wondering about it for 17 weeks. Several names popped up during these 17 weeks and one name remained constant throughout the season – Patrick Mahomes.

ESPN Insider Field Yates tweeted: “Chiefs QB Patrick Mahomes received 49 of 50 first team All Pro votes. This virtually guarantees that Mahomes is in line for his second NFL MVP award. 14 of the last 15 NFL MVPs have been the first team All Pro quarterback pick.”

Patrick Mahomes is the All-Pro First Team quarterback along with his Kansas City Chiefs teammate Travis Kelce on the offense as well. There was no doubt that Mahomes will be the MVP given the numbers he has put in and led the Chiefs to a 14-3 record, clinching the AFC No.1 seed.

Related: “He’s gonna get clowned on,” David Helman believes Dak Prescott’s legacy is in DANGER as he prepares for ‘must-win’ game against the Bucs

Mahomes dominated the league with his exceptional performance that was consistent throughout the season. The 27-year-old threw for 5250 yards, 41 touchdowns, and 12 interceptions. This is Mahomes’ fifth year as a quarterback in the league and he has already cemented his Hall of Fame stats. Philadephia Eagles’ signal-caller Jalen Hurts was also in contention for the award and would’ve easily won, but he missed out due to his shoulder injury.

After spending his rookie year as a backup to Alex Smith, Mahomes was named the starter in 2018 and had such an amazing season that he won the NFL Offensive Player of the Year Award as well as the NFL MVP. Mahomes threw for 5,097 yards, 50 touchdowns, and 12 interceptions and became the only quarterback to throw for over 5000 yards and 50 TDs both in college and the NFL.

Mahomes was asked earlier this week how he feels about his odds of winning the MVP during his bye week press conference. “Obviously, the MVP award is a special award that, if you get it, you’ll cherish that for the rest of your life,” he said. “It’s something that I think you can look back at more at the end of the season, [or] at the end of your career, and you can think about those great times that you had.”

“It’s a trophy that symbolizes the team that was around you so you can think about those memories that you had with those guys, and how you went to battle with them and were able to win a lot of football games. Like you said, we’re focused on the Super Bowl right now and trying to get there and win it, but obviously it will still be a big moment in my life that I’ll be able to forever remember,” Mahomes continued.

Now that he has virtually won the award, the next step for Patrick Mahomes is to win the Super Bowl for the second time. The last time the Chiefs made it to the final, Tom Brady and the Bucs swept them and the GOAT won his 7th Lombardi Trophy. Let’s see whether the 2022 MVP can make it count when it matters the most.

Related: “GOAT is in the cat bird’s seat,” Skip Bayless believes Tom Brady has zero pressure on him against the Cowboys because of his 7-0 record