“They should trade Rodgers”: Nick Wright has a bold suggestion regarding Aaron Rodgers’ future in the NFL 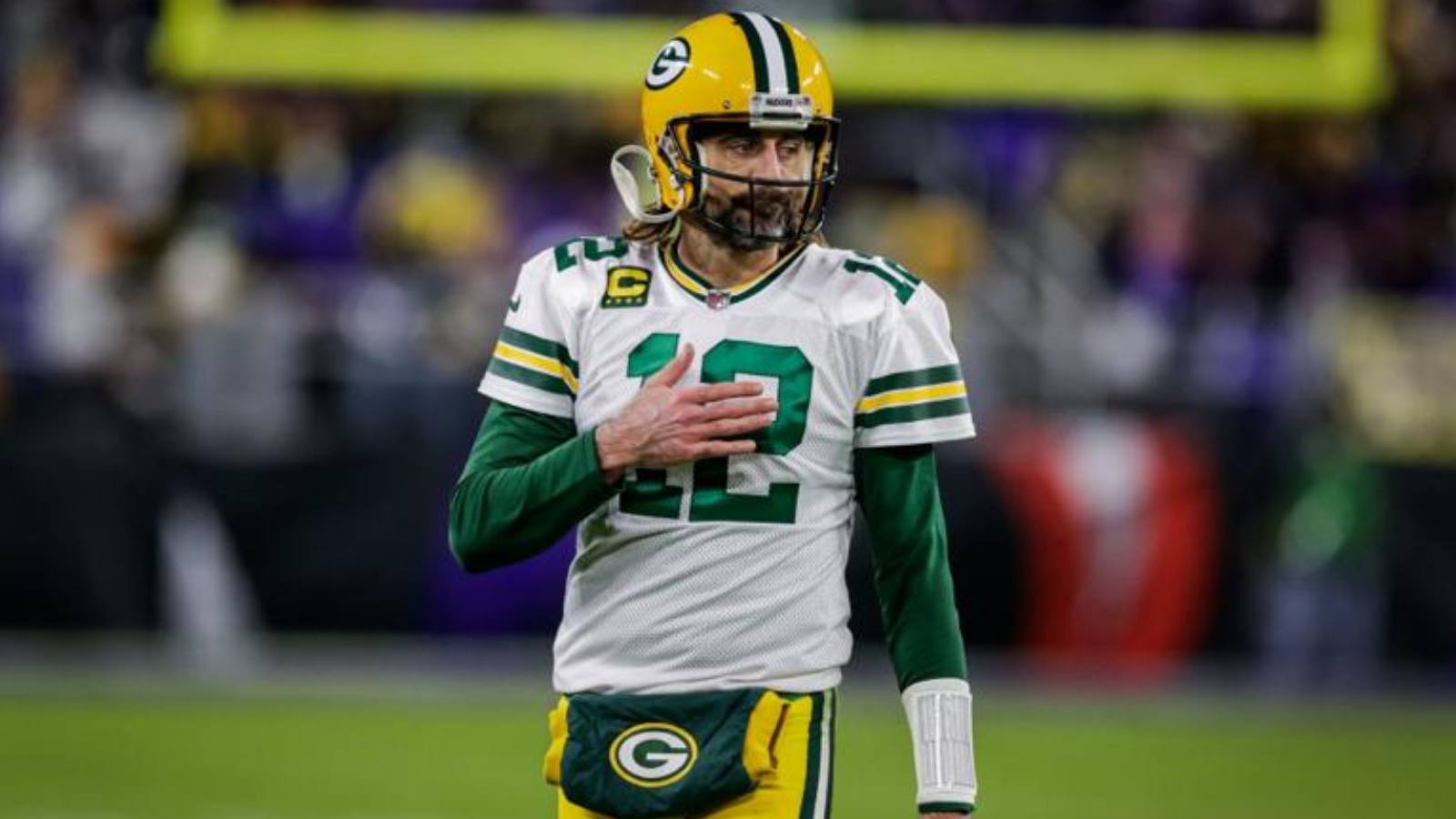 Aaron Rodgers is one of the biggest names in the NFL. Some call him ignorant, while many also consider him a free-spirited man who is willing to swim against the tide. A fact that no one can deny is that he is indeed one of the finest quarterbacks in the game.

Although it is true that he loves to stay in the news, his performances haven’t been affected by the controversies and as a result, he was named the MVP for the second time in a row. However, as soon as the season ended for the Packers, speculations about Rodgers’ future started surfacing.

“The Lions should get Aaron Rodgers”: Nick Wright

Recently, renowned NFL reporter Dianna Russini claimed on the Rich Eisen show that Aaron Rodgers might have asked for a huge raise in order to stay with the Packers. According to her, Rodgers has demanded an amount in excess of $50 Million per year to play for Green Bay.

Innumerable experts and fans reprimanded Rodgers for his move but Aaron told Pat McAfee that all such reports of him asking loads of money to stay with the Packers are ‘categorically’ false. Talking about where Aaron might end up in the future, Nick Wright had a few points to make on “First Things First.”

Nick suggested that the Lions should consider going all-in to get Rodgers in their side. “What if the Detroit Lions call. We’ll give you our No. 2 pick. We’ll give you the extra pick from the Rams and another one. Do you not think they could at least use that as leverage with Aaron,” Wright said.

“We’ll trade you. We have a great trade on the table right now. It happens to be to Detroit. You want to come back? I do think the Packers have the ability to play some type of hard-ball, if they would like to,” he further said on the show. It’ll be interesting to see where Rodgers finally ends up in the coming season.

Also read: “We Agree to Disagree”: Shailene Woodley and Aaron Rodgers have decided not to talk to each other on this topic