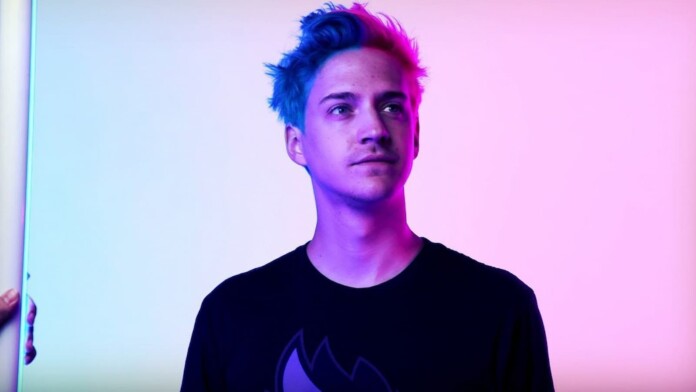 Who is Richard Tyler “Ninja” Blevins?

Richard Tyler Blevins better know as Ninja is an American streamer and YouTuber. Ninja is one of the most recognized faces in esports and gaming in general. He is also one of the richest if not the richest gamer in the world. Ninja took Gaming and streaming to higher places that no one has ever taken.

Ninja started his esports career whilst competing in H1Z1  before representing some of the best organizations in the world in a seven-year-long Halo career. Ninja played for teams like Cloud9, Team Liquid, and Evil Geniuses. This extremely gifted player found his stardom in Fortnite Battle Royale.

Ninja is the Richest gamer in the World right now. In the gaming community Ninja is called, “The first gamer who made $100M”.

Ninja earned $5 Million with the Fortnite Creator code in one month. Currently, he has 24.2M subscribers on Youtube $20k – $60k every month from Youtube. Ninja reportedly earns 0.5 Million USD every month from his youtube streams and donations.

Ninja signed an exclusive deal with Microsoft Mixer that deal alone made Ninja $30 Million. Alongside that, Ninja also has a Twitch deal, and a youtube deal. Ninja has an exclusive deal with companies like Adidas, Red Bull. Ninja has his own skins on multiple games. At one point Ninja had more than 300k paid Twitch subscribers. Combining all this wealth Ninja’s Net worth is around $50 Million.

Ninja has probably the most number of awards any streamer (not esports player) had in 2018. In the past 3 years, Ninja has been nominated for more than a dozen streaming and internet personality awards. He has won more than a handful of them.

Ninja has been on television multiple times. He was invited to several mainstream late-night talk shows. Ninja appeared in Nickelodeon’s Unfiltered as himself on Episode: “Donut vs. The Volcano”. He was also part of The Masked Singer (American TV series) season 2. He also filmed an upcoming Movie “Free Guy”.

He was born in Taylor, Michigan. Chuck Blevins is his proud father. He has two brothers named Jonathan Blevins, Chris Blevins, and John Blevins. He married his longtime girlfriend and fellow Twitch streamer Jessica Goch in 2017.

Ninja lives with her wife in Los Angeles, California in the United States of America. His house is worth more than $1 Million. he got the ultimate gaming room in his house.

Ninja Joined youtube 11 Nov 2011. In his youtube journey, he earned himself 24.2M subscribers and astonishing 2,414,953,760 views. He uploads his gameplay and clips of his streams on his Youtube channel.

As of now, Ninja has 16.6M followers on his Twitch channel. He is one of the few creators who had more than 300k paid subscribers at once. His viewership on Twitch goes up to hundreds of thousand concurrent viewers. It always stays between 10k – 40k depending on the time and game he is playing.

This 29 years old streamer found his interest in Instagram reels recently. Ninja uploads funny reels, brand promotions, merch promotions, and personal photos with his friends and family. He got 14M followers on Instagram.

Ninja got his own skins in multiple games. These are not skins that just look like him, these skins were made for him, like him. He was the first gamer to get his own Fortnite skin. He also got himself a skin in the uprising game of 2020 Fall Guys, He is one of the very few people who got their skin in the game that they love to play.

Games that Ninja plays on Stream

Ninja is in such a high position right now if he plays a game that game starts to grow. He does not play the trending games, the game he touches becomes trending. Currently, Ninja plays Fortnite, League of Legends, Valorant on his stream most of the times. But he almost plays every new game that comes out. after he quits Competitive Valorant, he got more time to stream other games on Stream.

Why is Ninja so Rich?

Ninja has exclusive deal with platforms Twitch, Mixer, Youtube. He is one of the faces of popular brands like Adidas and Red Bull. His Youtube and Twitch channels bring him a huge amount of money as well.

Does Ninja have kids?

No, Ninja and his wife Jessica Blevins do not have kids.

Is Ninja a Millionaire?

Yes, Ninja is a multi-millionaire.

Is Ninja a Billionaire?

No, Ninja is the richest gamer(strictly gamer) ever but as of now he is not a Billionaire.

How much Ninja weight?

What is Ninja’s height?

How much does is Ninja’s house worth?

Yes, Tyler Blevins aka Ninja is Married to Jessica Blevins.

Ninja started his esports career whilst competing in H1Z1. He got most of his popularity while playing Fortnite.

How old is Ninja?

What is Ninja’s Religion?

Ninja is the richest gamer(strictly gamer) right now. His net worth is around $50 Million.

No, Ninja did not quit the game valorant. He just quit from Competitive Valorant scene.

This was all you needed to know about your favorite Gamer/Streamer Richard Tyler “Ninja” Blevins.