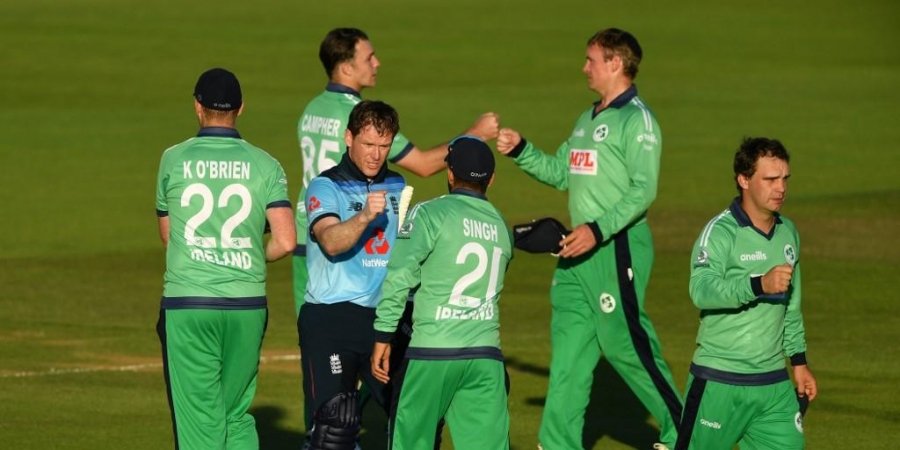 In a breathtaking fashion, the opening series of the inaugural ICC Men’s Cricket World Cup Super League came to an end, as Ireland amazed England in the third and the final ODI to end the series 2-1 in England’s favor.

Ireland, after deciding to bowl first, started very well as they sent back Jason Roy, Jonny Bairstow, and James Vince quite cheaply. But, to put the host again back on top, England captain Eoin Morgan and Tom Banton put together a 146-run stand.

However, here came the turning point with another fightback in the form of a 73-run partnership between Tom Curran and David Willey, who scored 51 from 42 balls before they were all out for 328 in the final over.

Ireland captain Andrew Balbirnie and opener Paul Stirling set the platform for the monumental win, to chase down the total with a ball to spare. Stirling smashed 142 off 128 balls while Balbirnie scored 113 off 112 as the two shared 214 runs. Later, Kevin O’Brien and Harry Tector shared an unbeaten partnership of 50 runs and scored the eight needed off the final over, however, to register a thrilling win Ireland made sure to keep things under control and went on.

While England missed the opportunity to take all the 30 points available in the three-match series, Ireland got off the mark in the ODI World Cup Super League With the win in the third ODI.

13 teams vie for direct qualifying places in the next World Cup in India in 2023 as, teams are awarded 10 points for a win, five for a tie, no-result or abandoned match and none for a loss in the ODI World Cup Super League.

As for now, with the remaining two getting a second chance through a Qualifier, India and seven other teams will make it directly from the league.