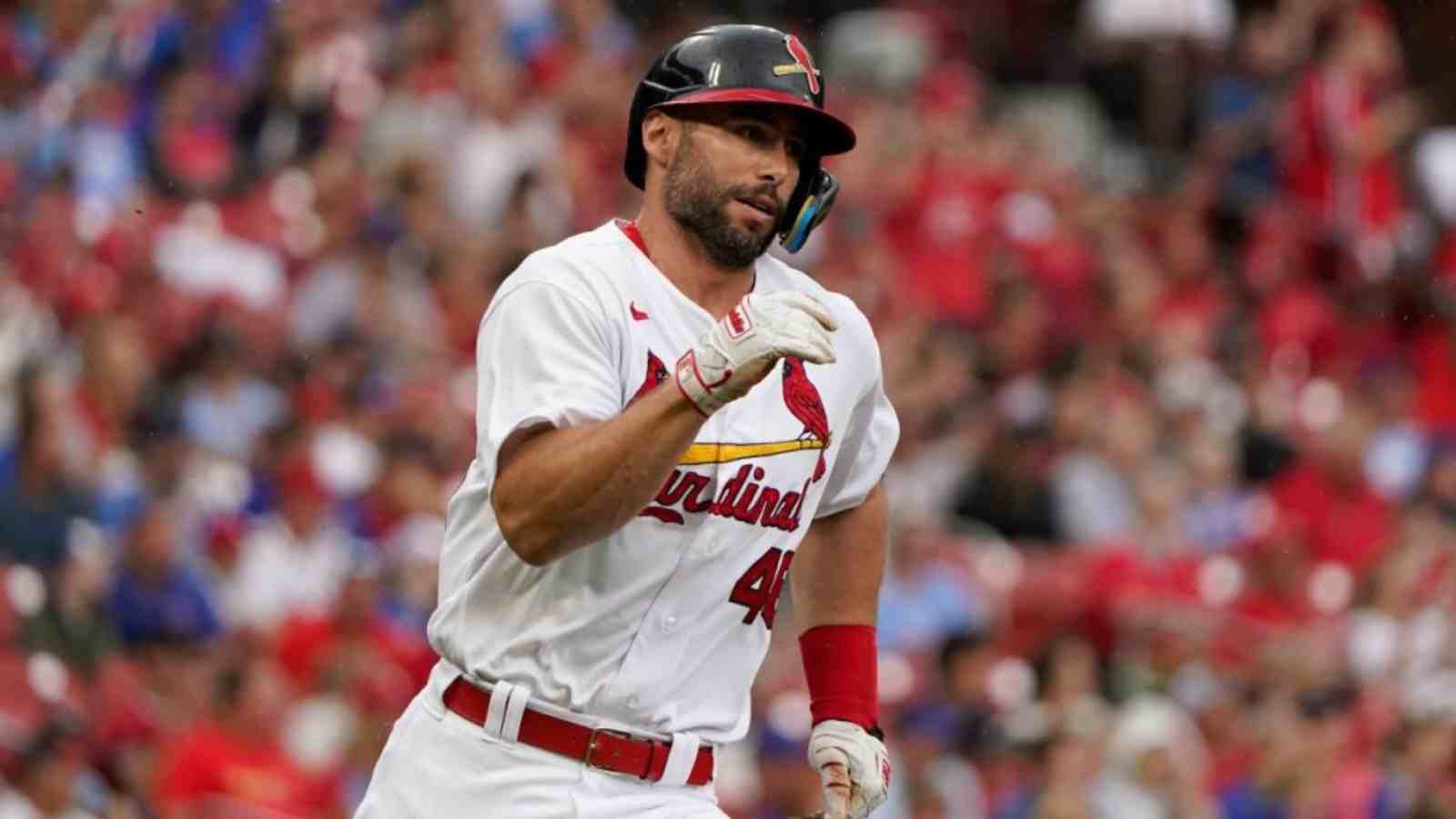 Paul Goldschmidt is St. Louis Cardinals’ star first baseman; he recently received his first National League MVP (Most Valuable Player) for the 2022 season. The 35-year-old right-hander finished twice as runner-up for the NL MVP but finally made it this season. He started his MLB career with Arizona Diamondbacks and played for them for 8 years.

The 7-time All-Star was traded to the St. Louis Cardinals in exchange for Luke Weaver, Carson Kelly, Andy Young, and a Round B pick in the 2019 MLB draft. Cardinals signed Paul Goldschmidt recording the largest contract in the franchise history surpassing the $120 million contract with Matt Holiday made in 2010.

Goldschmidt was born to a Catholic mother and a Jewish father. His parents, David and Kim raised three children in their Catholic household. Paul has 2 younger brothers (Adam & Robbie).

The 2022 NL MVP had a liking towards baseball and enrolled himself at Texas State University to play for the Texas State Bobcats baseball team. The became the Southland player of the year in 2009 setting records for the Bobcats with 36 HRs and 179 RBIs.

He married Amy Glazier in October of 2010 and was blessed with 2 children, a son, and a daughter. They came to know each other in the study hall of Texas State University, soon classes together turned into a romantic relationship. Soon Paul started his All-Star career and Amy handled the house with the kids.

“Obviously it’s a lot of work, especially for Amy, but we just have so much fun,” Paul said. “I get to play with him all the time. Now, instead of looking for stuff to do, we definitely have everything planned with him keeping us busy.”

Goldschmidt’s estimated career earnings tally up to $162,400,000 keeping in mind the $26 million he will receive from the St. Louis Cardinals for the 2033 and 2024 seasons. Paul is handled by the Agency Excel Sports Management.

In 2020, Paul and Amy Goldschmidt bought a house from Golf Player Louis Oosthuizen for $5.5 million. A 10,418-square-foot home at 12230 Tillinghast Circle was bought under the company name Tillinghast Palms LLC, owned by the couple.

Goldy has often been known to be quite selective of his endorsements and style of living. He is part of a business venture named ‘Chef’s Cut Real Jerky,’ he even set up a charity called ‘Goldy’s Fund 4 kids’ which hosted events raising funds for the Phoenix Children’s Hospital.

Which team did he admire as a child?

Goldschmidt was a Houston Astros fan.

What is his height?

How much has Paul Goldschmidt earned in his MLB career?

What number jersey does he wear for the St. Louis Cardinals?

He won the Gold Glove, Silver Slugger, NL Hank Aaron Awards. He was also the NL HR and RBI leader.

Also Read: How much money did the New York Yankees offer Aaron Judge?

Also Read: “Makings me look like a MONSTER”- Yasiel Puig raises voice against INJUSTICE, pleads not guilty to lying in illegal gambling probe