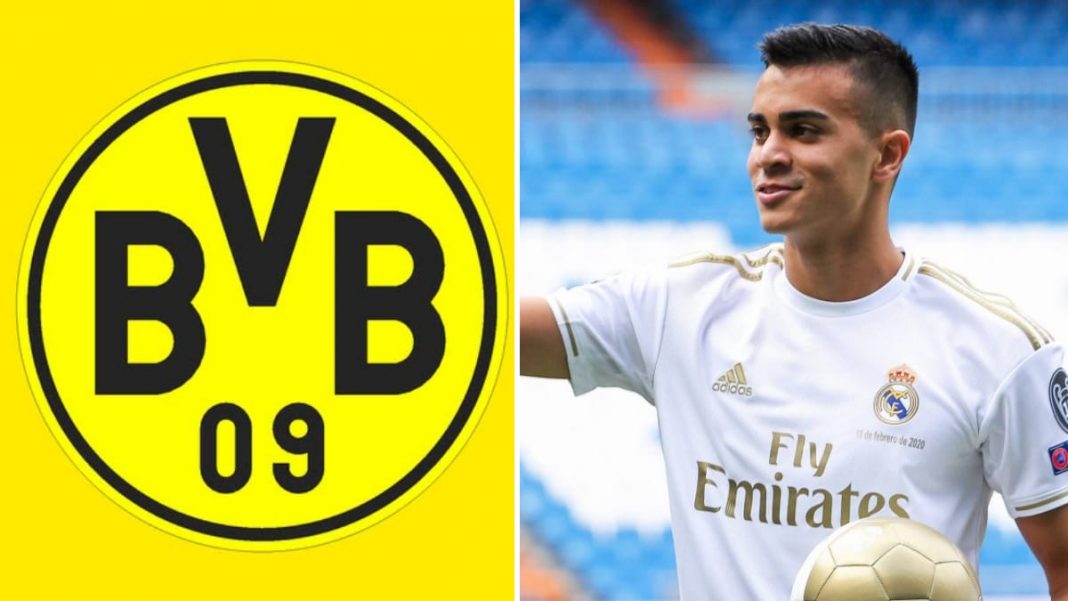 The Brazilian starlet, Reinier is ready to play his football in the Bundesliga next season. Borussia Dortmund boss Lucian Favre confirmed that the club is in talks with Real Madrid over a deal to sign Brazilian starlet Reinier on loan.

The 18-year-old joined Los Blancos from Flamengo in January over a transfer fee worth €35 million (£30m/$39m). The teenager signed a 6 year deal before joining up with Real Madrid’s Castilla side. However, he is yet to make an appearance for the senior Real Madrid team, although the Spanish giants are keen for the youngster to gain some first-team experience.

After Favre’s side won against the Austrian Wien by a margin of 11-2 on Sunday, Dortmund coach Lucian Favre told that a deal was close.

“We want to loan him,” he told Sport1. “But it’s not done yet. It’s in the pipeline. He’s a nine-and-a-half and can also play as a false striker and on the wing”. “From what I’ve seen, he’s very good offensively and a very, very good finisher.”

If Reinier completes a move to Dortmund he would become their third major signing of the summer after Thomas Meunier. Meunier signed a four-year deal after moving from PSG on a free transfer in June, 2020. Favre’s side also captured Birmingham teenager Jude Bellingham last month after beating Manchester United for a transfer fee of €25m (£23m/$29m).

The arrival of Reinier may spark fresh speculation about the future of Dortmund forward, Jadon Sancho. Although, the 20-year-old is wanted by Manchester United. The talks between the two clubs failed to produce a deal earlier this summer. It gave Dortmund no chance but to declare that the former Manchester City youngster would be staying at the club for the 2020-21 campaign. However, the Red Devils are still chasing the winger’s signature, despite Dortmund’s stance.

Both Sancho and Bellingham scored in Dortmund’s friendly victory over Austria Wien on Sunday. It was their second win during their pre-season training camp in Switzerland. Giovanni Reyna, Emre Can and Thorgan Hazard were also among the scorers.