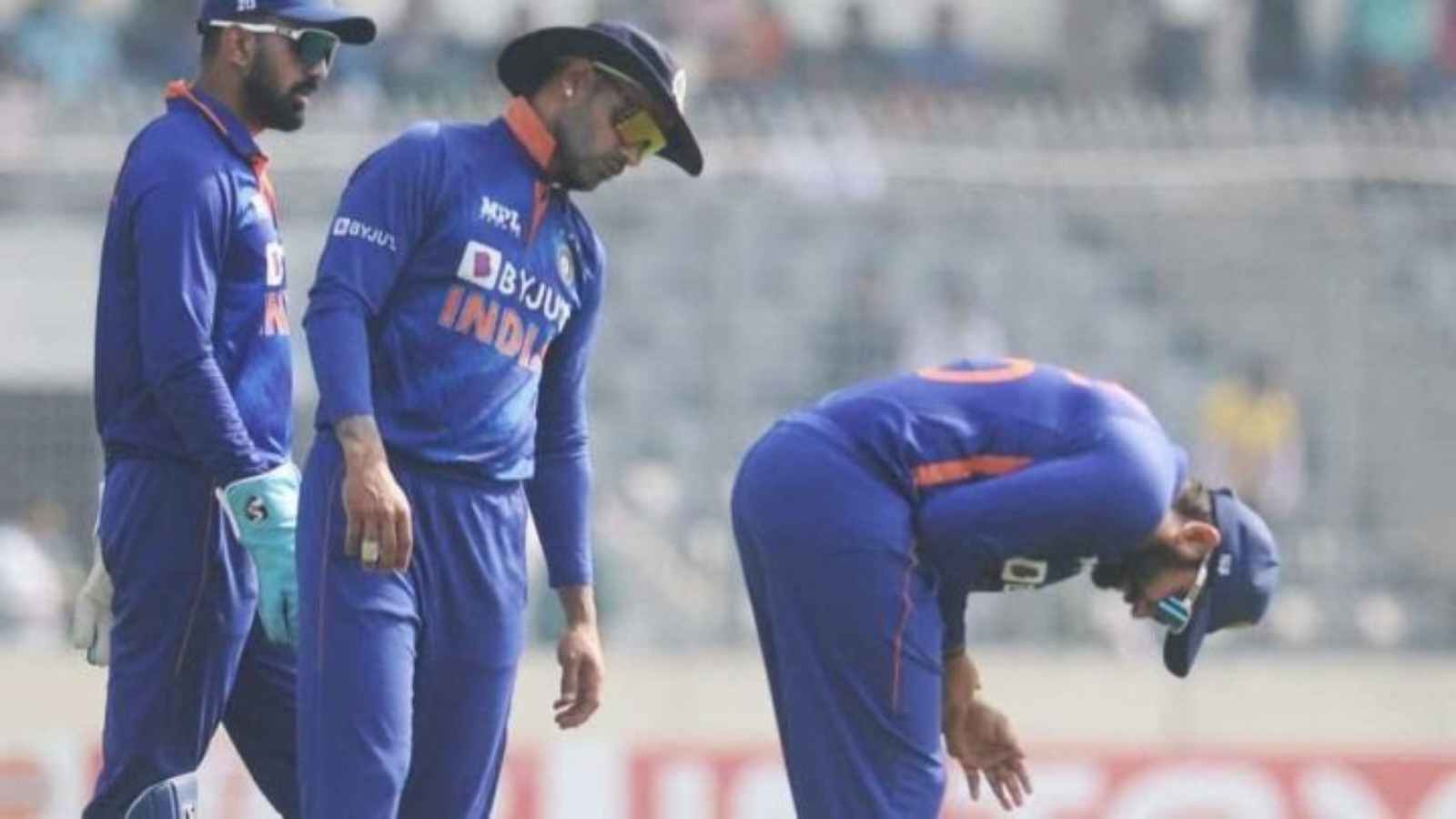 Rohit Sharma hurt his thumb while attempting a catch

India skipper Rohit Sharma suffered a thumb injury while attempting a catch at slips when India locked horns with Bangladesh for the second ODI on Wednesday (December 7) at the Sher-e-Bangla stadium in Dhaka. He immediately left the field and did not walk out to even open India’s innings.

The incident happened in the second over of Bangladesh’s innings. When Rohit was fielding at slips, Anamul Haque was at strike and he edged Mohammed Siraj’s ball, which traveled toward Rohit. He failed to catch the ball but ended up injuring his thumb.

He left the field immediately and was sent to the hospital for scans. Vice-captain KL Rahul is now the stand-in skipper for the ongoing 2nd ODI. In the 39th over, TV commentators said that Rohit had returned from the hospital, but he did not play further. He did not open alongside Shikhar Dhawan as well and Virat Kohli was promoted to open India’s innings.

Deepak Chahar injured his hamstring in the ongoing match

India pacer Deepak Chahar has been dealing with injuries for the last couple of months. First, he tore his quadricep muscle during the T20Is against West Indies in February and then injured his back while undergoing rehab for the quad injury at the NCA.

Due to the injuries, he missed the Indian Premier League and did not play a game until the Zimbabwe tour in August. Then a stiff back ruled him out of the final two ODIs against South Africa. He did not play in the T20 World Cup 2022 in Australia as well.

In this match, he walked off with a stiff hamstring. He bowled only three overs in the powerplay throughout the innings.

Chahar’s presence would have helped India restrict Bangladesh to a small target but all-rounder Mehidy Hasan’s 100* off 83 and Mahmudullah’s 77 helped their team reach 271/7 in their allotted 50 overs. These two stitched a 148-run stand between them for the seventh wicket when the hosts were reeling at 69/6.

So far India have scored 55/3 in 14.4 overs with Shreyas Iyer and KL Rahul at the crease. Iyer scored 22*, while Rahul scored an unbeaten seven. Men in Blue lost their openers, Virat Kohli and Shikhar Dhawan, in the second and third over, respectively.