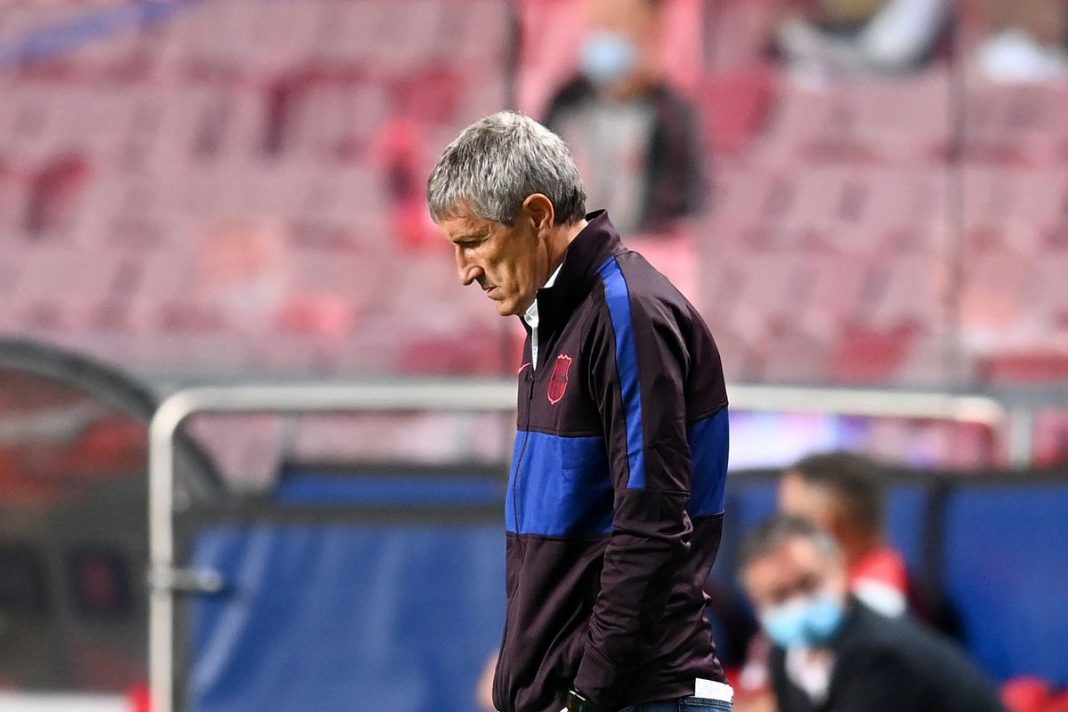 Quique Setien, Barcelona coach declined to answer on concerns regarding his future after the Catalans saw a humiliating 8-2 defeat against Bayern Munich.

In January, Setien took incharge of the Catalans from Ernesto Valverde. After Barca’s recent topple in the La Liga allowing Real Madrid to their 34th title had many people asking questions about his future at the club.

Setien failed to clarify what went horribly wrong after the match while telling that thinking of his departure from the club is rather quick.

Setien on his future told Movistar:

“It was a tremendously painful defeat. I think there were too many goals.

“The team was overwhelmed; we had started pretty well. But the dominance of Bayern in a lot of aspects was too much for us.

“Right now everything is too close to think about whether I will stay on or not, won’t be up to me, we have to reflect on this properly, taking into account the situation and the importance of such a humiliating, painful defeat.”

Gerard Pique recently said that he would step down from the club in order to allow drastic improvements until the coming season.

“I won’t get into that. I’ve been here only six, eight months,” Setien said when asked about the defender’s outburst.

“I don’t know, right now there is enormous frustration and all we can do is make our conclusions and decisions for the future. In a club of this size, this hurts a lot.”

The outcome indicated that Barcelona finished the season 2019-20 without collecting any titles and won’t settle well with the supporters or the management of the team.

What did Bartomeu had to say on sacking Setien?

“It has been a very, very tough night. I am sorry for the Barca fans and members, for the player, for everyone.

“We were not the club that we represent, I am so sorry. Today is a day for reflection. Tomorrow we will try to raise our fans’ spirits following such a heavy defeat.

“It was a devastating result. I congratulate Bayern, they played a great game and deserved to go to the semi-finals. We were not up to the occasion, and we can only apologise to the members and fans.”

“I prefer not to say anything about the coach. Many decisions were already made before playing the Champions League, but today is not the day.” – Bartomeu said on Setien’s future at Barcelona.

Barcelona legend Eric Abidal who is currently the director of football has also been asked questions about his role at the club.