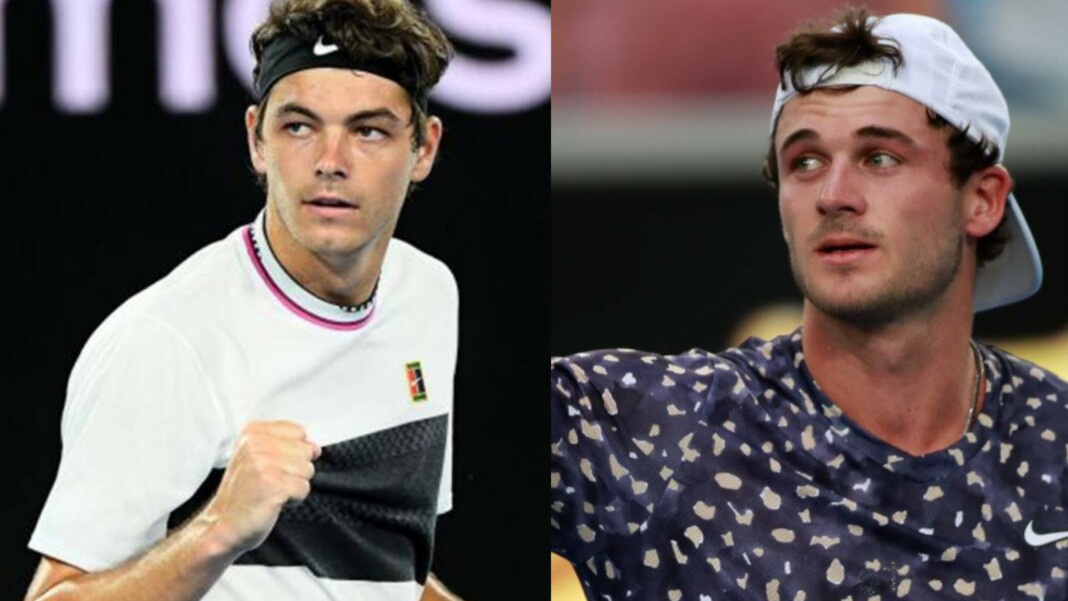 World No. 26, Taylor Fritz of the USA will take on compatriot Tommy Paul, World No. 53, in the second round of the 2021 Stockholm Open on Wednesday, November 10.

Taylor Fritz had a poor start to the season but has really turned it around with some strong recent performances. He had a run to the Finals a couple weeks ago in St. Petersburg, beating his current opponent Tommy Paul along the way. He followed that up with a very impressive quarter-final showing at the Paris Masters, pushing eventual champion Novak Djokovic in two tight sets.

He started strongly here at the Stockholm Open, defeating Egor Gerasimov in the First Round and looks in good shape heading into this match with Tommy Paul.

Tommy Paul has also been impressive in recent months, winning eight of his last 12 matches, which includes a run to the fourth round at Indian Wells.  He defeated local player Leo Borg in straight sets in the opener, not facing many break chances on his serve and dominating the match from the baseline.

He is up against it here against Taylor Fritz, who recently beat him in straight sets in Paris and would be looking to avenge the same however, Paul is the underdog here and will have to have a very good day to cause the upset here.

The second-round meeting in St. Petersburg was the only time that Taylor Fritz and Tommy Paul have played each other. Fritz leads the current head-to-head by a 1-0 margin.

Fritz will now be looking to cap off his season with a deep run in Stockholm. The American has a huge serve which will be very difficult to handle on this surface, and his forehand is quite a fearsome weapon also.

The two have been doubles partners for a long time and are familiar with each others’ playing style. Fritz’s aggressive mindset was key in his win over Paul last month at St. Petersburg and he is likely to repeat the same whereas Paul, on his part, will need to come up with a different gameplan in order to avenge the loss suffered earlier.

One thing is for sure, this match will be full of big serving and lots of power hitting. Both players are very talented and experienced, and are capable of winning this match. That being said, Taylor Fritz is playing at a level above Paul and has much more high level experience. I expect Fritz to be the more composed player and he should be able to get through this match without too many problems, moving on to the quarter-finals here in Stockholm.

‘It’s a lot of adrenaline going on, I hate to lose,’ Daniil Medvedev on provoking the crowd

WTA announces action-packed first half of the 2022 season!

“Be ready for it”: China threatens countermeasures as USA announces diplomatic boycott of Beijing Olympics