‘Teaming up with my friend!’ Rafael Nadal shares his excitement about REUNITING with Roger Federer at Laver Cup 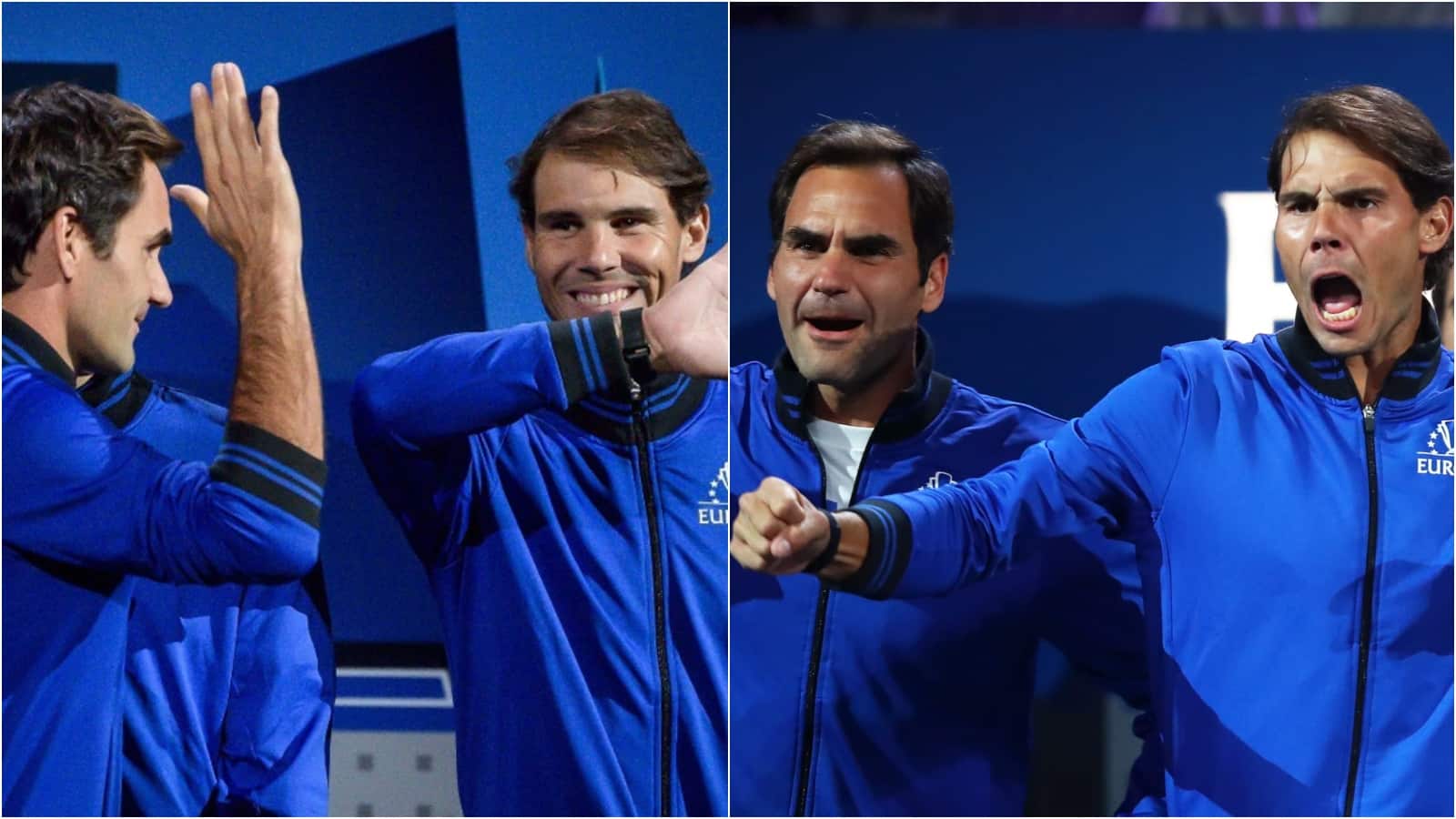 A few days ago, Spanish legend Rafael Nadal scripted history by becoming the first man in tennis history to win a 21st grand slam title. He came from two sets down and defeated second seed Daniil Medvedev in the final to win his 2nd Australian Open title. In doing so, he overtook Roger Federer and Novak Djokovic to take the all-time grand slam lead.

And now, Nadal has confirmed that he will participate in the 2022 Laver Cup later this year along with old-time friend and rival Roger Federer. The mega event, which will be held in London this year will feature the ‘Fedal’ duo for the second time in Laver Cup history. Earlier, they both competed in the 2017 Laver Cup and even played a doubles match together.

As soon as Laver Cup announced the confirmation, Federer expressed his excitement and now, Nadal too has shared his views on playing with Federer on the same team once again. He shared his views on Instagram and said that he is looking forward to play with his ‘friend’ Federer. The Laver Cup will be a three day event which will be played in late September this year at the O2 Arena.

“Super happy to be coming to London for the Laver Cup. It is always great to play tennis in front of all my British fans, with Team Europe and teaming up with my friend @rogerfederer 💪🏻👏🏻 See you there!!” Nadal wrote.

Nadal to take a few weeks off

Nadal is currently back home in Spain and will take a few weeks off before returning to tour again. His next big target will definitely be the clay-court season and the French Open but he will play a couple of tournaments before that. He is scheduled to play at Acapulco in 2 weeks’ time but he hasn’t made a final call on that. From there, he will travel to California to play the Indian Wells Masters- an event that he missed last year.