World No. 26 Elise Mertens of Belgium will face World No. 30 Danielle Collins of the USA in the fourth round of the Australian Open 2022.

Danielle Collins came back from a set and break down in her second set to defeat Danish teenager Clara Tauson 4-6, 6-4, 7-5 to advance to the fourth round. Tauson who upset 6th seed Anett Kontaveit in the previous round, started the match well and broke Collins twice to win the first set. The second set was similar to the first, albeit this time Collins was the one who emerged as the winner. In a tight final set, the American managed to hold her nerve and edge out the Dane to win the match on her fourth match point.

Elise Mertens defeated Shuai Zhang 6-2, 6-2  to book her place in the fourth round. Mertens won 75% of her first serve point and made only 9 unforced errors compared to Zhang’s 28. The Belgian broke Zhang five times and dropped only one service game to wrap up the match in just 72 minutes. This the third successive year that the Belgian has managed to make it to the fourth round.

This is the third meeting of the duo. Their head-to-head currently stands at 1-1. Their previous match was at the WTA Fall Chicago Tennis Classic last year, in which Collins won 6-2, 6-4.

Mertens has been of the most consistent players at the Grand Slams, she has managed to make it to the third round at all the Slams since 2018. She has dominated her opponents in all her matches and is yet to drop a set in the tournament. She has a 16-4 win-loss record a the Australian Open, her best record across all her Slams.

Collins has a 10-3 win-loss record at the Australian Open, her best result was a semi-final finish in 2019.

The match might go the distance as both the players have a reliable first serve and also have an aggressive playing style. Mertens might just manage to win this match considering her form in the tournament so far.

Also read: “I’m warming up in the first set and then start playing” Aryna Sabalenka wins another 3-setter to reach the 4th round at the 2022 Australian Open 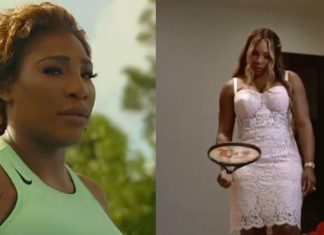 Pritha Ghosh - May 13, 2022
Serena Williams can be seen practising more fiercely than ever before in an Instagram video.