World No. 2 Aryna Sabalenka continues to battle opponents and her service game as she defeats Marketa Vondrousova 4-6, 6-3, 6-1 in 1 hour and 49 minutes on the Margaret Court Arena. This was Sabalenka’s third straight match where she dropped the first set and had to fight her way back into the match and win the next two sets.

Speaking in the press conference, Sabalenka was all jolly and was a self-critic to her service game and candidly spoke about what was going right for her and what was not as it looked Vondrousova could race with the match but a spirited comeback stopped her. “It was a tough match, she started really well and I am just really happy that I could win this match, it was a tough one,” said Sabalenka.

“That’s why I am over trying and missing a lot and after the first set when you are losing, you’re like ‘I don’t have to overhit and panic early’, maybe that’s why (I am winning in 3-sets),” added the Belarusian.

Also Read: “I realise what freaks the guys at the top of our game are,” Liam Broady astonished by the sheer quality of Rafael Nadal, Roger Federer and Novak Djokovic 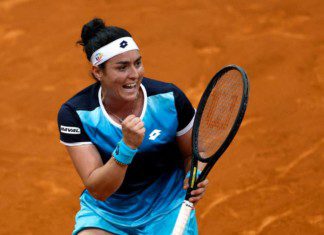