The first Grand Slam of the season in the form of the Australian Open 2022 is finally here. The tournament will kick off on 17th January, Monday in Melbourne Park which will be the 110th edition of the Grand Slam and the 54th in the Open Era.

Former champion Rafael Nadal, who remains the only champion in the main-draw of the men’s singles after 3-time defending champion Novak Djokovic was denied entry, will start his campaign in the hunt for his 21st Grand Slam title and his 2nd Australian Open title against Marcos Giron.

As for Giron, he made his tournament debut in the 2020 Australian Open where he lost in the first round and faced a similar fate in the 2021 edition. He will take on the 5-time finalist Nadal without a win to his name in the Australian Open. Marcos also lost both of the matches he played this season while Nadal comes from a title win in the 2022 Melbourne Summer Set.

Rafael Nadal vs Marcos Giron Live Stream, When and Where to Watch live

In their first-ever career meeting, Nadal will be the favourite to win the clash and go ahead in their head-to-head record. The match is scheduled to be held on the Rod Laver Arena on the opening day and one can expect a great reception for Nadal who will be only the Big-3 member playing at the Slam this year.

Also Read: “The GRAND SLAP,” Twitter reacts to Novak Djokovic being THROWN out of Australia by the Federal Court! 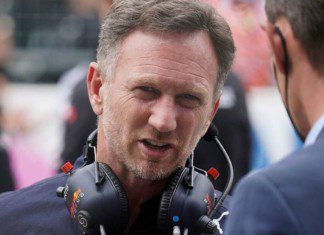 Riddhi Mondal - May 12, 2022
The title race in Formula 1 is like a thrilling joyride that takes place all through the year, and never fails to attract millions...