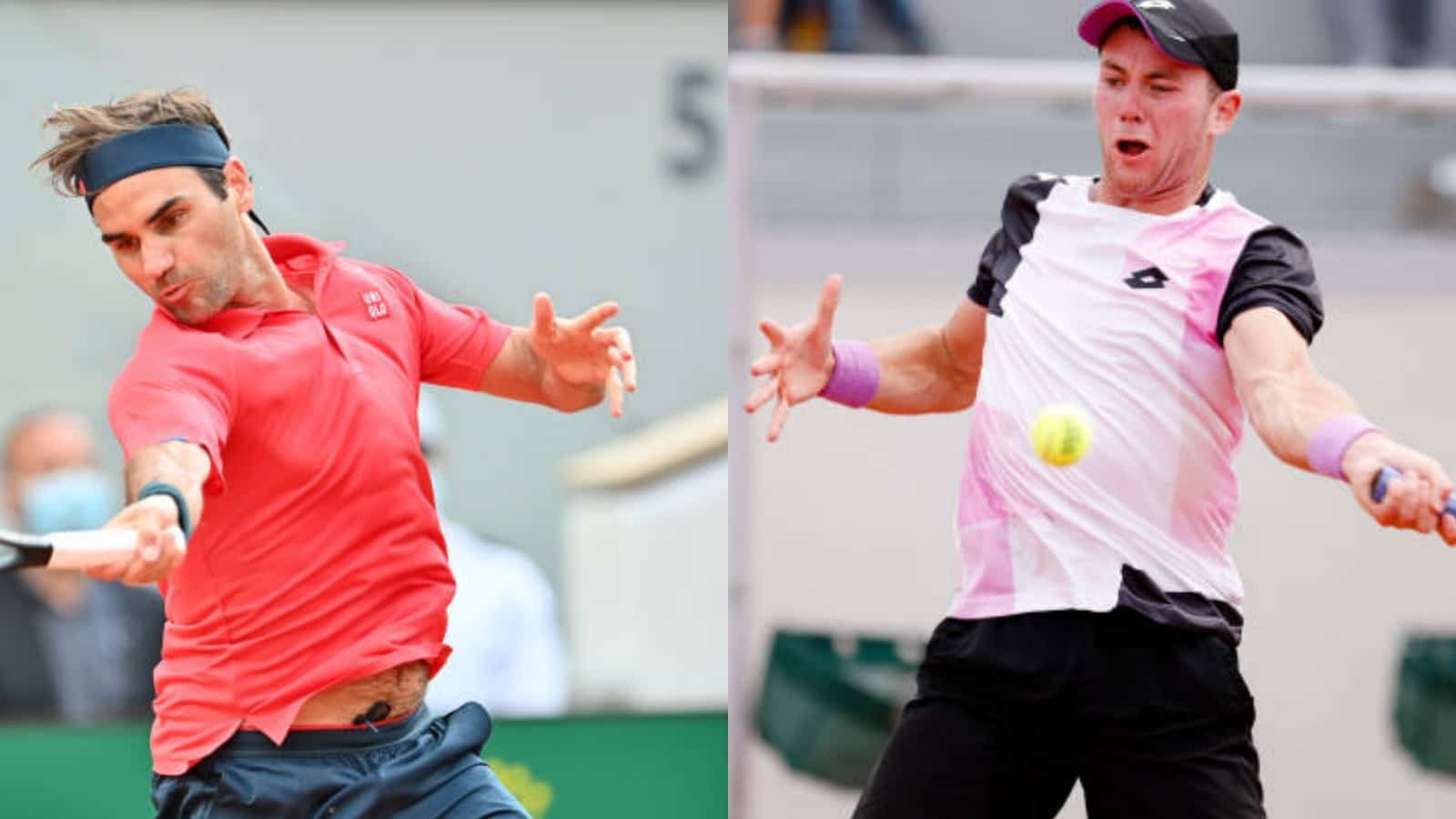 20-time grand slam champion, Roger Federer will be up against Dominik Koepfer in the third round of the 2021 French Open. Federer is ranked 8th in the world while Koefer is the World No.59.

Swiss legend Roger Federer played his first match on Clay two weeks back in Geneva in two years but with progression, he is looking more and more himself and is pushing up the ranks. In Paris, he has already defeated two of his old foes, Denis Istomin and Marin Cilic.

He defeated Istomin in straight sets in the first round and then got the better of former US open Champion Marin Cilic in four sets 6-2,2-6,7-6(4),6-2 on Chatrier on a beautiful Paris evening. He looks focused and knows the weapons he has, but admirably seems to take his journey one step at a time.

His opponent, Dominik Koepfer has been in amazing form this Clay season. He reached the quarter final of the Geneva Open and has dropped just one set in Paris this week. He defeated local Mathias Bourgue in the first round and knocked out 30th seed Taylor Fritz in the second round in four sets 6-3,6-2,3-6,6-4.

This will be the first meeting between the duo. The two players haven’t met on tour yet and hence the H2H stands deadlock at 0-0.

Roger Federer will go in as the favorite to win the match but Koepfer will not make things easy for him. The German is coming off a brilliant victory over Fritz and will be confident coming into the match. But Federer’s class will out shadow the him and his best chance to get a set off Federer will be if he serves well. Expect a tricky match for the Swiss, but he is likely to make it to the Round of 16.