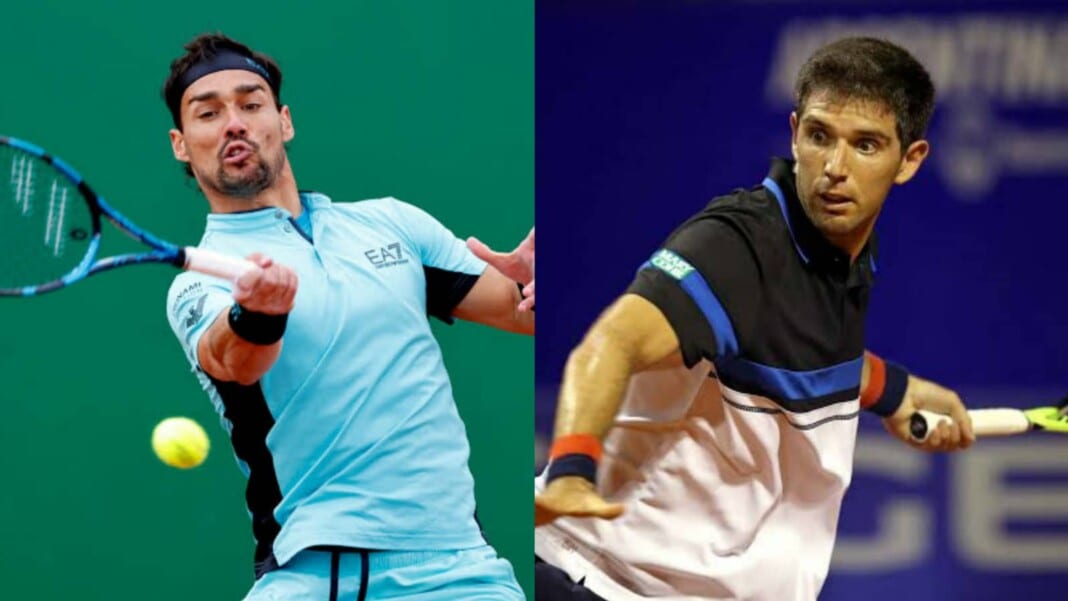 27th-seed Fabio Fognini will aim to make it to the last-16 when he takes on Federico Delbonis in a Round of 32 encounter at the French Open 2021. Fognini, a veteran of the sport, is playing some of the best tennis of his career of late and will want to make the most of it, with getting a favourable draw at Roland Garros helping his cause.

Talking about the performance in the tournament so far, Fognini is yet to drop a set. The 34-year old Italian after swatting aside Gregoire Barrere 6-4, 6-1, 6-4 in the first round, was up against a tricky opponent in the form of Marton Fucsovics in the next round. However, the world no.29 didn’t face much of a problem as he outclassed Fucsovics in straight sets 7-6, 6-1, 6-2.

On the other hand, completely opposite to Fognini, Delbonis has lost at least a set in both of his previous matches. The 30-year old Argentine secured a hard-fought victory over Radu Albot in the opening round, prevailing 6-1, 2-6, 6-0, 6-1. Delbonis then faced Pablo Andujar, the man who tamed Dominic Thiem in the first round, in the Round of 64. The World No.51 came back from 2 sets-to-one down to beat Andujar 4-6, 6-1, 3-6, 6-3, 6-2 to register arguably the best result of his career so far.

Little would anyone know, that Fognini and Delbonis have faced each other a whopping 7 times, with the Italian currently leading the head-to-head record by a margin of 5-2. They last faced each other two years back in the same event, that is, the French Open 2019 in a second round clash, where Fognini triumphed 6-4, 3-6, 6-3, 6-3.

It’s hard for Delbonis to match the level of tennis that is being played by Fognini right now, which means it should be a straightforward match for the Italian until he messes it up. Delbonis has already exceeded the expectations and he can come out all guns blazing, which can cause trouble to Fognini initially, but he is too good a player to get distracted by the initial onslaught.