Polish tennis star Iga Swiatek has 3 career titles to her name. Her current ranking according to the Women’s Tennis Association is World No.8 and her highest ranking was World No.4. She took part in the Adelaide International tournament this year in which she reached to the quater finals and was defeated by World No.1 Ash Barty.

Now Iga would be seen competing for the first Grand Slam title of the season, the Australian Open. Her match will be with Harriet Dart. Harriet is a British professional tennis player. Her current ranking according to the WTA is World No.120 and she has four ITF titles to her name.

Recently a fan of Iga posted a picture of her on Twitter. In the picture, the player’s outfit for the upcoming Australian Open was revealed. The brand she will wear is ASICS.

Iga would be seen wearing a sleeveless jersey which is grey coloured and has white, purple, yellow and light blue patches. It also has cuts on either side of the top. Along with this, she would be wearing a white pleated sports skirt and purple coloured sports shoes with blue and yellow patches and white stripes. She will also wear yellow wristbands.

Iga’s fans are going crazy to see their star again on the field competing for the title. This would be the chance for Iga to win her second Grand Slam title and end her two-year-long drought of Grand Slams. 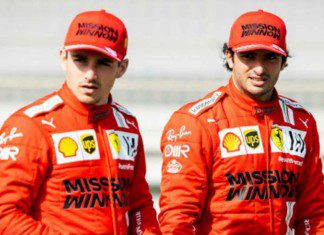