Rafael Nadal is all set for making a comeback into the tennis world (after suffering from a left foot injury in August), he is all set to return at the Mubadala World Tennis Championship. The Spaniard will be looking to retain his title but even more importantly he’ll be looking to get some much-needed match practice ahead of the much more important tournament down under.

However, some experts have warned Nadal for making such a quick comeback.

Alex Corretja had some concerns over Rafael Nadal’s early return into Tennis. Corretja believes that it will take Nadal some time to readjust the rhythms for high-level tennis.

“What worries me the most about Rafa’s recovery are his movements,” Corretja said in an interaction with EuroSport. “His mobility on the court, his intensity, the way he is going to move, the way he will do the supports when he hits the ball,” Corretja added.

He also said, “When he moves well and is well supported to hit his backhand and arrives perfectly to play with his parallel forehand and dominate, Rafa is almost impossible to beat. The problem is how he gets to that ball so he can be well supported and hit well. That extra half second that he needs today is what worries me the most. The rest, I think it’s a matter of time before he picks up some rhythm.”

Nadal must’ve decided on making a slightly ahead-of-scheduled comeback to get some match practice before the Australian Open. However, the Spaniard needs to focus on his recovery as well, since he will also get time to find his form in the first week in Melbourne.

After losing the Semi-Finals at the Roland-Garros against Djokovic and not being able to contest in the US Open due to the injury, the 20-time major champion would be dying to make a comeback. However, Nadal needs to be conscious about his injuries and needs to take calculated risks to last till the first major of 2022, which is just slightly more than a month away now. 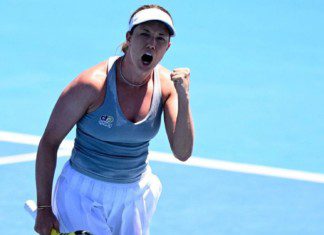 Sarthak Shitole - January 24, 2022
World No. 30 and the 27th seed Danielle Collins defeated the 19th seed, Elise Mertens, to enter the quarter-finals of the ongoing 2022 Australian...