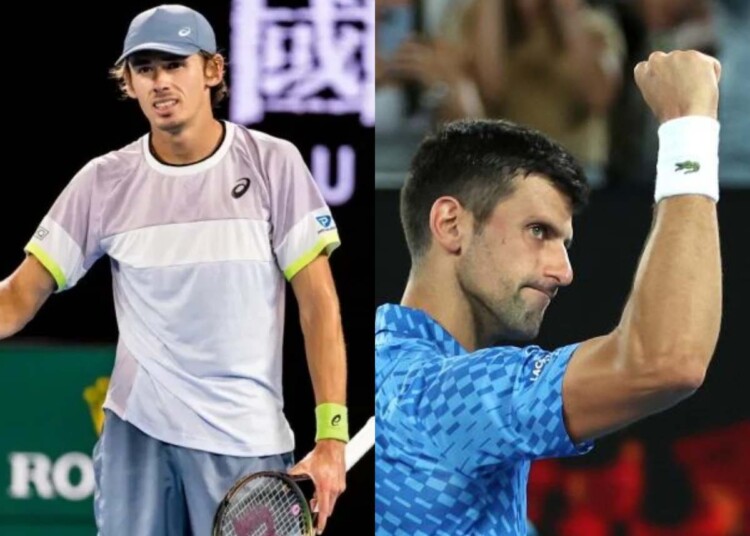 Alex de Minaur was salty after his fourth-round loss to 21-time Grand Slam champion Novak Djokovic. Minaur lost in humiliating fashion, winning just 5 games in the match. And the painful defeat seemed to hurt him a lot.

After the match, Minaur theorized about Djokovic’s hamstring injury which has hampered him at the 2023 Australian Open. Minaur said, “I think everyone’s kind of seeing what’s been happening [regarding Djokovic’s hamstring injury] over the couple of weeks. It’s the only thing everyone’s been talking about. Either I’m not a good enough tennis player to expose that, or it looked good to me.”

Minaur was heavily criticized for saying this. Many mocked Minaur by saying it was both the things he stated. Many called him a sore loser and urged him to make peace with the loss. But some backed Minaur and said the Serbian legend was using the injury as a safe excuse if he gets knocked out. Djokovic himself confirmed that he had his best day since getting the injury. He played brilliantly and nearly won the second set without dropping a game. His relief with the improvement of the injury was clear to see.

Djokovic said, “Obviously I was dealing with an injury, I don’t feel anything today. I think my medical team, my physio, I thank God. I don’t take anything for granted, so let’s keep it going. I’ve been taking a lot of pills and it’s not ideal, but not those kind of pills, guys, anti-inflammatory pills. Really today was the best day so far and hopefully it stays that way.” He seemed to be at the top of his game and backed up his favorite tag on his way to the quarterfinals.

Related: No pain no gain, this does not apply to Novak Djokovic as he storms into the quarter-finals of the Australian Open

Djokovic was in the mood to play tennis. The nine-time Australian Open champion was at the races from minute one of the fourth-round clash with Minaur. With the home crowd backing the local boy, Djokovic had to be his own source of motivation. But he has been here before.

At 2-2 in the first set, Djokovic decided he wanted to get this over with quickly. He won the next four games to wrap up the set. He then got even better during the second set. Djokovic was ruthless as he raced to 5-0 to extend his record to nine games in a row. Minaur could only win one game as the Serbian closed out the set. The third set was much the same, with Djokovic getting to a comfortable 4-0 lead and winning the match in just over two hours.

The show of dominance by Djokovic will be a warning to the remaining players. The Serbian is back to his best, with the injury not hindering him as much. And he’s coming for the title.