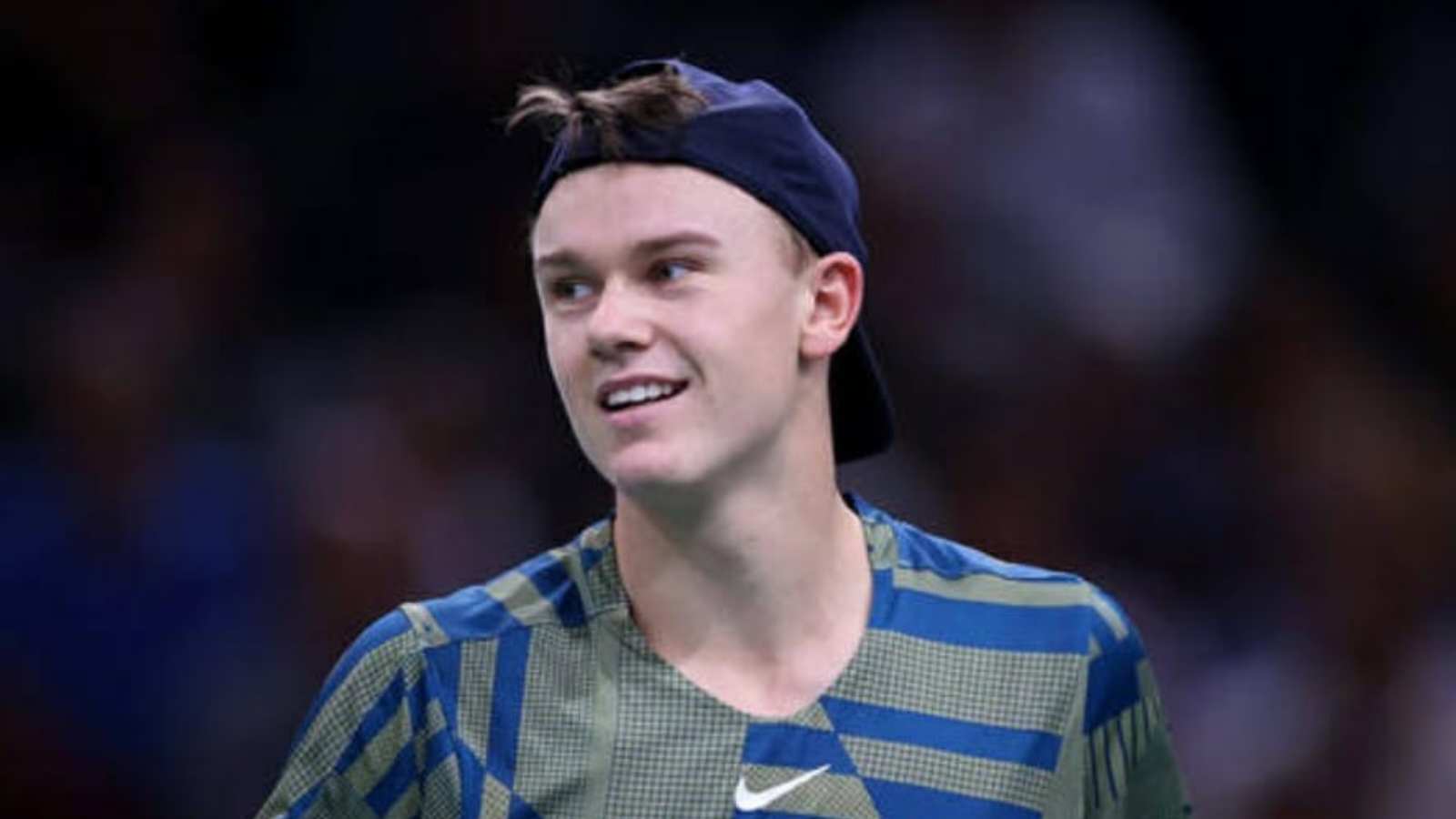 Danish prodigy Holger Rune has been one of the successful players on the ATP Tour in 2022. He created history by defeating Novak Djokovic at the finals of Paris Masters since Boris Becker in 1986. He put up incredible performances during the tournament as he became the first man to beat five top-10 opponents in the same event. He was voted as the Newcomer of the Year at the 2022 ATP Awards for his splendid performances throughout the year.

He appeared in six final appearances on the ATP tour while managing to win it four times. He started the year being ranked No 99 and became the second youngest male player to feature in the Top 100 after Carlos Alcaraz. He managed to defeat Stefanos Tsitsipas twice throughout the year, one was at the finals of the Stockholm Open and the other being at the fourth round of the French Open.

The nominees’ list include Jack Draper, Jiri Lehecka, Ben Shelton and Chun-Hsin Tseng as the award is presented to players entering the Top 100 for the first time in the calender year. At the start of the year, Holger Rune made his debut into the Top 100 rankings but ended the year being ranked within the Top 15. He was super-stoked upon receiving the award and appreciated his colleagues to have voted for him. He even went admitted that he is eagerly waiting for the start of the next year.

“I’m super happy that I’ve been awarded with Newcomer of the Year, this means a lot. I’ve worked very hard the whole year to do as well as possible, and it’s really nice to see that my colleagues [voted for] me, so it means a lot. I just can’t wait for 2023, and it’s going to be hopefully another great year,” as Rune said after posting a video to express his deepest gratitude.

He is one of the promising players on the ATP Tour who has managed to cement his place among the elites at such an young age. He won the Sanremo Challenger, Bavarian International, Stockholm Open, and Paris Masters. His best Grand Slam performance of the year has been at the French Open where he was defeated in the quarterfinals by the finalist Casper Ruud.

Patrick Mouratoglou started coaching the young 19-year-old in the second half of the year although he is an alumni of his academy. Under his leadership, he reached four finals and won twice of them. The French tennis coach was ecstatic and overwhelmed when Holger Rune denied Djokovic‘s chance to defend his title in Bercy. Mouratoglou revealed about the mindset of the World No 11 before playing against the Serb at the Paris Masters final. He admitted that he could find the Danish player under immense pressure, unlike other days.

During one of the interview, Holger Rune went ahead to reveal about his goal of 2022 where he had hoped to make it into the Top 15 in the world. He claimed that there isn’t a complete plan for the coming season 2023 season but admitted that he is concentrated on winning a Grand Slam for sure. Holger Rune further stated that he believes he can do it as he aspires to be ranked inside the Top 5.