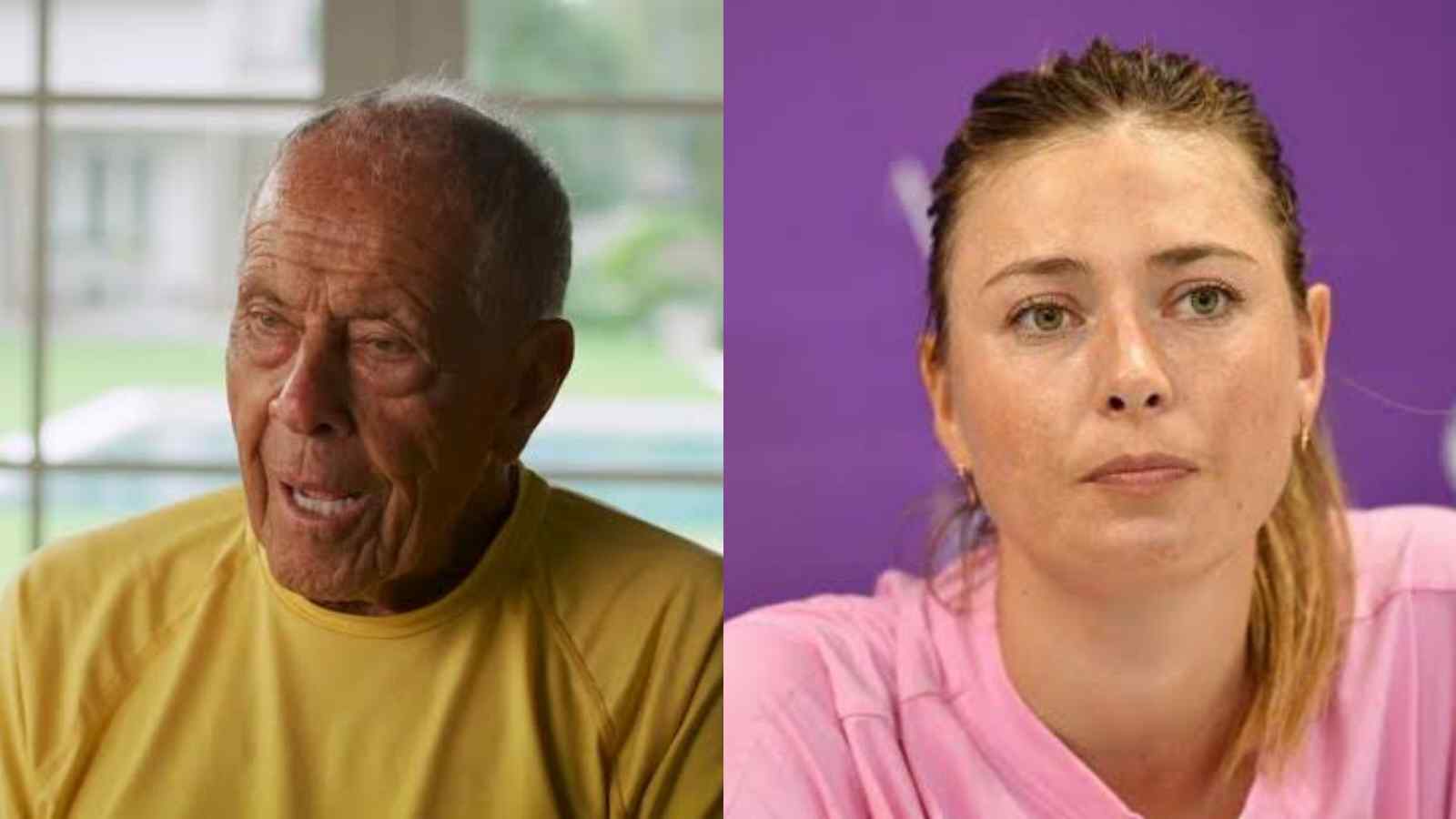 Retired tennis legend Maria Sharapova is one of the greatest players of all time who has played a crucial role in revolutionizing women’s tennis. She is also regarded as one of the most beautiful players who drew numerous endorsements and brands to her kitty. She heaped in words of praise for Nick Bollettieri and appreciated his contribution to her life.

The former world number one from Russia had one of the most controversial setbacks in her career of almost two decades when she failed to pass a drug test and was provisionally suspended from competitive tennis. She has been the highest-paid female athlete in the world for 11 consecutive years since she turned pro in 2001.

The American tennis coach had trained the five-time Grand Slam champion under his sports management company IMG. As he passed away on the 5th of December, an old video surfaced online where Sharapova spoke words of appreciation for his support in gratitude and thanked him for his selfless guidance in shaping her career. It showed her heartfelt tribute to the deceased coach.

“The impact that Nick Bollettieri had on me, my family, and so many of my closed ones was immense. He would always make the greatest efforts and it wasn’t because I was a great tennis player. It was because he really cared about those individuals. Can’t think of any other people, coaches, or mentors throughout my career that have really made that strong impact on my life,” said Maria Sharapova.

Maria Sharapova ventures into the world of NFTs and Web3 technology

Apart from being one of the greatest tennis players, she is also a successful businesswoman. Maria Sharapova has shown her interest to venture into NFTs and is constantly getting into the crypto world after building ‘Sugarpova’ from scratch. She even plans of including women in Web3 as she believes it could be a strong area for her to invest in the long term.

She stated that she wants women to experiment with Web3 even though it is a very new concept. She cited examples to prove her point and compared the scenario that it will take time to get used to new technology just like she had felt when social media wasn’t that trending. She admitted that it took her years to get comfortable with social media.

Maria Sharapova won her first Grand Slam title at Wimbledon in 2004 when she was just 17 years of age and is amongst the elite list of women to have completed a calendar slam. She announced her retirement in 2020 owing to her constant injuries and thereby, not being able to perform her best game of tennis with her final major singles title win being at the French Open in 2014.

Also Read: “I do regret saying that,” Stefanos Tsitsipas issues an apology to Andrey Rublev for calling him unworthy of winning at ATP Finals