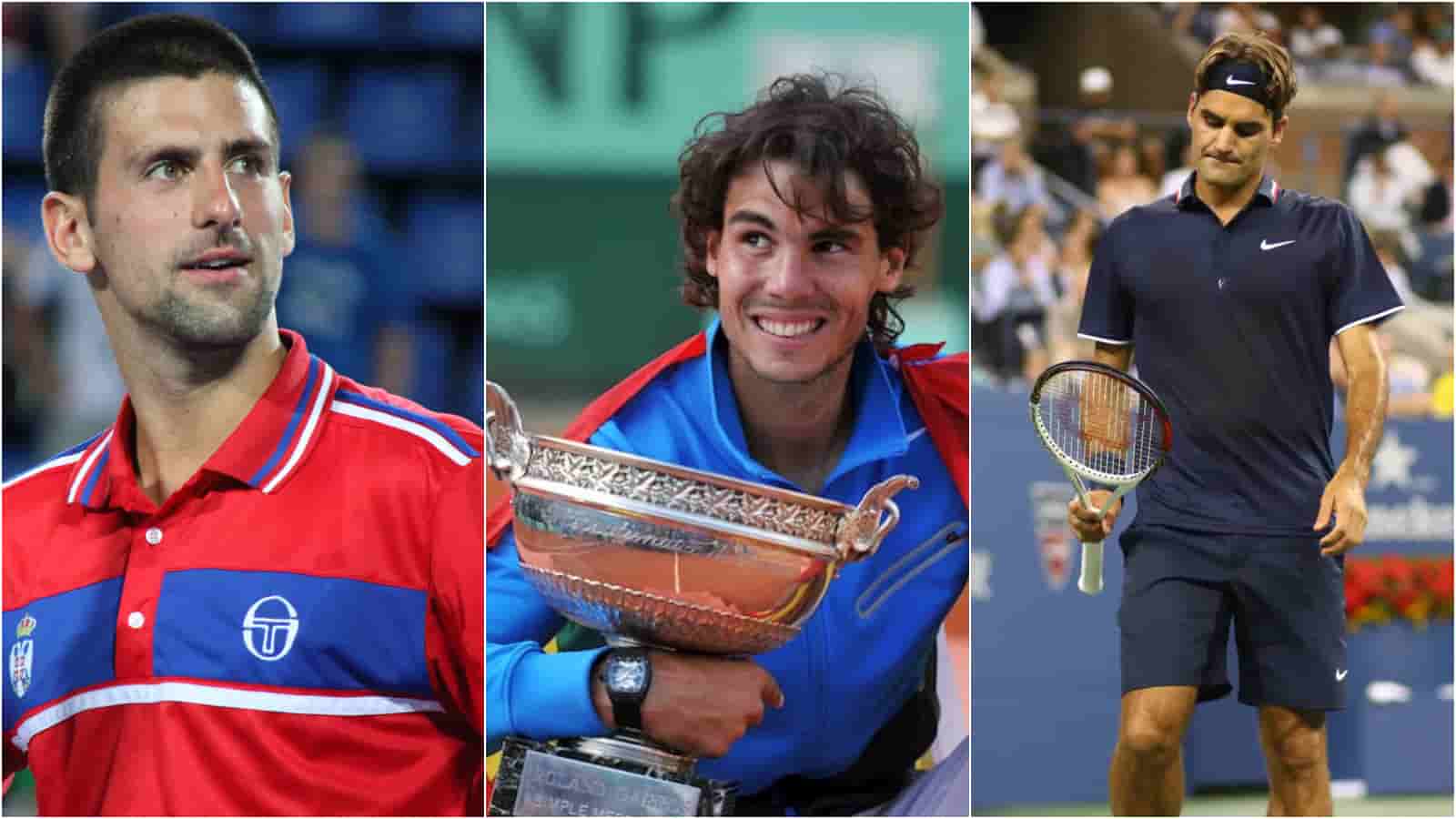 Novak Djokovic, Rafael Nadal, and Roger Federer have long been in the debate for who among the trio is the GOAT, the Greatest of All Time. The trio are the only players on the ATP Tour to have won atleast 20 Grand Slam titles with the next best in the active players being Andy Murray and Stan Wawrinka tied on 3 majors each.

Nadal currently leads the pack with 22 Grand Slam titles to his name, closely followed by Djokovic with 21 of his own. Federer was the first one to win 20 majors but could not add another to his name before retiring from the game in September this year. Nadal was the first to tie and eclipse Federer and Djokovic followed soon after having won 4 of the last 8 Grand Slam events.

Djokovic, Nadal, and Federer have each avoided the GOAT debate as much as possible. Having separated themselves from the Tour to be called the Big-3, they share mutual admiration and respect for each other and have shown on it numerous occasions both on and off the court.

However, during the 2011 season, a 23-year-old Djokovic surprised everyone. The Serb had won 2 majors by then but was yet to reach the World No. 1 position. Having won the 2011 Australian Open, Djokovic defeated Nadal in the finals of the 2011 Indian Wells Masters and Miami Masters as well to complete the ‘Sunshine Double‘. Djokovic would go on to win Wimbledon and US Open as well later that year.

During the presentation ceremony in Indian Wells, Djokovic, despite winning the title, showed humility and went on to call Nadal the ‘GOAT’. Djokovic had said, “It’s a pleasure playing against you. You are a big champion and for me, you’re the greatest player ever.”

Also Read: Toni Nadal feels Rafael Nadal’s foot injury at the French Open was the decisive factor in his nephew’s trophyless second half of the 2022 season

Djokovic is 35 years old while Nadal is 36 and yet the two combined won 3 of the 4 majors this year. Djokovic also went on to win the 2022 ATP Finals, his 6th trophy lift at the event yet again proving his pedigree. Djokovic was unfortunate to have been insultingly thrown out of Australia this year but he put it all behind him to stage a brilliant comeback in the second half of the season winning 5 titles.

Djokovic was the 3-time defending champion this year before being deported. It surely did open up the draw and Nadal was not going to miss out on a chance like that. As the Serb gets the clearance to play in Australia once again, the 2023 Australian Open promises to be an exciting affair as Nadal will be the defending champion.

Djokovic will be eyeing revenge for this year and his 10th Australian Open title that could take him at par with Nadal on 22 majors each. Djokovic also lost his place as the World No. 1 which he can reclaim next year as he is 2000 points or a Grand Slam worth points short of current World No. 1 Carlos Alcaraz.

Also Read: “I’m the hungriest” Alexander Zverev issues an open threat to the likes of Nick Kyrgios, Stefanos Tsitsipas, and the field at the 2022 Diriyah Tennis Cup

Also Read: “You taught Tsitsipas in Wimbledon that he is stupid” Fans react to Nick Kyrgios’ self-claim of winning the Coach of the Year award