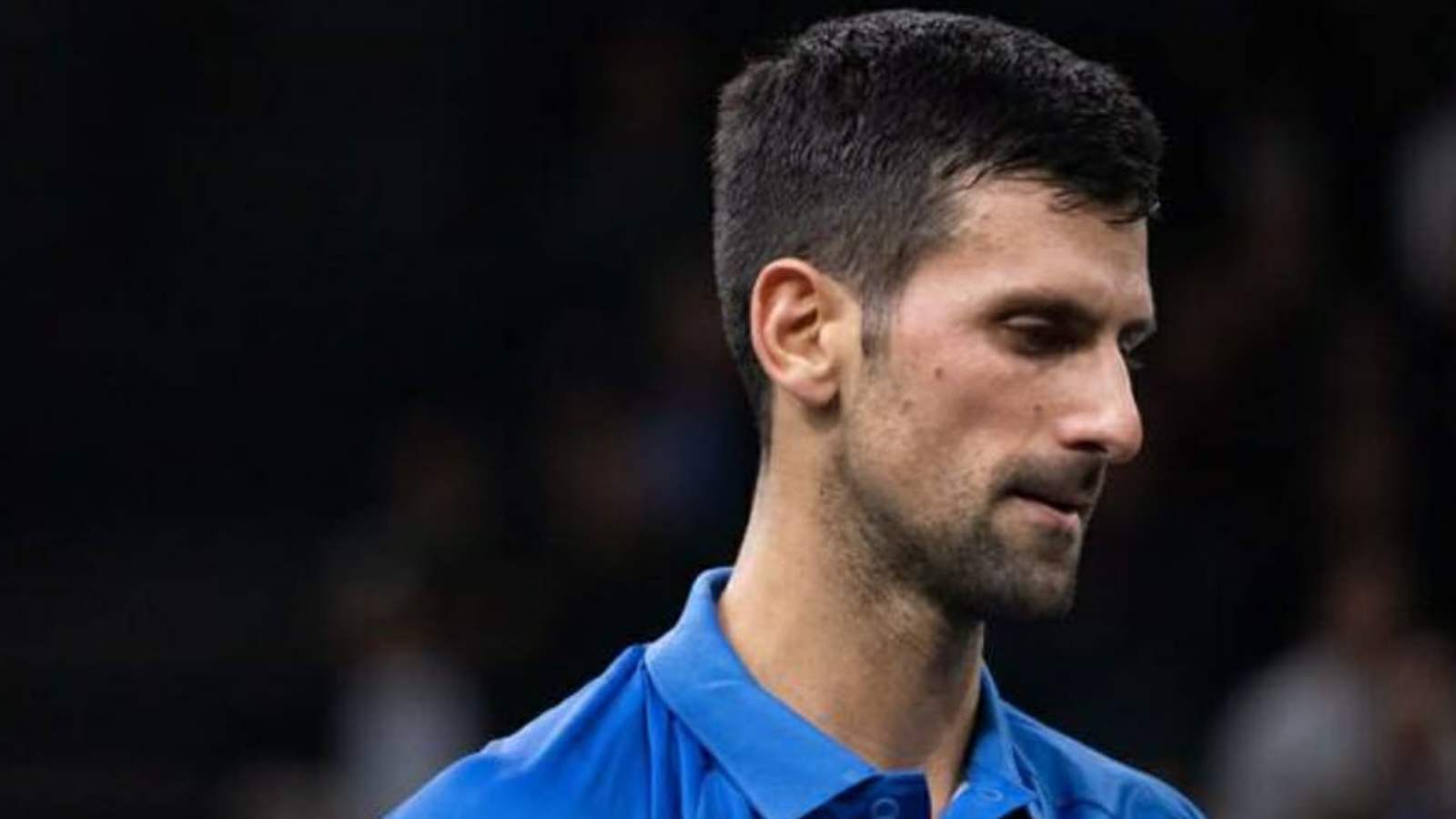 The 21-time Grand Slam winner Novak Djokovic clinched his fifth title of the year at the 2022 ATP Finals. He dropped only one set throughout the tournament. Though he won against Medvedev in the Group stage, he was seen trembling strenuously during the course of the match, which drew concerns over his health. The Serb revealed the reason for experiencing tremors during his campaign at the Year-end Championship.

The 7-time Wimbledon champion admitted that the match against the 2020 ATP Finals champion was quite tiring for him and experienced one of the toughest matches. He claimed that physical and mental health took a toll and credited his team, who help him recover on time with the best routines with the best possible combinations.

During an interview, Djokovic said, “I did struggle with the match with Medvedev. This was the toughest match of the week for me, no doubt. It was not easy to recover and to really be able to play well in the semis in less than 24 hours after that match, that thriller against Medvedev. What can I say? I have great physio. I have a great team. I have routines that work for me very well, I feel like, in terms of recovery. I think most of all it’s what you tell yourself. We talked about it.”

Continuing his train of thoughts, he further added that “I think someone asked me after the Medvedev thriller, Where is the limit? I really feel that limit often exists only in your mind and your perspective. In those moments where you have pain, this or that, you don’t feel maybe like standing up in the morning, whatever it is, there has to be something, whatever it is for all of us, that gets us up from the bed. It’s the heart, the mind, whatever the life force or the fuel is for you.“

Also Read: Novak Djokovic satisfied with his journey from the Australian Open fiasco to winning the ATP Finals which impacted him personally and professionally

The 2022 Wimbledon champion faced a major setback when he was deported from Australia after reaching the country on a valid medical exemption, which was later denied. He was forced to skip the Australian Open and failed to defend his title. The tennis professional even missed all tournaments in the North American leg, but started with a campaign after the US Open. He reached four consecutive finals and won thrice out of them.

Novak Djokovic ended the year ranked in the Top 5 of the ATP rankings. He expressed his satisfaction with his performances throughout the year as he finished on a winning note despite the fiasco in Down Under in 2022. He also thanked the support of people all over the world, especially his team and family, who stood like the strongest pillars of strength.

He hopes to carry forward his momentum into the year as he claimed that he does not lack any motivation. He looks forward to his campaign at Melbourne Park in 2023 as he makes his comeback after two years. Novak Djokovic named the Australian Open his most successful Grand Slam as he will aim for a record 10th title and with a chance to equal the singles Grand Slam title record with Rafael Nadal.

Also Read: Casper Ruud believes he needs to take lessons from Novak Djokovic and Rafael Nadal on stepping up his game when needed to win big titles