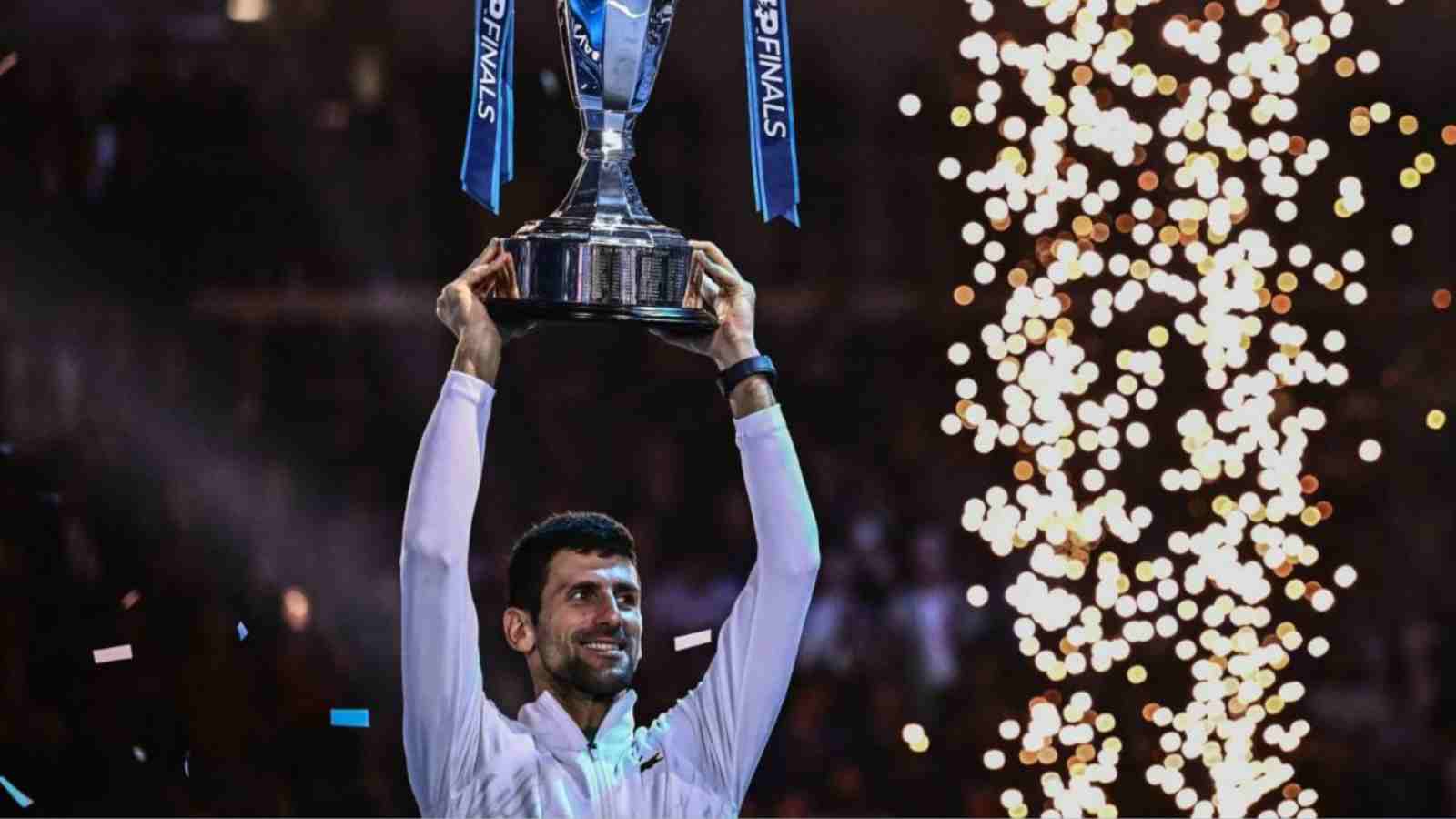 Serbian legend Novak Djokovic gave a perfect finish to the season by winning the 2022 ATP Finals title by defeating the Norwegian Casper Ruud in straight sets. It was his sixth title at the Year-end championship, which came after a gap of almost seven whole years. Following the incredible win, the Serbian legend expressed his satisfaction as he looks upon his performances of the year, especially after the Australian Open fiasco.

It all began with his deportation from Australia due to his unvaccinated status, even after reaching the country on a valid medical exemption, which was later denied. He was even forced to skip all the tournaments in the North American swing. But despite all the controversies, the Serb has been flawless on his comeback after the US Open as he reached four consecutive finals while managing to win three out of them.

Djokovic won 17 out of his last 18 matches and ended the year in the Top 5 rankings. He stated that it has been quite a satisfying journey for him, especially after the tough circumstances he had faced at the start of the year. He also thanked the support of people all over the world, especially his team and family, who stood like the strongest pillars of strength.

During an exclusive interview with Eurosport, the 2022 Wimbledon champion exclaimed, “Of course, very satisfying and pleasing considering the journey this year that started really badly in Australia with all the things happening. So this victory is even bigger, as I said, considering the circumstances that my team, my family, and I have been through, but I felt I was not alone. I felt big support from my people, from Serbia, from the region. It’s been an amazing finish, I couldn’t ask for a better scenario.”

Continuing his train of thoughts, Novak Djokovic further added, “Midway through the season that started to happen, and I won Wimbledon and after Wimbledon, I think I lost one match only. It was just a matter of time before I would find that balance and optimal strength in my game in order to really peak and start playing the best tennis I possibly can.“

The 21-time Grand Slam winner created history by becoming the oldest player in the Open Era to win the title at 35 years of age, surpassing Roger Federer‘s previous record, which he had won at 30 years of age. He even equaled the ATP Finals title win record with the 20-time Grand Slam champion.

The record 9-time Australian Open champion will take away the hefty prize money of $4.7 million dollars for being the undefeated champion in the Year-end championship. Novak Djokovic won his fifth title of the year and is the second player to win 5 or more titles in 2022 after World No 1 Carlos Alcaraz.

He unlocked another record as he became the first player ever to win the ATP Finals title in 3 different decades. He won his first title in 2008, four consecutive titles between 2012-2015, and the latest one in 2022. After winning the Year-end Championship, he improved his overall rankings and will finish the year in the Top 5 for the 15th time.

Also Read: “He’s still going to be even better” Goran Ivanisevic sends a stern warning to the NextGen over Novak Djokovic’s ‘WILL’ to get better after his ATP Finals triumph