“Pressure is a Privilege!” Maria Sharapova visits the Arthur Ashe Stadium as she is pictured with legend Billie Jean King 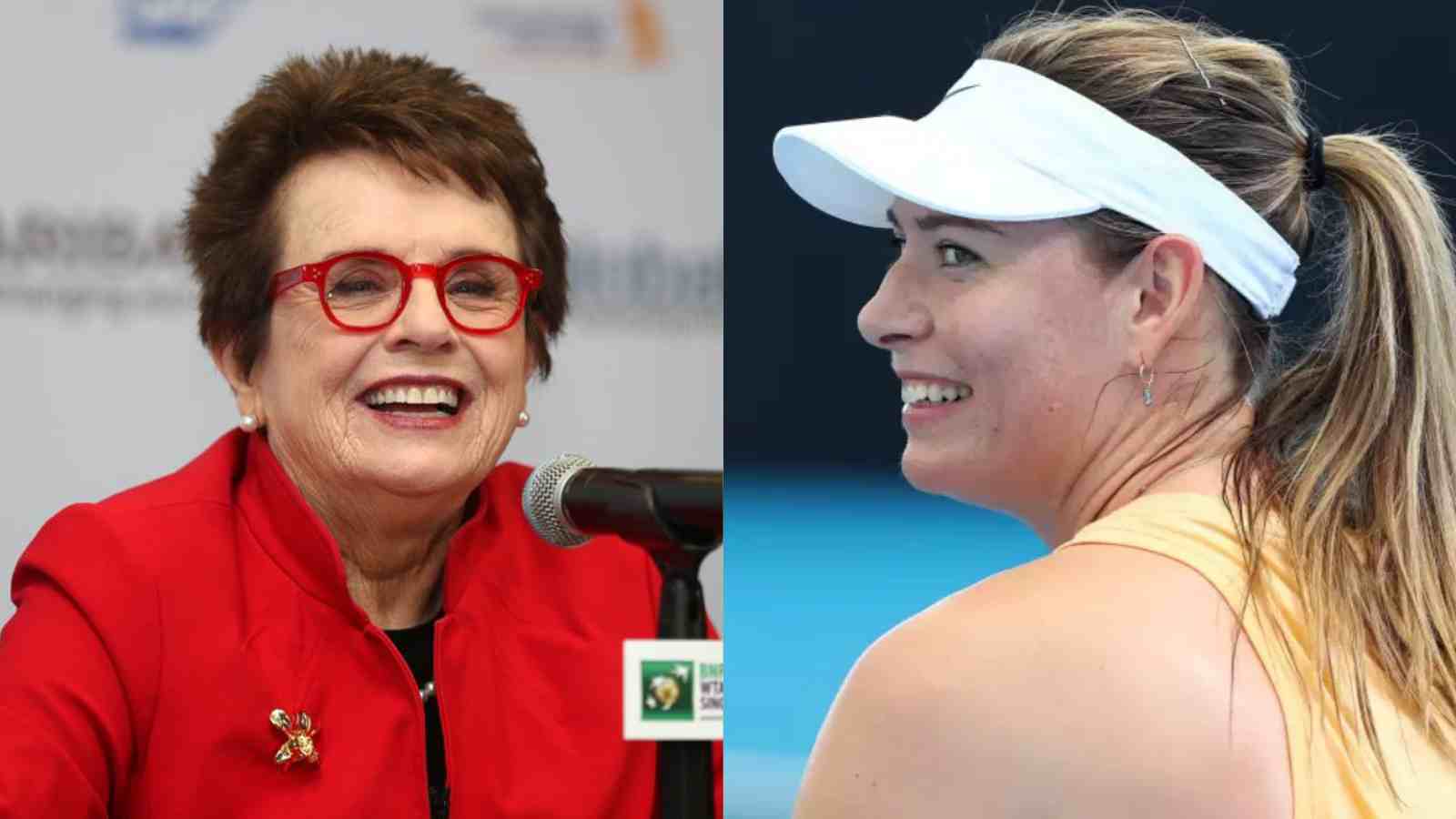 Maria Sharapova, the 35-year-old former Russian professional is widely regarded as one of the greatest female tennis players of all time if not the greatest, she is the only Russian player to achieve a calendar grand slam and with 5 grand slam titles to her name, Sharapova has well cemented her name as one of the all-time greats.

Recently Sharapova has been capturing a lot of headlines with her pregnancy and the Russian professional talking about the ongoing US Open and the players competing in it. One of the major highlights recently was when Maria Sharapova visited the Arthur Ashe Stadium and was seen with American tennis legend Billie Jean King.

Also Read: WATCH: “I’m sorry that’s disgusting!” Iga Swiatek reveals how the bathroom break made her ‘lighter’ and helped her breeze past Aryna Sabalenka into the US Open final

Taking the internet by a storm, the talking about of yesterday was when Maria Sharapova visited the Arthur Ashe Stadium and she was seen meeting up with American former tennis legend, Billie Jean King as both the tennis legend posed for a picture with a quote in the stadium that was given by Billie Jean King, “Pressure is a privilege.”

Billie Jean King posted the picture on her Instagram story which was reposted by Maria Sharapova on her story as well, another highlight of the day was when Maria Sharapova entered the commentator’s box and was seen commentating the match between Caroline Garcia and Ons Jabeur as they fought to make their way into the US Open finals.

Fans took to Twitter to express their elation after seeing Maria Sharapova commentate a game and seeing one of the greatest players of all time with yet another legend like Billie Jean King as they witnessed the thrilling encounter between Garcia and Jabeur where the Tunisian Professional made quick work of her opponent and booked her place into the finals of the US Open.

Also Read: The US Open holds a moment of silence in remembrance of the longest-serving monarch, Queen Elizabeth II, after her passing at age 96

Also Read: “He’s lightning fast!” Mats Wilander in praise of Frances Tiafoe’s all-round game ahead of his semi-final clash at the US Open