Rafael Nadal hits back at Alexander Zverev for saying the Spaniard is retiring this season. 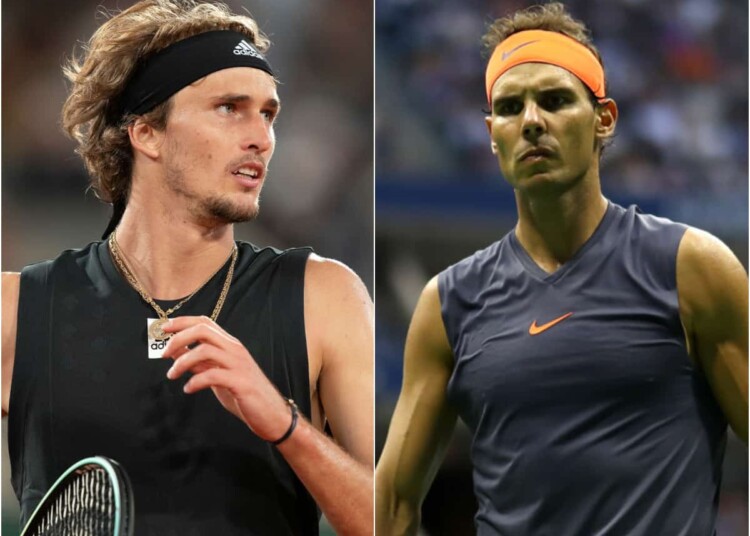 Rafael Nadal‘s retirement has been a concern for everyone but the player. The 36-year-old continues to back himself for at least another season and that’s his only focus. He had three major injuries during the 2022 season.

The first injury he had was a stress rib fracture. He picked it up at the 2022 Indian Wells Masters which delayed the start of his clay season. Upon his return to his favorite surface, his chronic injury flared up. He however went on to win the 2022 French Open with a numb leg. The matter became worse for him at the 2022 Wimbledon when he suffered an abdominal tear and had to withdraw before the semi-finals.

Former World No. 2 Alexander Zverev added fuel to the fire with his recent comments. The German said that the 22-time Grand Slam title winner will retire at the 2023 French Open bowing out at his favorite Slam. The Spaniard has come out with a strong reply to the suggestions of the German.

“I don’t know what’s going to happen in six months. I have a very good relationship with Zverev, but not enough to confess something like that to him. The reality is that I’m here to play tennis, try to have a great 2023, fight for everything that I have struggled throughout my career and I don’t think about my retirement.

“You think about it week after week because that’s how you show me at every press conference. But I will answer the same every time you ask me,” said Nadal during his press conference at Melbourne Park.

World No. 2 Rafael Nadal started his season at the 2023 United Cup leading Spain to the tournament. He was however unable to live up to the expectations as he lost both his singles ties. Spain was eventually knocked out of the group stage of the inaugural edition of the mixed-gender team.

Following his first loss against Cameron Norrie, Nadal was asked questions about his retirement. The former World No. 1 eventually lost his cool after being inquired about his retirement in the first match of the season. Although he maintained a smiling face, the manner was enough for the reporters to learn their lesson of not asking the question again.

Nadal is the first seed at the 2023 Australian Open. The defending champion will start against World No. 40 Jack Draper with the match being the first meeting between the two players.

“Record of Nadal is highest priority,” Boris Becker says Novak Djokovic has only one agenda in Australia this year