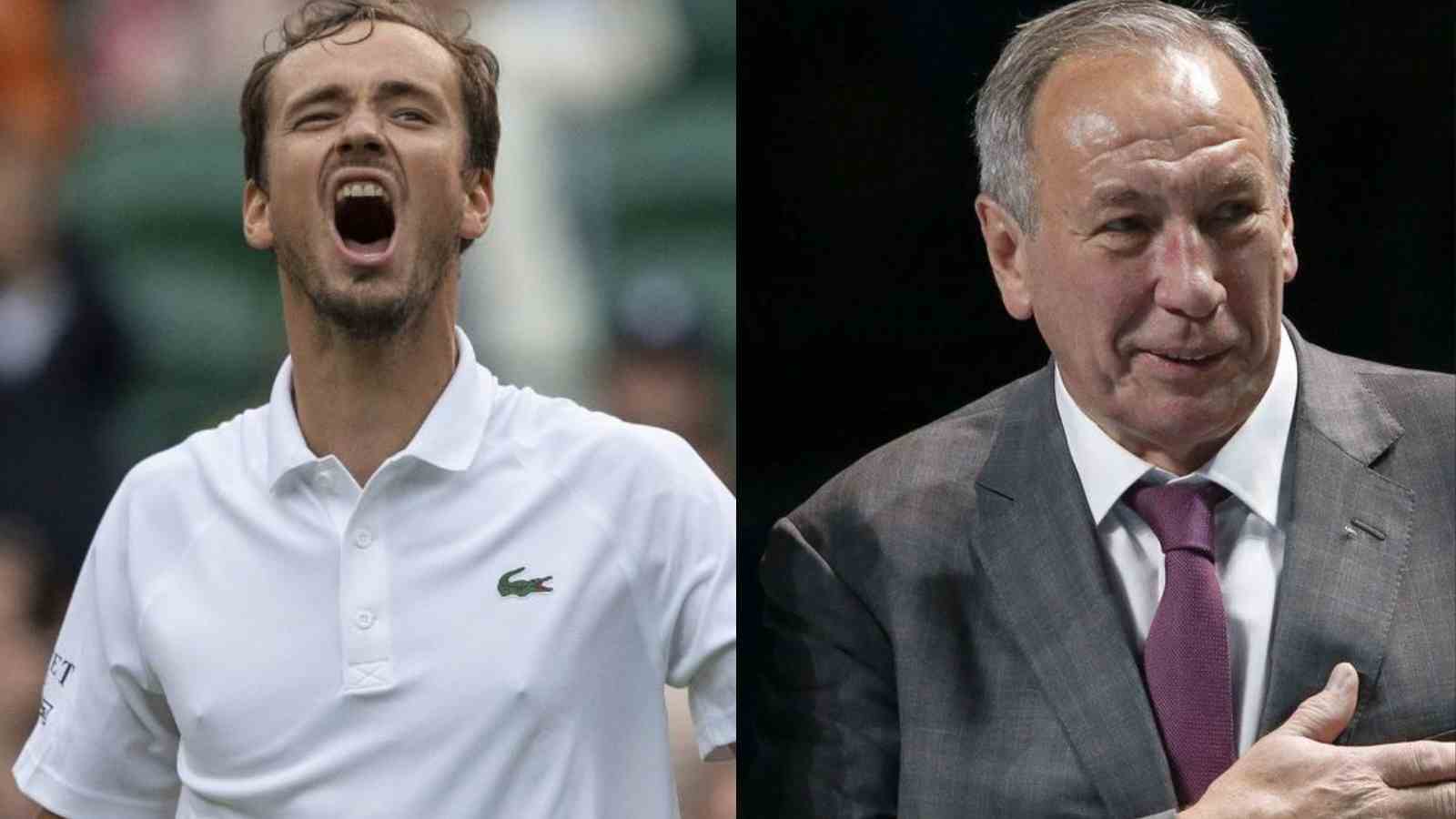 Prominent personality Daniil Medvedev is the face of Russian Tennis. He is currently the highest-ranked Russian player in the 2022 ATP Rankings. He is also one of the contenders to win the ATP Finals 2022 title and trophy. Notably, he won this tournament last back in 2020 when he defeated Dominic Thiem in the final match.

Daniil capped off 2022 as one of his most successful years when it comes to the professional front. From bagging the very first Grand Slam title of his career to clinching the US Open singles title among a host of other ATP tournaments, the tennis sensation has been making all the right noises with his impeccable performances throughout 2022. He reached the final of the Australian Open but could not surpass the challenge of Rafael Nadal. He lost the match after winning the first two sets.

Evidently, the loss took a heavy toll on Daniil’s current form and confidence on-court, much to the concern of his fans and viewers. However, more disappointments were set on loose upon him this year when all Russian players were banned by Wimbledon and the British Government to play at The Championships this year.

This came as a blow to the 26-year-old morale and confidence as stated by the Russian Tennis Federation chief Shamil Tarpischev, who weighed the chances of Medvedev actually winning this tournament.

“Psychological preparedness will be the main issue for Medvedev because he had too many breaks recently and his nerves are unsteady. He was taken out of the game for three months by an injury, then he was forced to miss Wimbledon due to the suspension of the Russians,” Tarpischev’s statement read.

Continuing his train of thoughts, he further added, “The nervous system, like muscles, should be kept in constant tone, and without game practice, it becomes untrained. In the At Final Tournament, this will be a problem for Medvedev. Physically, it can be fresh, but his nervous system will quickly get tired. The consequence of this will be a lack of patience when playing the ball and, accordingly, unforced mistakes.”

Daniil Medvedev played the Championship match against Alexander Zverev last year. He was defeated by the German 6-4, 6-4 in straight sets.

Also Read: “It took 7-8 months to really get over it,” When Steffi Graf once expressed her trauma over Monica Seles’ ‘horrendous’ stabbing incident

Daniil Medvedev is drawn in the Red Group with 2019 ATP Finals winner Stefanos Tsitsipas, 2022 Wimbledon champion Novak Djokovic and fellow Russian rookie Andrey Rublev. Both the Greek and the Serb are experienced players. Rublev may be playing in his maiden ATP Finals tournament. He would not be an easy opponent either.

The 2021 US Open champion will have to do something magical to be able to advance from this tough group. But the odds are against him. He qualified not due to some extraordinary performance on the court, but because of his his past deeds as he had a magnificent ATP 2021 season.

This year, Daniil Medvedev has been able to win only two ATP singles titles, i.e., the Los Cabos Open and the Vienna Open. He was knocked out of the Paris Masters in the second round by Alex de Minaur. But the special quality of the Russian is his grit and winning mentality. He will kick start his ATP Finals campaign by playing against fellow Russian Andrey Rublev in the Group stage match on November 14.