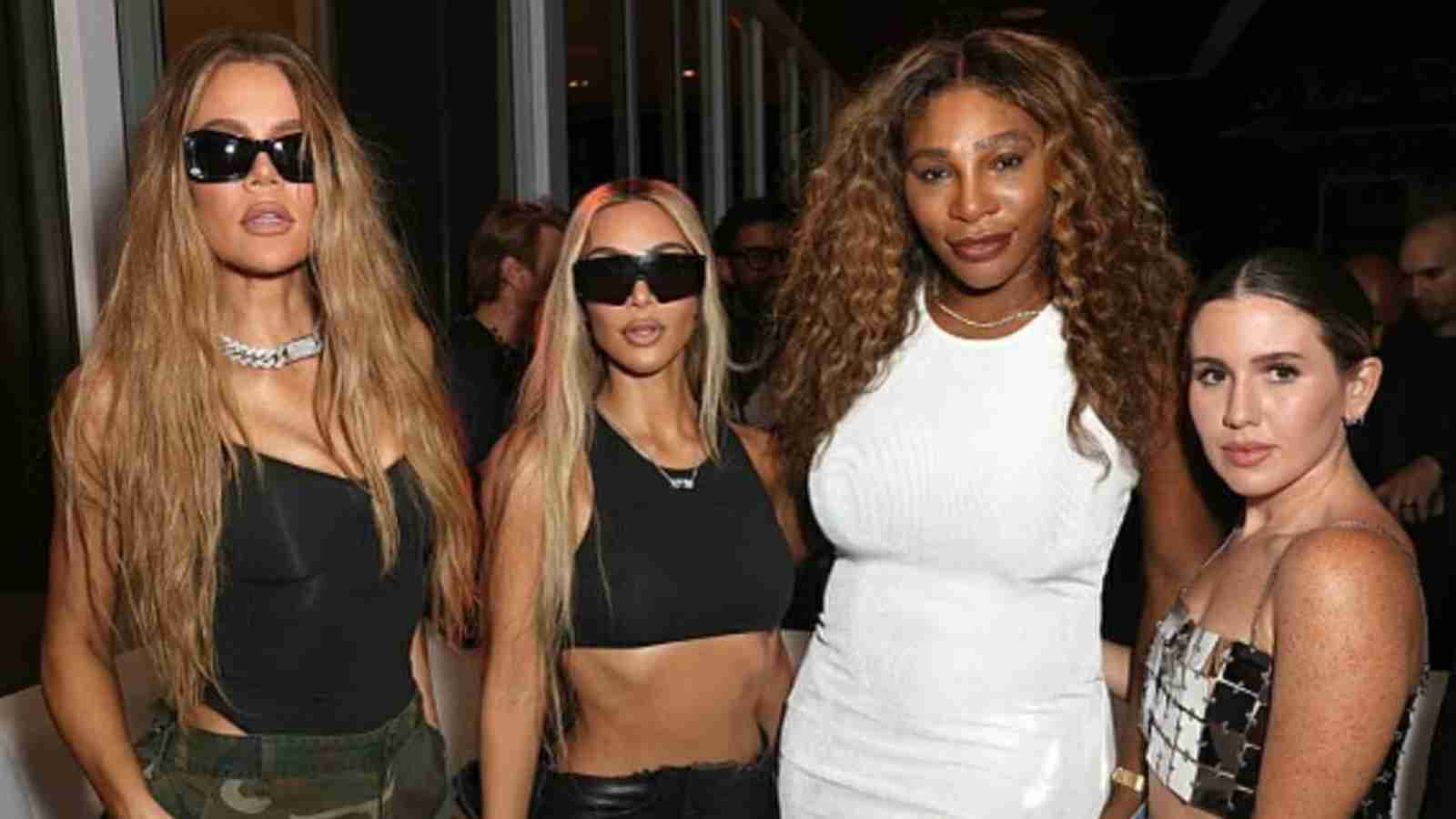 Retired American legend Serena Williams is one of the greatest female athletes who has inspired millions over the world in her career that lasted over two decades. She is making the most of her time post-retirement attending various events ranging from fashion to movies to sports. She turned glamorous as she was spotted partying at a club in Miami with her friends.

She announced her retirement from the competitive sport through an article published in the leading magazine Vogue. Serena Williams is truly a champion of the game with numerous other accolades and achievements, as the list goes on. With awards and titles ranging from Grand Slams to Wimbledon, she is one of the few Black Americans to have etched her name on the big stages.

The former US Open champion has been a fashionable player on and off the court with her out-of-box choice of outfits along with different hairstyles. She was seen in a white dress with her long tresses open as she partied with the celebrity sisters duo Khloe Kardashian and Kim Kardashian and famous entrepreneur Amber Ridinger. They all had gone club hopping during the Art Basel Weekend in Maimi.

Serena Williams took to her Instagram to share pictures with the Kardashians and Ridinger. On the other hand, Kim also shared a series of party scene pictures wherein one of the pictures, she was pictured with the former World No 1 who was wearing a black net dress with matching heels. It was quite evident that the 23-time Grand Slam champion shares a cordial relationship with Kim as she made the most of her reunion with her long-time friend.

Also Read: “How would you know what women go through on a daily basis?,” Rennae Stubbs blasts Stefanos Tsitsipas for his callous remarks on modern feminism

The 7-time Wimbledon champion played her final match at the 2022 US Open as she lost her third-round match against Ajla Tomljanovic. She had returned to the grass court after a hiatus of one year but failed to make deep runs in the tournaments she played on her comeback. She played her final game at the same stadium where she first won her Grand Slam in the year 1999.

She had stated in her retirement announcement that she wishes to spend time with her family especially her five-year-old daughter Olympia. During a talk show, she talked in detail about many things ranging from her tennis to life post-retirement. One of the topics which were discussed was about her ‘Cheat Day’, where she talked not only about her diet but also about her entire routine change for a particular day once in a while. She admitted that she likes to rest the whole day and be at home, unlike all the other days.

Apart from being a tennis player, Serena Williams is one of the most successful and promising businesswomen in America through her venture capital firm ‘Serena Ventures’ and her strategic investments in more than 60 startups. She is also the co-owner of an expansion team in the Pickleball League and has even invested in the new golf startup company by Tiger Woods and Rory Mcllroy.