Victoria Azarenka is ready to lock horns with Jessica Pegula in the quarter-finals of Australian Open 2023. 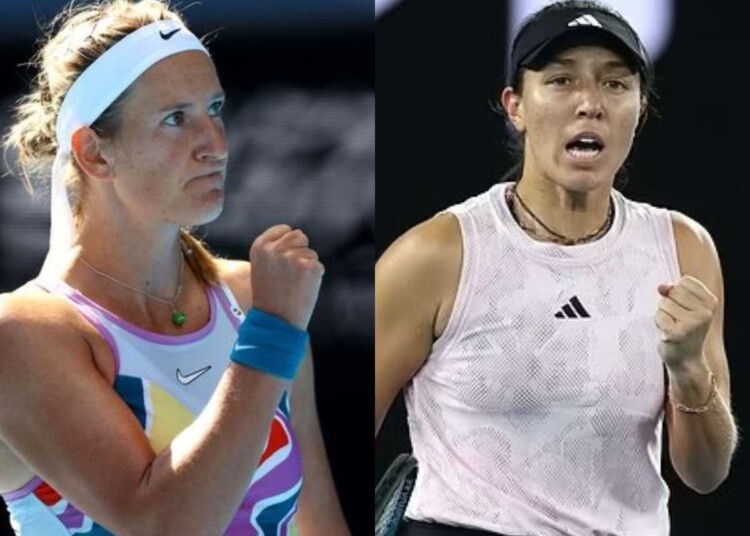 Former World No.1 Victoria Azarenka is pumped up to meet the American World No.3 Jessica Pegula in the quarter-finals of the Australian Open 2023. The two-time Australian Open champion looks to turn the clock back this year. The 33-year-old booked her spot in the last eight with a three-set victory over Lin Zhu: 4-6, 6-1, 6-4. She is aware of the challenge in the next round and said that she is ready for the fight.

Azarenka gave her views after her pre-quarter-final victory, “Me and Jess, we’ve practiced together, we’ve played so many great matches together so I’m going to enjoy that one, If I do lose I’d rather lose to Jess but I’m going to give her hell for sure!”

The 33-year-old Belurasian has won both her Grand Slams in Melbourne park. She is moving quite well this year after some average performance in the last few years. In fact, she has played only one Grand Slam quarter-final since 2016. It was at the US Open 2020 she was able to reach the finals. Her triumphs in the Australian Open were in 2012 and 2013.

Victoria Azarenka has nothing to lose against Jessica Pegula

The 33-year-old Belurasian Victoria Azarenka was the only former Australian Open champion in the main draw of the tournament. But Azarenka was never expected to run deep this year. Her movement never looked swift enough to compete with the top guys at least until the last year-end.

But the Belurasian was able to get back the rhythm during the 2022 year-end. She made it to the semifinal of the Guadalajara Open where she defeated some big names like top seed Paula Badosa, Madison Keys, and American teen sensation Coco Gauff before losing to eventual champion Jessica Pegula.

Pegula is the top seed left in the draw after the losses of Iga Swiatek and Ons Jabeur. She is the crowd favorite as well. Azarenka will have to play out of her skin to dethrone the American as she will go into the match as underdog. Pegula defeated Barbora Krejcikova in the pre-quarterfinals: 7-5, 6-2. This will be the fifth match between Azarenka and Pegula. Their head-to-head is tied at 2-2.