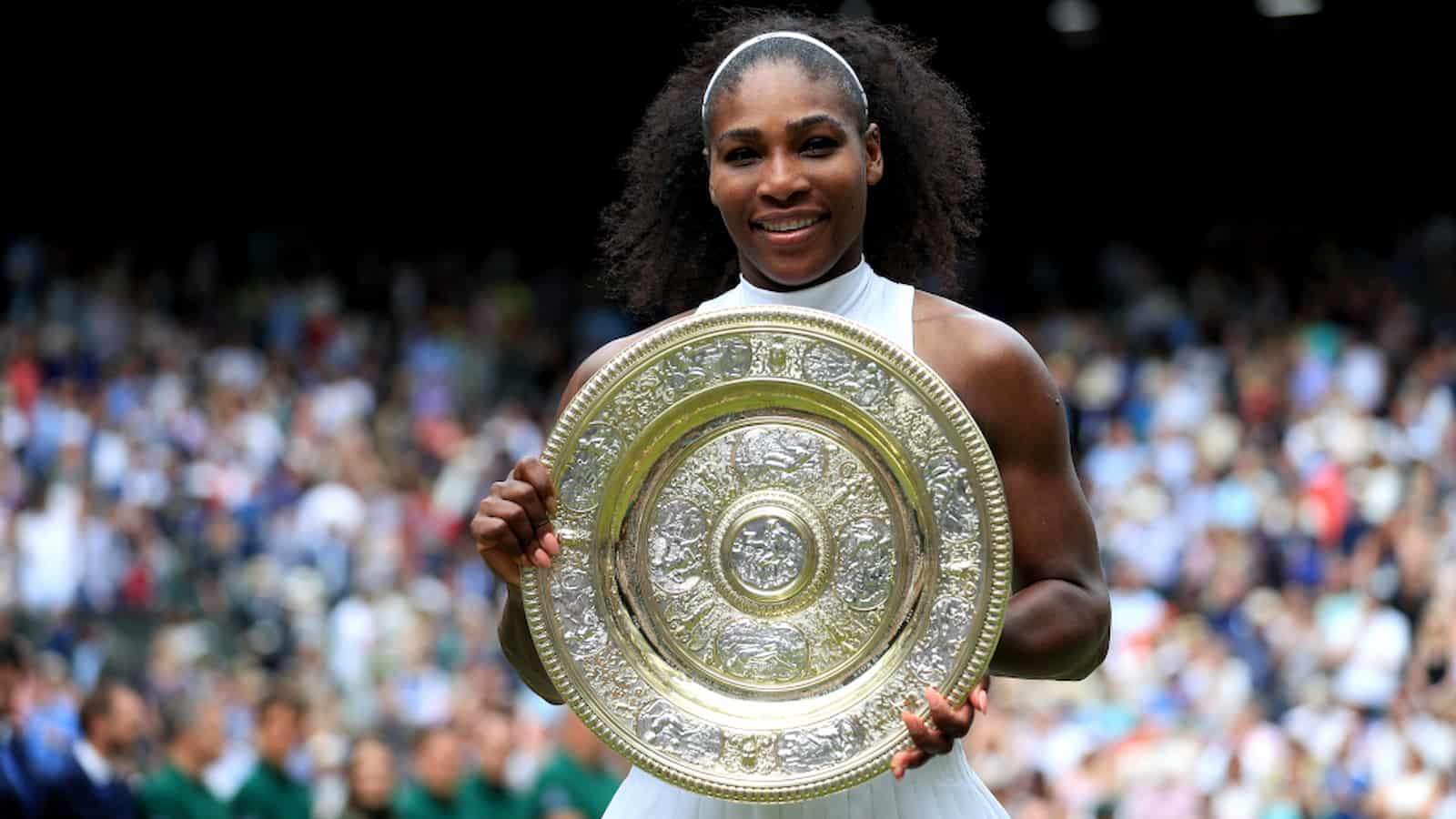 Serena Williams with her 2016 Wimbledon Trophy

Serena Williams will make her return to the lawns of the All-England Club which will be her only Grass tournament of the season as the former World No. 1 had opted not to play in any tournament in the build up to the Grand Slam.

Serena is a 7-time winner at the Championships having won her last title in 2016. She has since then appeared in two more finals in the 2018 Wimbledon and 2019 Wimbledon but was unlucky to miss out on her 8th Wimbledon title that would take her a step closer to Martina Navratilova‘s record of 9 Wimbledon titles.

Serena has been placed in the top half and is the 6th seed in the tournament as she comes looking for her first Grand Slam since her 2017 Australian Open triumph. She is on 23 career Grand Slams, 1 shy of tying Margaret Court who had won 24 Grand Slam titles.

Serena Williams will begin her campaign against Belarusian player Aliaksandra Sasnovich in what will be their first ever meeting. Serena has a rather difficult draw after Round 3 where she will meet the 2018 Wimbledon Champion Angelique Kerber who defeated Serena in the finals in straight-sets.

If she defeats Kerber, she will next be up against in-form American teenager Coco Gauff or upcoming Swiss star Belinda Bencic, both of who are very good players on the surface. Hoping she wins the tie in the Round of 16, she will be up against Elina Svitolina or Karolina Muchova both of them who reached the quarter-finals in 2019, with Svitolina making it till the semis.

In the semis, she can expect a tough challenge against the World No. 1 and the top-seeded Ashleigh Barty in what will be their 3rd meeting and also on 3rd different surface having previously met at the Australian Open in 2014 and French Open in 2018. In the finals she can meet either of Aryna Sabalenka, Iga Swiatek or Karoline Pliskova, all of who are in great form this season.