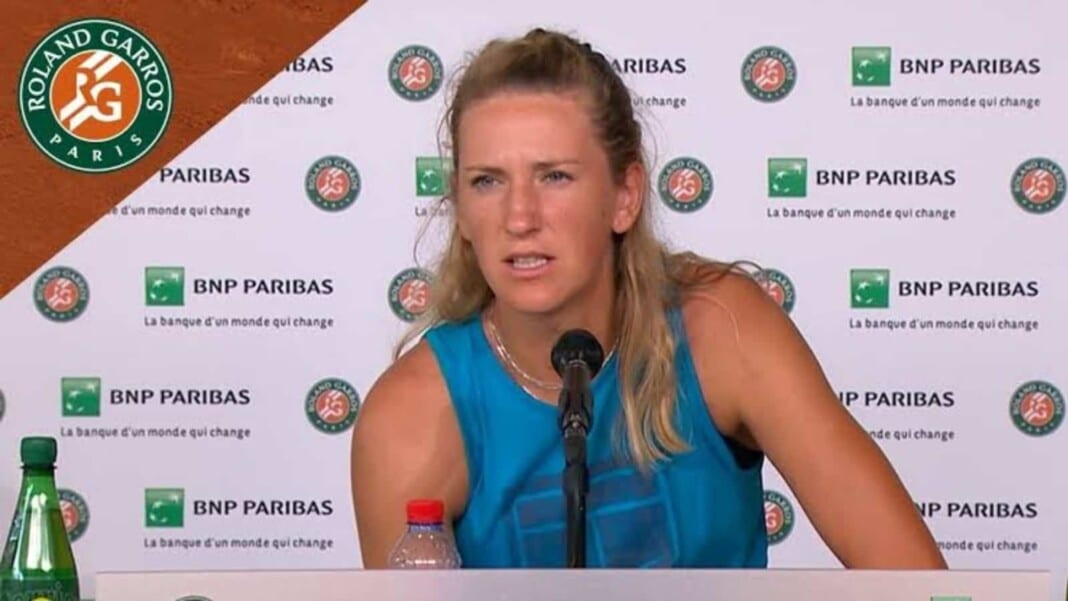 Two-time Grand Slam champion and former World No.1 Victoria Azarenka slammed the French Open organisers for gender biasness despite the equal prize money for both men’s and women’s singles.

This remark came after a question was asked from Azarenka in the post-match press conference following her fourth round defeat on Sunday regarding the lack of women’s matches at prime time in the night session during the tournament.

Azarenka did not mince her words and criticized the French Open authorities for looking at the prize money as the only factor for gender equality. “What concerns me is when somebody from French Federation is continually trying to say there is equality and only pointing out to prize money, which is true,” Azarenka said. “Everything else, I wouldn’t even agree for a little with that. And that’s disappointing.”

The Belarusian further added, “I think sometimes you need to hold some people accountable for some of those things and not continuously point out to the obvious of prize money.”

Azarenka even reminded of past instances of ignorance of women at Roland Garros. “I mean, I think there [are] enough examples over the years where we’ve heard remarks towards women, where we’ve seen two women’s semifinal matches playing on the outside courts,” she said. “I mean, you guys, if you follow tennis, you know what I’m talking about. I think there [are] no surprises that I can reveal here.”

Guy Forget, the tournament director said that he “accepted the criticism” but also pointed out that scheduling the matches during the night have not at all been easy.

Forget further added, “There was a possibility of a match between Ashleigh Barty and Coco Gauff [in the fourth round]. It’s the kind of match that you potentially want to see on a night match. Unfortunately, Ashleigh, the No. 1 player in the world, had to withdraw with an injury. So it is very hard to choose. … Would people rather watch Roger Federer or at the moment, some of the ladies matches that are happening? It’s a tough call to make. But I guess this is the path we took and we’ll see how that goes next year.”

For those who are unaware, for the very first time French Open authorities introduced the night session at Roland Garros amid the Covid-19 night curfew in Paris, which would get relaxed from Wednesday onwards. Till Sunday, only one ( Serena Williams vs Irina Camelia Begu) women’s match has been played at the prime time as compared to seven from the men’s side, while defending champion Iga Swiatek‘s quarterfinal on Monday making it two for women, which irked Azarenka.

Meanwhile, all hopes of Azarenka making it to the last-eight stage of French Open came crashing down as she lost to Anastasia Pavlyuchenkova 7-5, 3-6, 2-6 in the Round of 16 on Sunday.