Who is Aryna Sabalenka’s Coach? Know All About Her Coaching Team 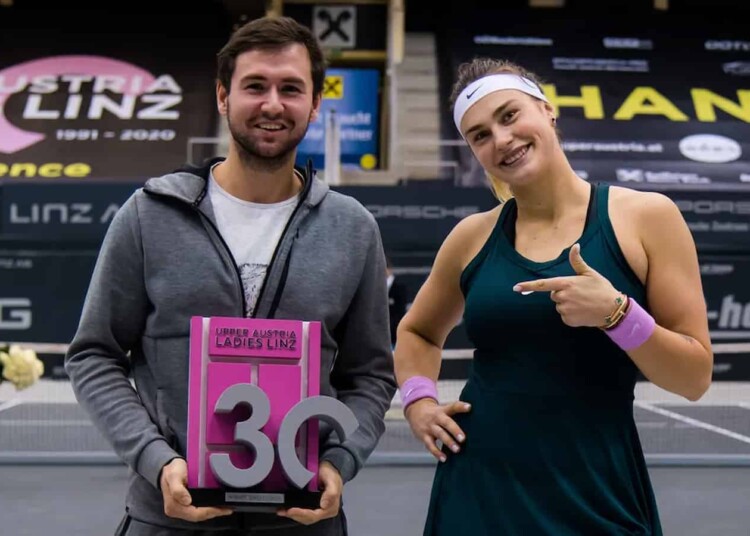 Belarusian tennis player Aryna Sabalenka has earned quite a big name in the sport right now. Often known as the ‘Lioness’, she is quite famous for the ruthless and aggressive tennis that she plays on the court. However, who is behind the tremendous success that she has enjoyed on the court so far?

Anton Dubrov is the current head coach of Aryna Sabalenkla. He is actually the grandson of the famous tennis coach, Eduard Dubrov. Before working as a head coach, Dubrov even worked as a sparring partner of Sabalenka.

Sabalenka hired Dubrov as her head coach in 2020. Since then, he has helped her to win three titles on the WTA Tour including the twin titles at the Linz Open 2021. In addition, it was under him only that Sabalenka won the Ostrava Open 2020 title, the Abu Dhabi Open 2021 title, and her first WTA-1000 title at the Mutua Madrid Open 2021. She also achieved her career-high ranking of World No.4 under Dubrov only.

Who were Aryna Sabalenka’s Previous Coaches?

Before Anton Dubrov, Germany’s Dieter Kindlman served as the head coach of Sabalenka. However, the two could not work together for much time and parted ways only after three weeks. Before Kindlman, Dmitry Tursunov was Sabaleka’s coach. He joined his team in 2018 when Sabalenka was the World No.46 player in the world.

Under him, the Belarusian player played her first-ever WTA premiership final and managed to win five singles titles on tour. It was under Dmitry that Sabalenka made her debut in the top-10 WTA rankings. However, the two parted ways in January 2020.

It’s surely difficult to find a hard-working player like Aryna Sabalenka. She is a fighter on the court and continues to serve as an inspiration to many youngsters. The Belarusian has ranked as high as World No. 2. Despite that, the World No. 1 and a Grand Slam title continue to evade her. Can she finally do it in the coming season?