Tennis has always time and again proved that an underdog could rise and shock the world, especially in women’s singles over the past decade. Many new champions have been crowned over the years and yet again, we will have a first time grand slam champion coronated at the 2021 French Open, Barbora Krejcikova or Anastasia Pavlyuchenkova.

The story of Czech Barbora Krejcikova has been a rather interesting one until now. Krejcikova is an established doubles player. She was won 2 Women’s Doubles and 3 Mixed Doubles Grand Slams over the last 4 years and is the current World No.7. This weekend in Paris, she will also be competing in the Women’s doubles Final. She has the chance to become only the second women in Roland Garros history to win both Singles and Doubles title.

She is one of the best Doubles players in the world and reached the Final of both Women’s and Mixed Doubles at Australian Open earlier this year. She won the Mixed Doubles trophy alongwith Rajeev Ram abut lost in the Final of Women’s Doubles.

Krejcikova was always adamant of playing Singles but her main focus always was Doubles. But in 2018, she decided to give more time to Singles and kick started her Singles career.

Since 2014, Krejcikova would enter the qualifiers at the Majors for Singles. But after a 4-year long wait, in 2018, she made it to the main draw of the French Open. She had trained on Clay since the start and hence was a naturally good Clay court player. She bowed out of the first round of the 2018 French Open though, and couldn’t reach any main draw in 2019.

But in 2020, she made it till the second round of the Australian Open and also reached the fourth round of the French Open, thanks to an easy draw. She was slowly rising up the ranks and was making a direct entry into the slams.

She had an amazing Clay season in 2021. She lost to in form Paula Badosa and Iga Swiatek at Madrid and Rome but put up a brave fight. She also defeated 4th seed Sofia Kenin at Rome. It was her first win against a Top 5 player and then went on to win the title at Strasbourg a week before French Open.

And then, she proved her mettle to everyone at the French Open and now is on the verge to create history. She has a very realistic chance to beat Anastasia Pavlyuchenkova and lift the Coupe Suzanne Lenglen on Saturday.

Also read: “There’s nothing more difficult in sports than beating Rafael Nadal at French Open,” Paul Annacone ahead of the Djokovic-Nadal semifinal showdown in Paris 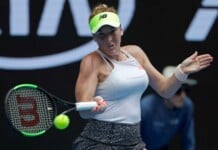 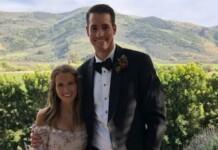