World number 24 Leylah Fernandez will take on world number 34 Ekaterina Alexandrova in the first round of the WTA Adelaide International 2022 on Monday.

Leylah Fernandez had an exceptional breakthrough campaign in 2021. The Canadian reached the final of the US Open, where she lost to Emma Raducanu in an all-teenage final. As a result, she broke onto the top 25 of the world. After the magnificent debut campaign, the 19 year old would look to carry forward the momentum in the 2022 season.

Russian Ekaterina Alexandrova’s highlight of the year would be her sensational performance in the Kremlin Cup. The 27 year old defeated top 10 players Ons Jabeur, Aryna Sabalenka and Maria Sakkari to reach the final, where she was defeated by Anett Kontaveit. She also made her Olympics debut representing the Russian team. She was also a part of the Russian team which won the inaugural Billie Jean King Cup Finals held in Prague.

The pair have met only on one occasion previously, with Alexandrova winning in three sets against the young Canadian in the SRL Summer Invitational Recife in 2021.

On the other hand, Alexandrova would also like to carry forward her momentum into the new season after quite a promising 2021. Despite the Russian’s win at the Billie Jean Cup Finals to end the year, I’d go for Leylah Fernandez to take this one. 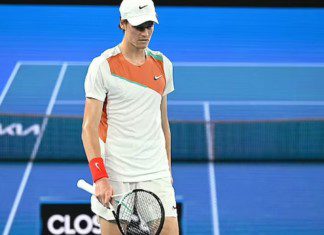 Sarthak Shitole - January 26, 2022
World No. 4 Stefanos Tsitsipas proved too good for World No. 11 Jannik Sinner in their quarter-final meeting at the 2022 Australian Open with...