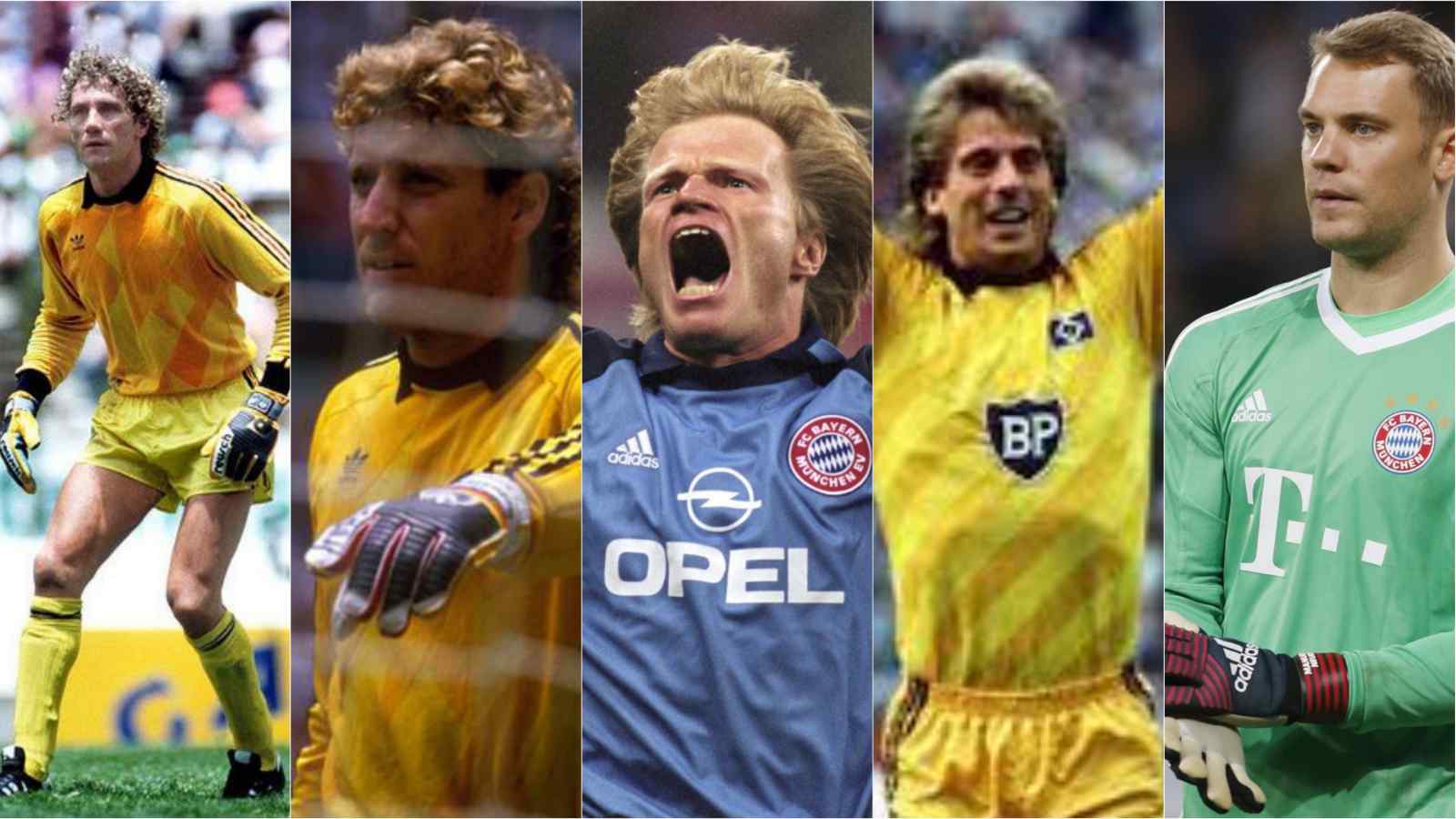 Bundesliga is known for having some of the best goalkeepers in the world and top-quality players The Bundesliga has often been considered a powerhouse of talent when it comes to goalkeepers and has produced some of Europe’s top teams and best teams in the world.

Unlike most leagues, Bundesliga has great players in all teams. Not just the major teams ( Dortmund, Bayern), all teams have a fair share of talent and exceptional keepers. Let’s take a look at some of the iconic goalkeepers to play in the Bundesliga

Here is a list of the top 5 Goalkeepers in Bundesliga History.

Harald Schumacher is one of the best German goalkeepers and is a legend for his country and for all the clubs he has played in. He is the only goalkeeper in Bundesliga history to have played for all 3 legendary clubs Schalke 04, Bayern Munich and Borussia Dortmund. In the early days of his career, he played for FC Köln. He made 464 Bundesliga appearances between 1972 and 1996. Schumacher was a two-time winner of the German Footballer of the Year award and three-time DFB-Pokal champion, he holds the record of being the oldest player to win the Bundesliga.

Stein’s career lasted for more than two decades. The German keeper was known for his quick reflexes and crucial saves. Ulrich “Uli” Stein made 512 Bundesliga appearances with Arminia Bielefeld, Hamburger SV and Eintracht Frankfurt. Stein made his professional debut in 1976. Stein won back-to-back Bundesliga titles in 1982 and 1983 and was the first and only time Hamburg achieved such a run. Stein was one of Bundesliga’s all-time leaders in clean sheets with 146 and retired from Arminia in 1997. He was also one of the oldest players to win the Bundesliga and one of the top 5 goalkeepers in Bundesliga history.

The Belgium keeper was one of the greatest keepers during his time. He made just 156 appearances in the league between 1982 and 1988 but made quite a name for himself. The German giants quickly took him in. Pfaff played with Bayern Munich in the 1980 European Championship and for Belgium 1982 World Cup. Pfaff success at the club level earned him legendary status, as one of the world’s top goalkeepers. Pfaff won Ballon d’Or

Oliver played for Bayern Munich between 1994 and 2008 and is considered one of the greatest keepers in the history of the club. Khan was an exceptional keeper and earned the nickname ‘the Titan’. He is also known as the best goalkeeper in football history. The German keeper was a club legend and made 429 Bundesliga appearances for Bayern across 14 seasons. Khan was a maestro in his art and helped Bayern win seven titles between 1999- 2008. Khan was a seven-time winner of the Best Bundesliga Goalkeeper award and a three-time winner of the IFFHS World’s Best Goalkeeper award, Kahn is the only goalkeeper ever to finish in the Ballon d’Or’s top three nominations multiple times.