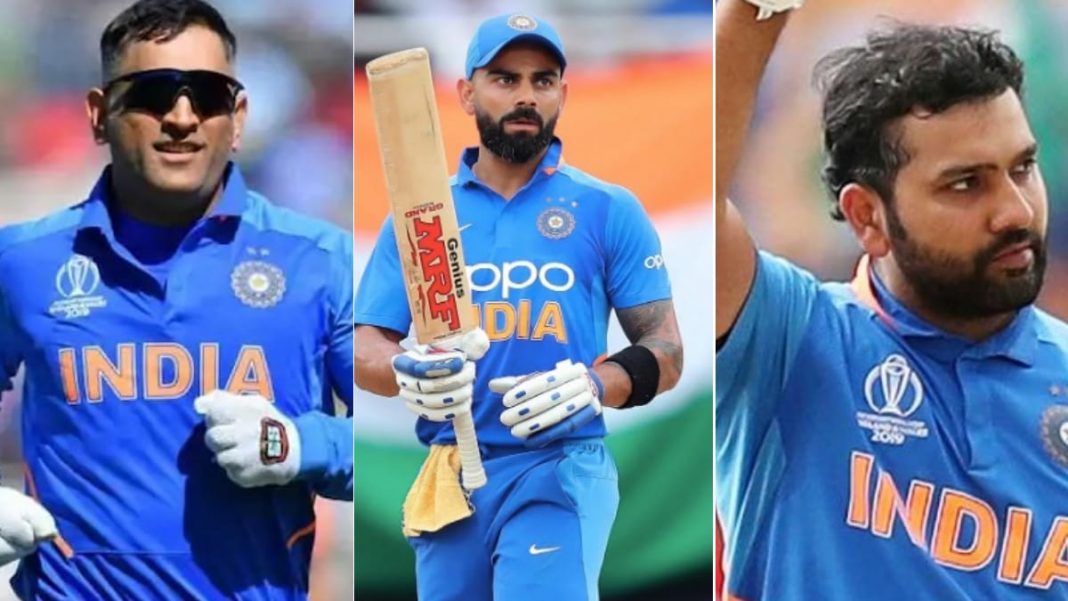 Cricket has become one of the most popular sports globally. With the efforts of the International Cricket Council (ICC) the game is played in more than 100 countries including European and American continents. Fans from all round the world search about the game and the players who are play a major part of it.

Recently SEMrush –a website specializing in keyword research, competitor analysis, and google ad campaign conducted a study about the most searched cricketers in the world. The study focusses on the average number of search counts in the first half of the year from January to June 2020.

Here is the list of the 5 most searched players globally:

The young South African Cricketer is a surprise package at the fifth position of most searched cricketers globally. Josh Richards had a huge 7.1 lakh search counts on the internet. Richards ranked above Sachin Tendulkar, Hardik Pandya, and Shreyas Iyer among others to be the 5th most searched cricket player globally.

He was a part of the proteas U-19 team as a top-order batsman and is an emerging prospect for the South African National team. The 21-year-old batsman is yet to make his debut for the national side. However, he might as well be a big name in the coming years.

The Australian Cricketer, George Mackay was searched for 9.1 lakhs times on the internet according to the study.

He played first-class cricket for Victoria from 1880 to 1886. He was the most searched foreign player globally. The Cricketer died in 1948 aged 87 years.

Mahendra Singh Dhoni, also known as ‘Captain Cool’ announced his retirement from international cricket on 15th  August. The Indian captain retired as the most successful captain in the history of the game for India. Dhoni achieved everything with the Indian team, A T20 World Cup, 50 -over World Cup, ICC Champions Trophy, and Number one spot in Test Cricket.

He was searched for about 9.4 lakhs in the first half of the year. However, it is a bit of surprise that Dhoni’s search count is low as compared to the top two contenders. Dhoni is currently leading IPL side Chennai Super Kings in IPL 2020. His name might as well be seen in the topmost searched players at the end of the year.

The vice-captain of the Indian team in limited-overs, Rohit Sharma rise in international cricket has been tremendous in the last five years. Rohit was the top run-getter of the ICC Cricket World Cup 2019 in England. He scored the most centuries by a player in a single edition of a World Cup, scoring 5 tons for India. Sharma was awarded the prestigious Rajiv Gandhi Khel Ratna award for the year 2020. He joined the likes of Virat Kohli, MS Dhoni, and Sachin Tendulkar in the list.

Rohit was searched for a record 9.7 lakh times on the internet.  The popularity of Rohit is justified for the unbelievable records he has made for India in International cricket. Rohit is the only player in the world to have smashed three double centuries in ODI Cricket. The 33-year-old may as well break some more uniques records in the coming years.

The Indian skipper Virat Kohli is leading the charts for the most popular cricketer in the world. According to the website, Kohli amassed an enormous 16.2 lakh search counts globally from January to June this year. This is around 6.5 lakhs more than second place holder Rohit Sharma.

Virat Kohli is the closest the record of Sachin Tendulkar’s 100 centuries with 70 international tons to his already incredible career. He had accumulated 12000 plus runs for India in both the test and the ODI formats.  In ODI Kohli has 43 centuries and 59 half-centuries plus an average of 59.34.

Kohli also has huge interactions off the field with brand management, sponsorship, and Charity work in recent years. He is also in the quest for a World Cup trophy in the coming years.