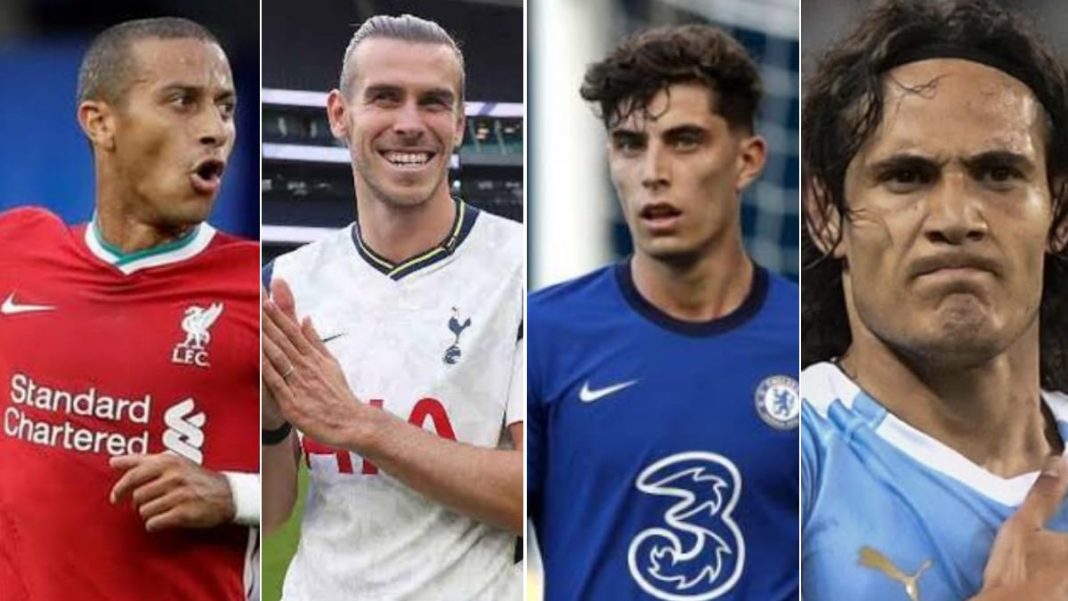 In this article we take a look at the top five signings made by the English Premier League clubs in this transfer window.

The Colombian who did not get many chances at Real Madrid made a move to England. He has now joined his former boss Carlo Ancelotti at Everton. While many pundits stated that James cannot play well in the EPL he made every one of them silent with his amazing performances so far. His addition to Everton has boosted the performance of the entire team who are now undefeated in four games and are now in the top of the EPL table.

The Welshman who was a marquee player for Real Madrid few seasons back lost his place in the first team as time progressed. Many attribute his relationship with his boss Zinedane Zidane to be the reason for his lack of chances to play. However Spurs have now signed the 31 year old winger. Spurs would hope Gareth Bale to give the same quality performances for them which he gave when he was a Spurs player back in 2012/13.  Bale still hasn’t made his comeback debut for Tottenham. He is expected to start for Spurs after the International break.

Frank Lampard has spent over €200 Million in this transfer window. He has signed some amazing talents like Timo Werner, Kai Havertz and Hakim Ziyech. However many consider the German they signed from Bayer Leverkusen to be the biggest of them all. Kai Havertz who was criticized for his performance in his first EPL game gave a befitting reply with hat-trick against Barnsley. Chelsea fans would hope the same kind of performances from Kai Havertz in the upcoming matches.

The former PSG striker who has scored 200 goals for the Paris side left them on a free transfer. The 33 year old was linked to many clubs in the past months. Manchester United who were targeting to buy Jadon Sancho have now signed the Uruguayan. United believe that the experience of the 33 year old will help them in developing their young forwards like Rashford, Martial and Greenwood. Edinson Cavani is expected to start the first game for United after the International break as Martial was showed a red card in the game against Spurs.

The experienced midfielder of Bayern Munich played a major role in their treble-winning campaign. Thiago was also nominated for the Midfielder of the year award presented by UEFA. Liverpool who already have a dangerous midfield have now added Thiago to their armoury. However, the former Bayern player hasn’t made an instant impact on his arrival as everyone expected. Unfortunately, he has also tested positive for COVID-19 a few weeks back. The Liverpool fans will hope he recovers soon and help them in their tough journey ahead after a defeat against Aston Villa.