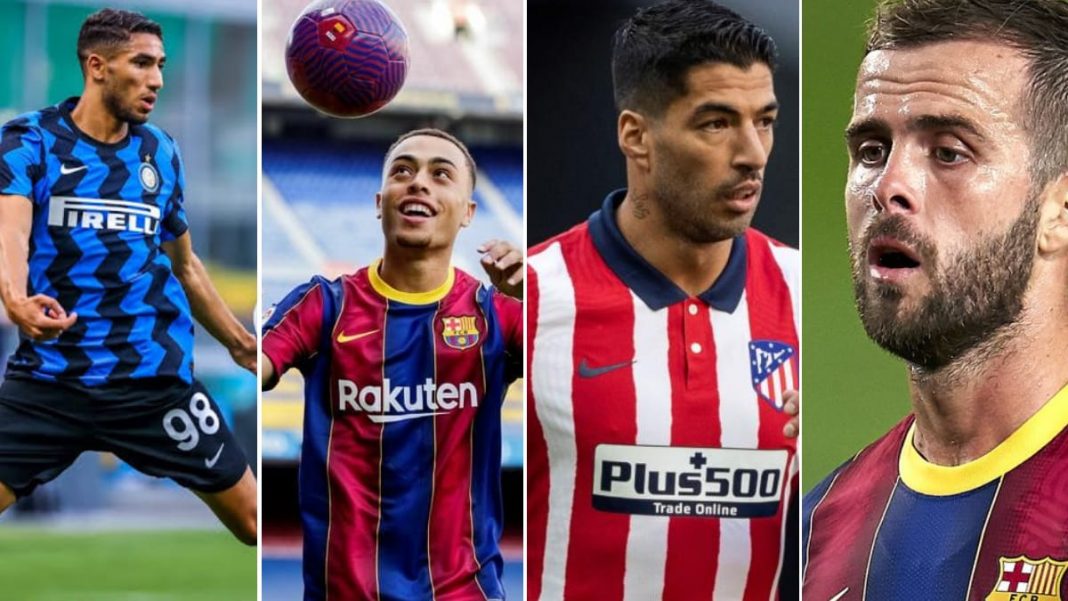 In this article we take a look at the top five signings made by the La Liga and Serie A clubs in this transfer window.

Ronald Koeman took charge of Barcelona after the exit of Quique Setien. The Dutchman let go of several Barcelona players as a process of re construction of the club. Barcelona legend Messi directly hasn’t attacked his coach but he has slammed the Barcelona board for not respecting some of the former players like Suarez. Reports suggest that Suarez was unhappy with the way he was treated by Koeman. However Suarez’s new journey at Atletico started well as he scored coming of the bench in his debut.

This transfer left many Barcelona fans unhappy. The Catalan fans were not happy because Pjanic was swapped for Arthur Melo with Juventus. Many have expressed their disappointment for swapping a young midfielder for a comparatively old one. But Pjanic seems to have a good partnership with the fellow Barcelona players. The experience he has will help Koeman strengthen his midfield. It is also to be noted that Pjanic is as good a free kick taker like Lionel Messi.

The Brazilian shocked the entire world when he refrained himself from joining Barcelona in their UCL campaign at Lisbon. He also did not come to the training sessions as reports suggested he was unhappy with the Barcelona board.  Fortunately, Juventus came to his aid as they swapped Pjanic with Barcelona to sign him. Pirlo will be hoping that Arthur will strengthen his vulnerable midfield which has failed to perform every single match off late..

Sergio Dest is considered to be one of the most promising full-backs. Many consider Barcelona have signed Sergio Dest at a bargain price. Barcelona failed to sign many of their target players like Memphis Depay and Martinez. However, the USA player is one of the very few positives for Barcelona to rejoice after a disappointing transfer window.

The full-back from Morocco is considered to be a quality player for his age. The 21-year-old was sought by many Elite clubs of Europe. However, Inter won the race and secured the services of Hakimi. Inter Milan will try to win titles again with the help of their new signing. Hakimi who spent 2 years on loan at Borussia Dortmund from Real Madrid has improved a lot already and at Inter he obviously will improve a lot. Hakimi has been involved in three goals already in his first two matches for Inter.