“I ALWAYS BUY HIM SHOES,” Dana White candidly speaks on his relationship with Kevin Holland sharing LOVE for sneakers with him 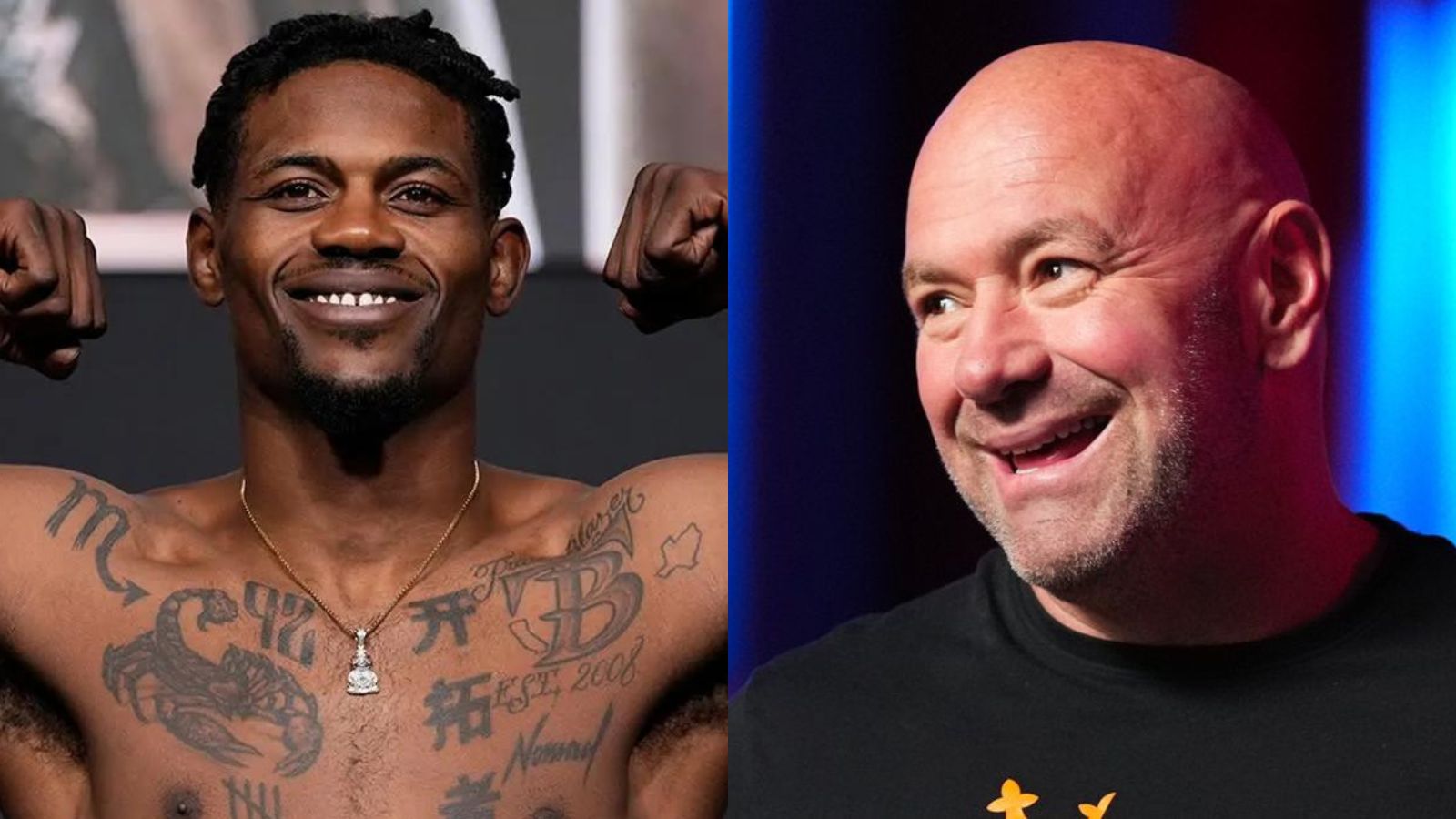 The relationship between Dana White and certain fighters has evolved with time, either from better to best or nothing to best, Kevin Holland is one of the most fighters that share a unique chemistry with the UFC President. Holland is a UFC welterweight who occasionally fought at middleweight as well early in his UFC career. Holland’s rise to fame was from taking the most fights in a single year in UFC history, which was 5 and not only did he fight but he also won them all in a spectacular fashion.

Holland’s list of victories includes the likes of Tim Means, Alex Oliveira, Joaquin Buckley, Ronaldo Souza, Gerald Meerschaert and many more. Holland is fighting this weekend against Daniel Rodriguez at UFC 279. The main event of UFC 279 is headlined by welterweights Khamzat Chimaev and Nate Diaz. This is possibly the biggest fight in Chimaev’s career and possibly Diaz’s last UFC fight. In the co-main event, former interim-UFC lightweight champion Tony Ferguson will make his welterweight debut against Li Jingliang.

In the post-event media scrum for Dana White’s Contender Series, White talked about review on this week’s contender series, his take on the PI altercation between Chimaev and Costa, his take on UFC Paris, reacting to Nate Diaz’s ESPN interview, his conclusion from meeting Mark Zuckerberg and much more. In the midst of all, White was asked about gifting the winner of the Holland-Rodriguez fight a pair of sneakers since they both the welterweights are fanatics of the millennials’ footwear, White had a rather interesting answer.

“Me and Kevin Holland are weird,” says White. “We buy shoes for each other so yeah, he was with me when I went to the Surgeon, so… I buy him shoes anyway, I always buy him shoes and he just bought me some shoes that he’s bringing me to.”

Also Read: “Champion of the whole UFC” – Nate Diaz declares himself as the sole champion of the UFC ahead of his fight at UFC 279

What do you make of White talking about this ‘weird’ relationship he has with Holland? Where do you put White amongst the greatest sports promoters of all time? Also, where do you put Holland amongst the most exciting fighters on the current UFC roster? Who do you think wins between Holland and Rodriguez this weekend? What are your predictions for the rest of the UFC card and what kind of shoes do you prefer to wear, any special editions?