Fans take to social media to react to the rumours of Brian Ortega and Tracy Cortez having broken up. 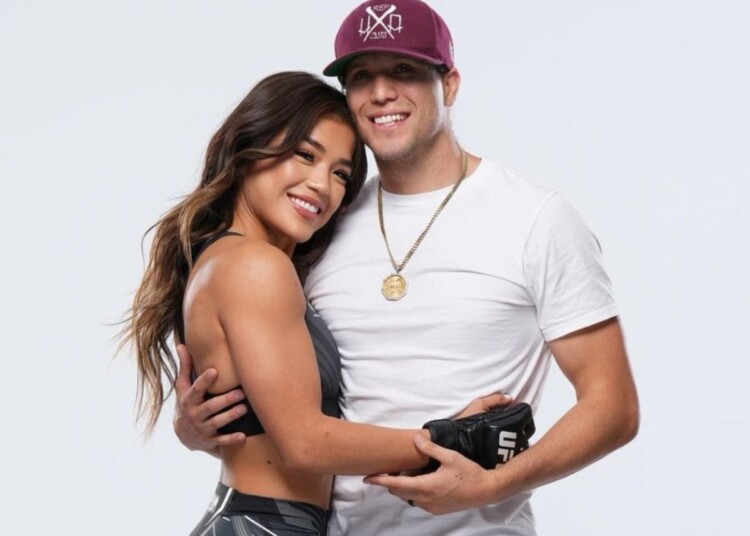 Brian Ortega and Tracy Cortez are rumoured to be broken up after deleting their pictures on Instagram. (currentaffairs)

With Brian Ortega and Tracy Cortez deleting their pictures together on their Instagram, fans think Brian Ortega can finally win a fight. It seems like fans blamed Cortez for Ortega not having a win under his belt for a while.

The power couple – Brian Ortega and Tracy Cortez have broken up according to the buzz in the MMA community. Ortega and Cortez have deleted their Instagram photos where they were seen together. Hence, the buzz about their breakup.

Instead of fans feeling for the possibly heartbroken fighter, he is getting rained on by saying he now has a reason to win fights. Saying Ortega has the motivation now to win fights. Having lost his last 2 fights, out of which one was a title fight against Alexander Volkanovski at UFC 266, fans think Ortega will have something to prove after the breakup.

Fans in the community have taken to Twitter to react to the news of Brian Ortega and Tracy Cortez “allegedly” breaking up. They have been ruthless in the way they have reacted to it, by simply saying that “he might even fights now”.

The sex was too good to last.

She got an abortion and broke up – Blackfist fighting reported

Let’s hope that Brian Ortega comes back to fight in the UFC octagon soon, with not too much going on in his mind. And fight fans can maybe even expect a rejuvenated and all-new Ortega who might get a title shot yet again.

Brian Ortega and Tracy Ortez were very public about their relationship and had their Instagram profiles filled with pictures of the two together. Ortez was also present at T-City’s fights in the past. The Mexican fighter went to the extent of tattooing her name inside his mouth.