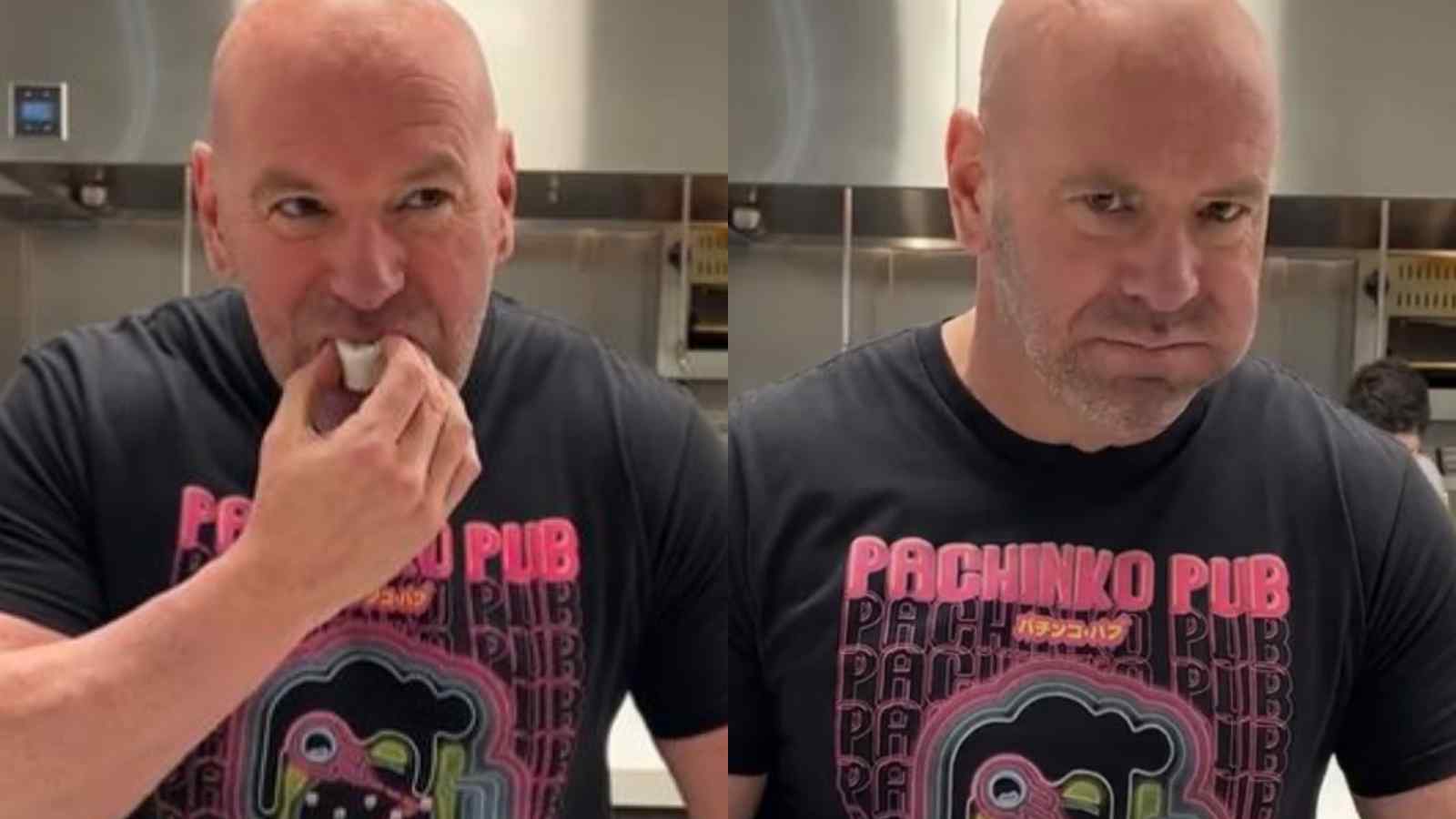 There are not many times when fans have actually liked the innovative dishes Dana White and his chef come up with on the famous “F**k it Friday” social media segment. The UFC boss has yet again missed by a huge margin with his recent “Thanksgiving Dinner leftover” Sushi recipe.

Dana White is more than just a UFC head honcho. Not often do fans invest their time in watching a fight promotion’s president do the talking or even share time on their screens. However, with Dana White that is not the case. The UFC boss has a fanbase of his own and is very hands-on when it comes to interacting with his fans.

The chef took the leftover stuffing, Turkey, seaweed paper, cranberry, and cream cheese, to make Sushi. White was very excited to see how this dish turns out and was very optimistic about it until he took the first bit. Even Dana himself was in shock.

Read more: “Not my cup of tea” – Joe Rogan not pleased with Dana White’s latest venture, The Slap Fighting championship

The UFC president has over 6 million followers on his Twitter handle and fans were shocked by this abysmal recipe on the recent “F**k it Friday” segment. White said, “Seaweed paper ruins the whole f**king thing. Wow, was I wrong on that one! I misjudged that one,” after believing his dish was going to be a hit. Check out some of the fans’ reactions on Twitter to this shocking Sushi recipe.

Should have left out the cream cheese, sub in man n cheese with a gravy sauce

Q: Dana did you enjoy it?
A: pic.twitter.com/D9UTvFjIEJ

😂😂good one that, I was with him, i thought it had to be nice

My first job was at a restaurant and we would do thanksgiving leftover egg rolls and they were the best!

The laughter of the chef just does it for me! 🤣

This segment has always been a hit on Dana White’s social media. UFC fans always look forward to the promoter trying out new weird food dishes that get the funniest reactions on his face. White usually does this social media segment from his personal kitchen in his office at the UFC Headquarters in Las Vegas.

“He’s pretty much immortal,” WWE Superstar comments on the position Roman Reigns holds in the ring

“I just don’t understand that thinking process,” Marion Bartoli slams Casper Ruud for his lack of preparation going into the Australian Open

“Definitely a dream match,” Recently returned Raw Superstar has Sasha Banks under her radar for a future match