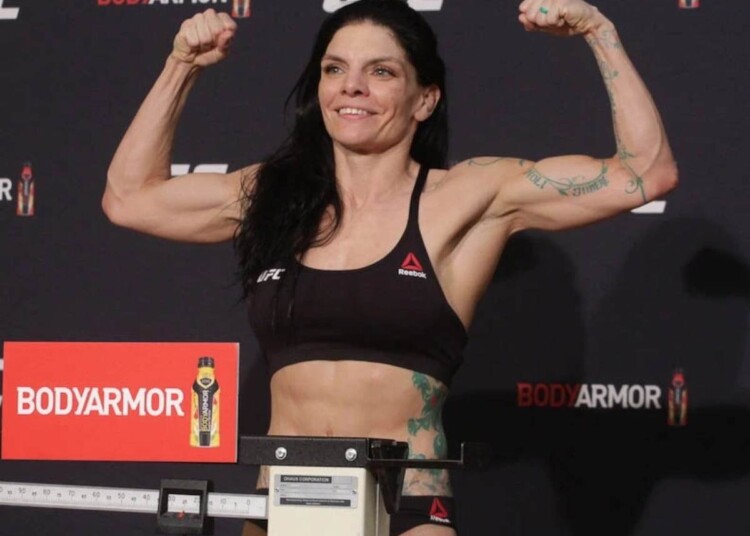 The MMA community, after seeing that Lauren Murphy had two black eyes after the fight, reacted by saying that the towel should have been thrown. Lauren Murphy didn’t take it well and said that Glover Texeira had it worse, then why aren’t the fans asking for the towel to be thrown then?

Murphy took to her social media to tell the fans that the former Light Heavyweight champion, Texeira, had it worse than her, then why aren’t the fans asking the towel to be thrown but asking the towel to be thrown in her case? She said, “Glover Texeira had both his eyes closed but was still allowed to continue the fight, while I have only 2 black eyes”.

She reiterated that it was a fistfight and that the fighters know what they are getting into. If the fans are uncomfortable with it, then it is on the fans themselves – she reiterated.

In the case of Lauren Murphy, she is right when she says that the MMA community should be unbiased when it comes to all the fighters’ safety and not just be concerned about one. Whatever the case, fans and neutrals wish all the fighters a speedy recovery and all the fighters’ corners to protect their fighters.

All the podcasters and fans screeching about “LAurEn MurPhy NeEds A neW CoRnER” and “TheY ShOuLd ThRow In ThE ToWeL” 🙄🖕🏼✌🏼 pic.twitter.com/fT3c3dCChW

Lauren Murphy bashes the community for trying to correct her

Lauren Murphy who was already enraged at the double standards when it came to fighters’ safety, had to deal with the tweets of the fans who were trying to correct her. Very few were agreeing with her, but many were against her.

I feel sorry for you dude, so we’re even

That coach in that tweet had me fight Valentina when I had a contagious infection, and he told me it wasn’t contagious. He put many athletes -including her- at risk for a completely unrelated and seriousillness.
On Saturday I was fine. When I fought Valentina, I wasn’t.

I don’t think you need a new corner though, that’s silly. It’s a moment we don’t agree on. On to the next one! (Either way, you are a KILLER for that performance)

Whatever the case may have been, the MMA community was looking out for her. But the fighters very well know what they’re getting themselves into and know for sure the kind of risks that come with it.