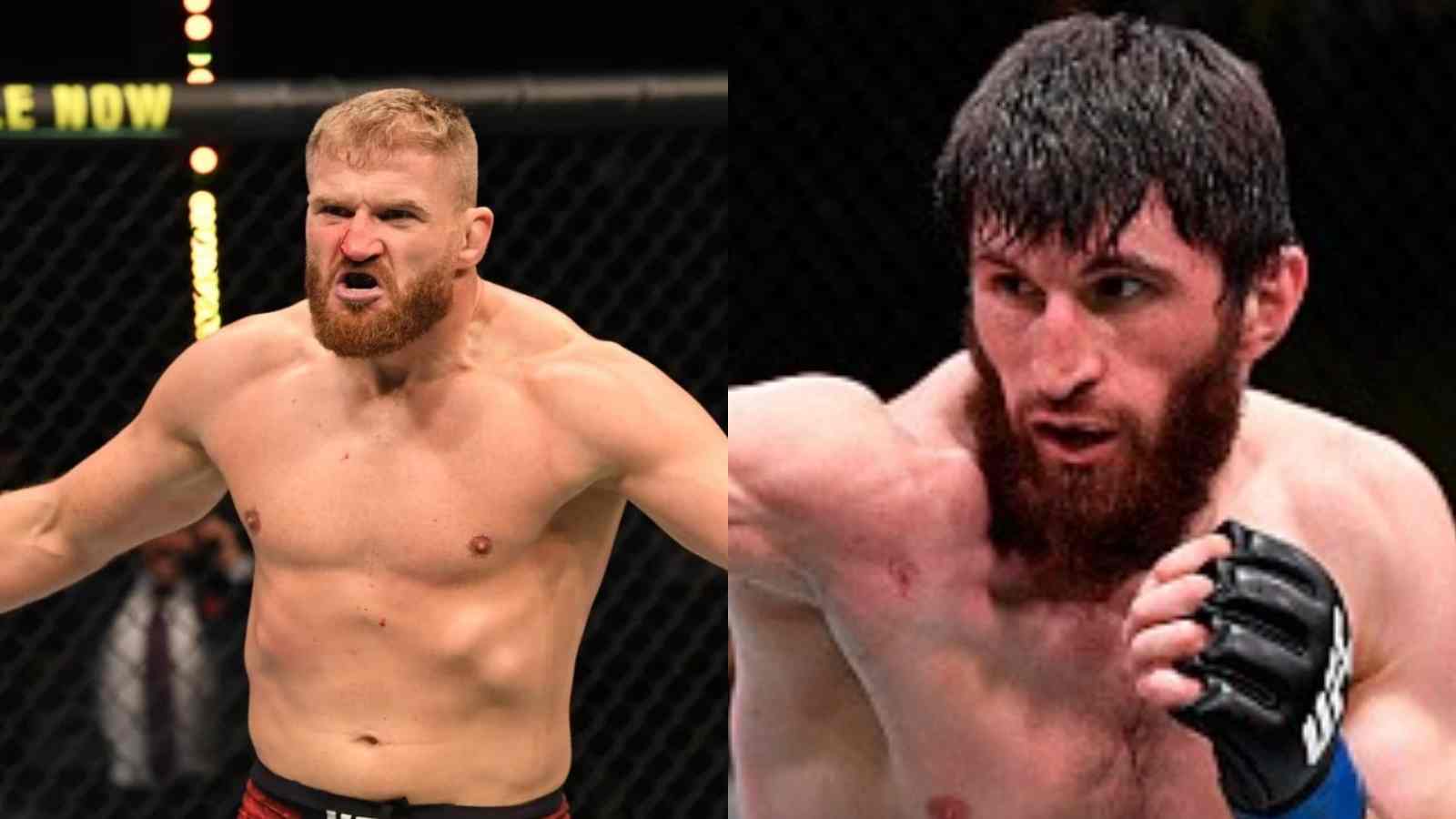 UFC 282 is two weeks away from us at this point – yet, it has already had its share of twists and turns. And, that includes the main event.

UFC 282’s main event was supposed to feature light heavyweight powerhouses Jiri Prochazka, who was the champion and the previously dethroned champion, Glover Teixeira. In their previous outing, the latter had managed to fend off, and even hurt the Czech fighter, before stumbling to a rear naked choke in the last minute of the fight.

Last week, it was sensationally revealed that Jiri Prochazka had suffered ‘the worst shoulder injury UFC doctors’ had ever seen. As a result, he had to pull out, and in the process, decided to vacate the belt. He vowed to return to the title when fully recovered. Unfortunately for Glover Texeira, the Czech fighter’s pulling out bode bad news for him as well – that is, he chose not to fight Magomed Ankalaev, who was offered by the UFC to him, and as such, could not compete.

As a result, the new main event will be contested between Jan Blachowicz and Magomed Ankalaev, for the vacant light heavyweight belt. Now, Michael Bisping has revealed what the Polish fighter (Blachowicz) must do to aim for silverware, despite the chances being slimmer. He said, “If he can stop the takedown, the fight is going to be in his favor – but it’s going to be hard.“

He continued, “Magomed [Ankalaev], he’s a Dagestani. He’s a master of the sport in sambo. Regardless, the takedowns are going to be absolutely key.” Clearly then, Bisping is of the opinion that the best offence for Blachowicz is actually his defence.

Michael Bisping further details what Jan Blachowicz must do to re-capture the light heavyweight belt, against Magomed Ankalaev

People tend to forget that Jan Blachowicz was able to outstrike one of the best strikers to have ever stepped foot in the octagon. Going into their fight, Israel Adesanya was the heavy favourite to capture a second belt – however, Blachowicz was able to keep him at bay with his strikes, and then inundate him on the ground with his bigger stature.

Needless to say, then, Bisping advised the Polish fighter to keep the fight on the ground against the Russian. He said, “It all comes down to whether or not Blachowicz can keep it on the feet. If he can, I can see a knockout victory for Jan Blachowicz.”

The two face off against each other in a matter of two weeks – the fight was scheduled to be the co-main event of the night anyway, so it is not like they have stepped in on short notice. That being said, Blachowicz has been under the spotlight more often, contesting for the belt on multiple occasions. Hence, could that give him the extra boost? We shall find that out on the 10th of December.

Also Read- WATCH: Joe Rogan struggles to keep his eye off an in-shape Ronda Rousey as she prepares to weigh in