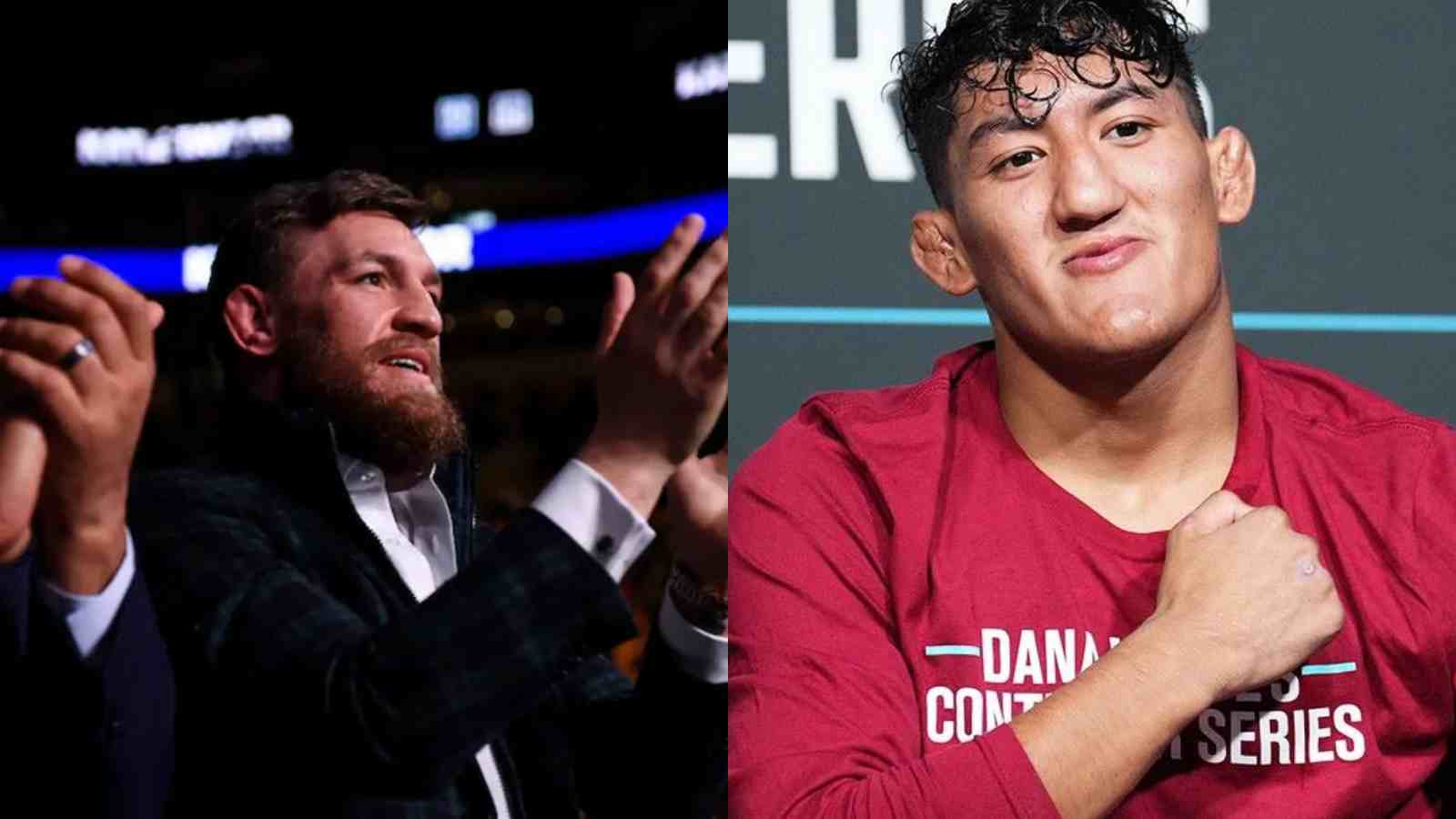 Conor McGregor might not be actively fighting but he sure doesn’t take his eyes off UFC events. The superstar is excited about Raul Rosas Jr. making his debut this weekend.

UFC 282 is a special PPV event. The world will witness the fighter from Las Vegas, Raul Rosas Jr. make etch his name in the UFC’s history books by becoming the youngest-ever fighter to step into the octagon in a fight. Conor McGregor is no stranger to breaking records and the superstar has a special message for Rosas ahead of his fight this weekend.

In a recent tweet reacting to Rosas Jr’s UFC 282 media day appearance, McGregor wrote in his tweet, “That’s incredible! The youngest ever. Good luck young man, in your career with the UFC.” No doubt Raul Rosas would be on cloud nine after seeing this message from the biggest superstar in UFC. Raul signed for the UFC last year as a 17-year-old after his amazing performance in Dana White Contender Series.

The 18-year-old will face a tough fight against Jay Perrin in the prelims of the last pay-per-view event of 2022 for UFC. The youngster has a record of 6-0 in his professional MMA career and is bound to make history with his debut this weekend against Perrin in his three-round bantamweight fight. Looks like he will also have a special viewer in Conor McGregor watching him from home.

That’s incredible! The youngest ever. Good luck young man, in your career with the @ufc. https://t.co/11obs8F9t8

Read more: 17 Year Old Raul Rosas Jr shines at The DWCS to become the youngest fighter under a UFC contract

Raul Rosas Jr. was present at the media day ahead of his first-ever UFC fight. The fighter was fairly relaxed and seemed like he is ready to go make history at UFC 282. Being an 18-year-old did not stop his opponent Jay Perrin from taking a dig at him. Perrin too is looking for his first UFC win this weekend. Perrin joked that he could be a Santa Claus for Rosas and the youngster’s reply was quite witty.

Rosas’s opponent Jay Perrin has two fights in the UFC and has faced defeat in both of them. Perrin is 10-6 as a professional fighter and won’t be backing down from getting his first win in UFC. This weekend’s PPV event is set to take place at the T-Mobile Arena in Las Vegas, Nevada.

Also read: “I wanted to kill myself” – Police officer turned fighter Chris Daukaus opens up about getting knocked out twice in a row