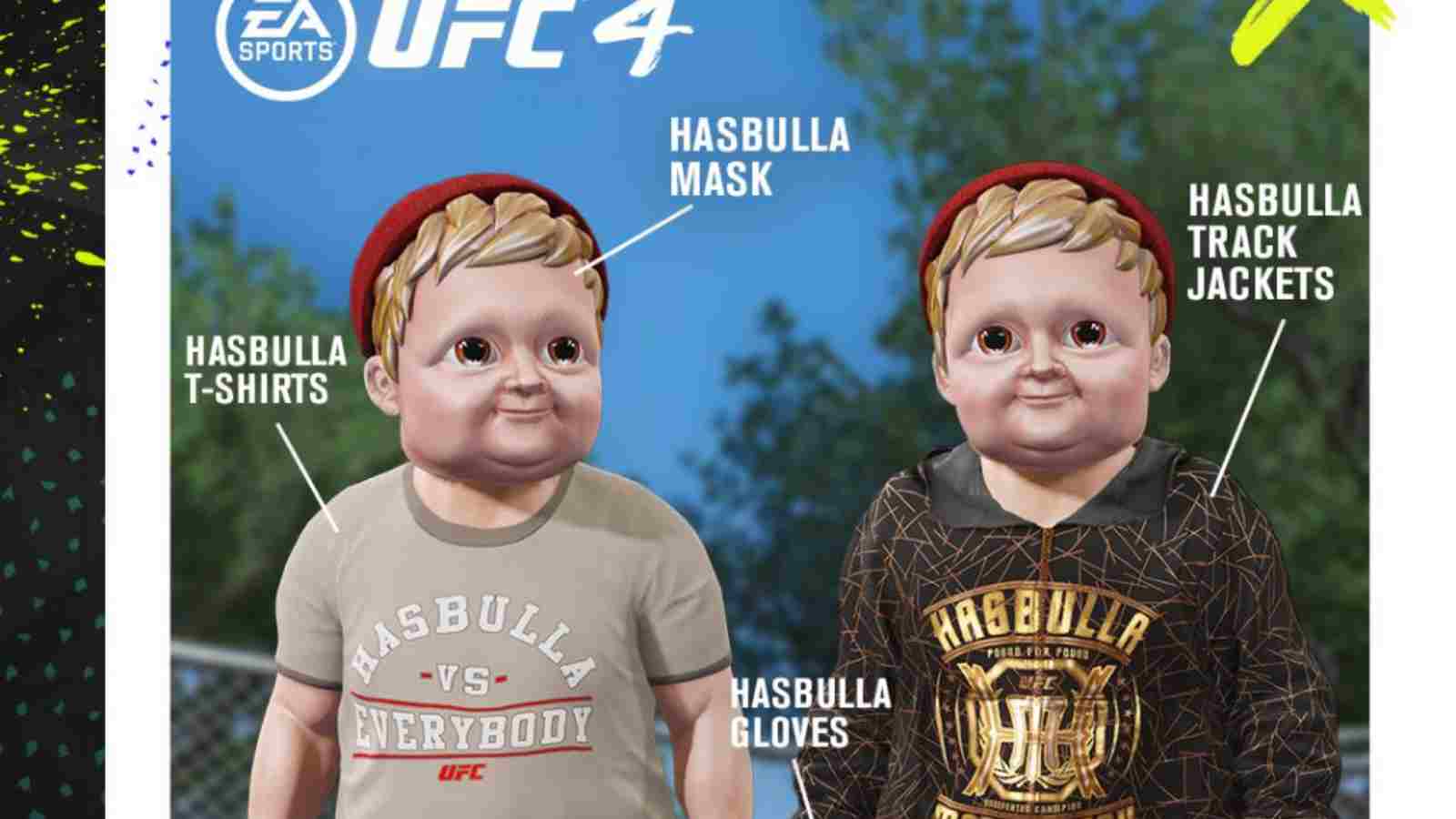 EA Sports earlier today announced that the very popular mixed martial arts game, UFC 4 will now have a few additions to it. The fan-favorite game developers revealed that there would be three new fighters added to the roster. The three new fighters added to the video game will be a welterweight sensation, Shavkat Rakhmonov, top bantamweight contender Merab Dvalishvili, and the amazing lightweight prospect from Poland, Mateusz Gamrot.

All three fighters are currently coming off a win and are amazing to play in a fighting game. Rakhmonov is as perfect as a fighter can get given his skills in all aspects of the game. Merab Dvalishvili and Mateusz Gamrot too are amazing additions to the UFC 4 game. While the fans are excited to play as these three new fighters, another update from EA Sports has got quite the opposite reaction from fans.

Hasbulla Magomedov, the Russian internet sensation, who is famously known for his friendship with legend Khabib Nurmagomedov, recently signed with the UFC. The social media star now will be available as a new skin in the new UFC 4 game. While Hasbulla receives a lot of love from the internet, UFC fans seem to have gotten tired of the “mini Khabib”.

What gear will you be fighting with? 🤔

The reason behind the upset reactions towards the Hasbulla update on UFC 4 mainly stems from the fact that EA Sports have not given the fans what they’ve wanted in recent times. The fans have been screaming for their favorite fighters to be added to the roster but with every update, a majority of the fanbase stays disappointed knowing their favorite fighter has not been added.

If someone kicks my ass while wearing this I’m deleting the game pic.twitter.com/tVwqPVMDdA

Glad they wasted so much time doing this and not adding legit ranked fighters on the roster.

Lmfaoo the games a fucking joke. EA prolly gonna hold this game like gta for the next 5 years.

With the new Hasbulla update on UFC 4, you can choose to fight as your favorite fighter looking like the “mini Khabib”. Imagine the skills of someone like Khamzat Chimaev but who looks like Hasbulla. Yep, that’s some scary fighter?