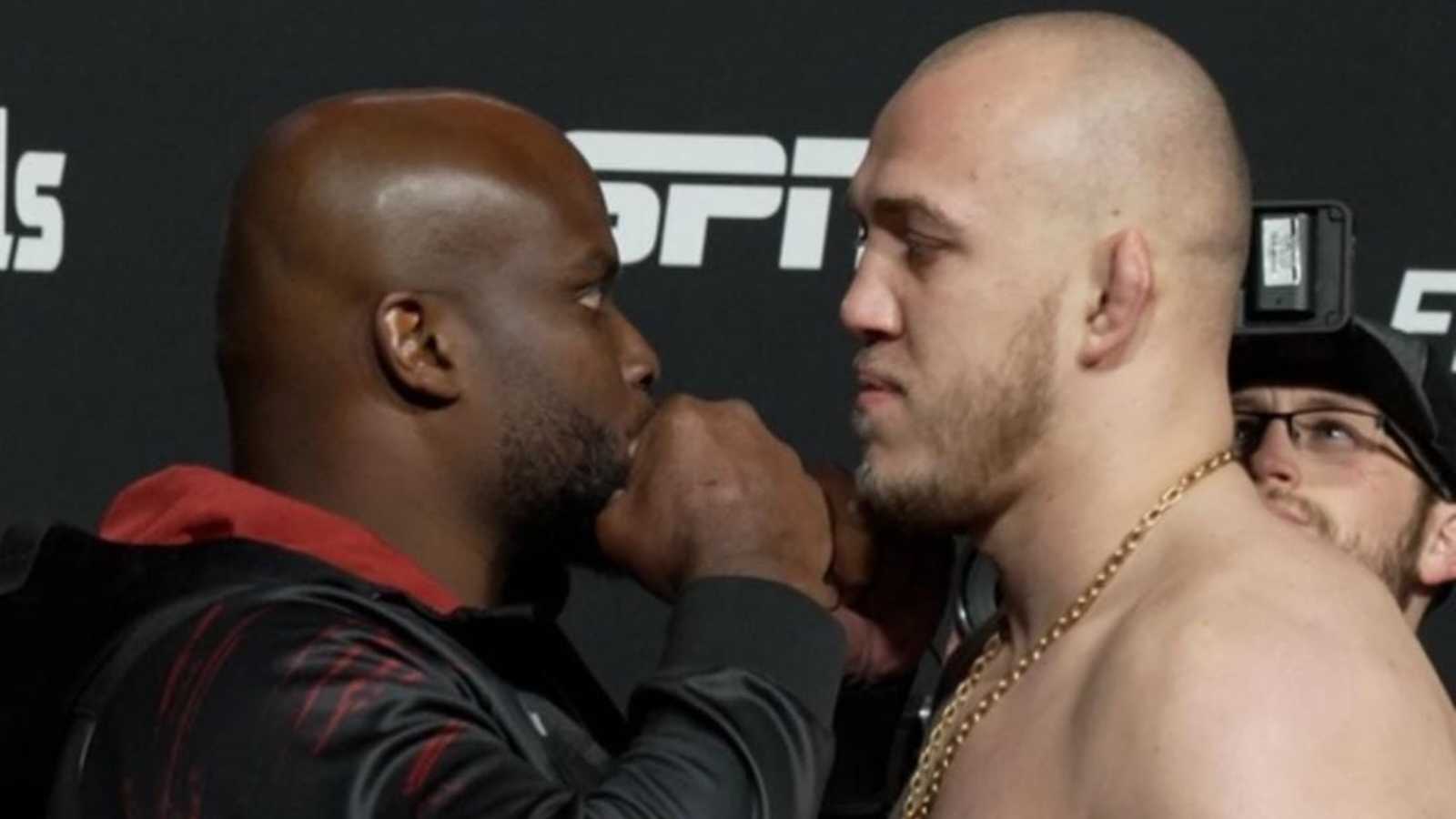 The UFC Vegas 65 card suffered a blow as Derrick Lewis, who was scheduled to compete in the main event pulled out of his fight. Lewis was supposed to face Moldovan heavyweight Sergey Spivak in a 5-round battle.

According to reports, ‘The Black Beast’ suffered an illness that required immediate medical attention. UFC commentator Brendan Fitzgerald announced this unfortunate news during the live broadcast of the event. “We have some unfortunate news to share with you. Our main event was to be against Derrick Lewis and Serghei Spivak. There is a non-COVID, non-weight cutting illness on the Derrick Lewis side. So our main event today has been canceled. You hate to see it,” said Fitzgerald.

The long-time commentator provided no further update on Lewis’ condition. This is unfortunate for the ‘Black Beast’ who was looking to bounce back from two consecutive losses. Sergey Spivak will also be disappointed as he now misses out on his opportunity of entering the top 10.

With the bout between Lewis and Spivak being canceled, UFC Vegas 65 will now be a five-fight main card. The event will be headlined by two Light Heavyweights who were supposed to fight in the co-main event.

Derrick Lewis and Sergey Spivak’s loss turned out to be Ion Cutleaba and Kennedy Nzechukwu’s gain. Despite not being ranked among the top 15 at 205, the duo now will headline a UFC card.

Going into the fight, Nzechukwu is coming off a win against Karl Roberson. In his last five fights, the Nigerian has won three and lost two. Against Cutelaba, Nzechukwu will look to use the power in his hands and get another dominant knockout victory.

Cutelaba on the other hand has been a victim of terrible results in the UFC. His last five fights have been a sheer disappointment, as he has lost three, won one, and drawn one. With these worrying results on his record, Cutelaba will look to mix his striking and grappling to defeat Nzechukwu in a fight that is extremely important for him.

While the rest of the main card at UFC Vegas 65 looks promising, it will be interesting to see if Nzechukwu and Cutelaba can deliver in unexpected circumstances for both. UFC Vegas 65 can be streamed live on ESPN+ at 4 p.m. ET/ 1 p.m. PT.

Also Read: “Baddest purple belt” – Derrick Lewis is aiming for the most UFC submission victory record after being promoted to purple belt