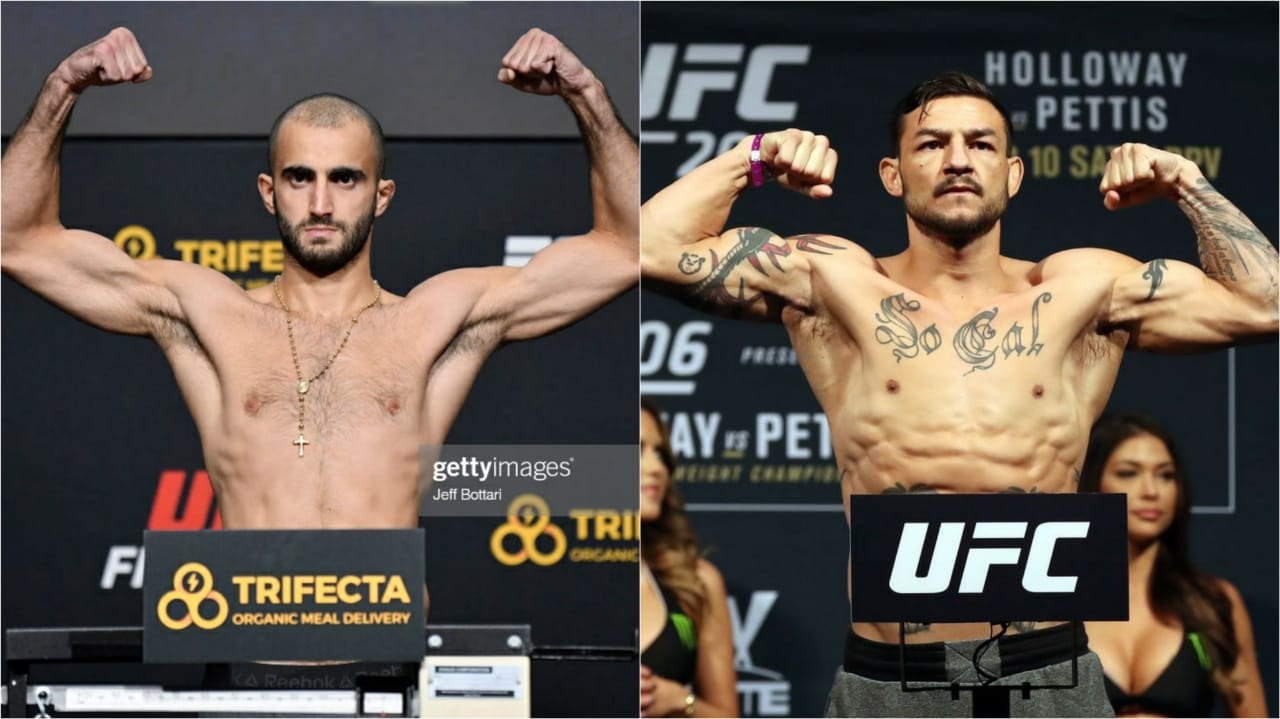 Round 1: Giga Chikadze wastes no time to throw a low kick at Swanson. Both the fighters very light on their feet. Swanson tries to go aggressive on his entry, but Giga is able to counter with a very solid upper cut. Swanson is not stationary and keeps moving to make Chikadze keep guessing.

Chikadze finds a solid kick to Swanson’s liver and Cub is dropped. Swanson in great pain and Chikadze starts throwing punches and the game is over. One minute three seconds is all it took for Chikadze to end the fight against the veteran.

“The audacity to compare mine with this piss,” Conor McGregor gets furious as people compare his pitch with 50 Cent’s

“I have a better shot at beating Kamaru Usman than I do Lawler,” Nick Diaz issues a bold statement ahead of his fight at...

“Guess we will see if Armans balls are as big as his mouth” – With fight against Nasrat Haqparast in doubt, Dan Hooker calls...