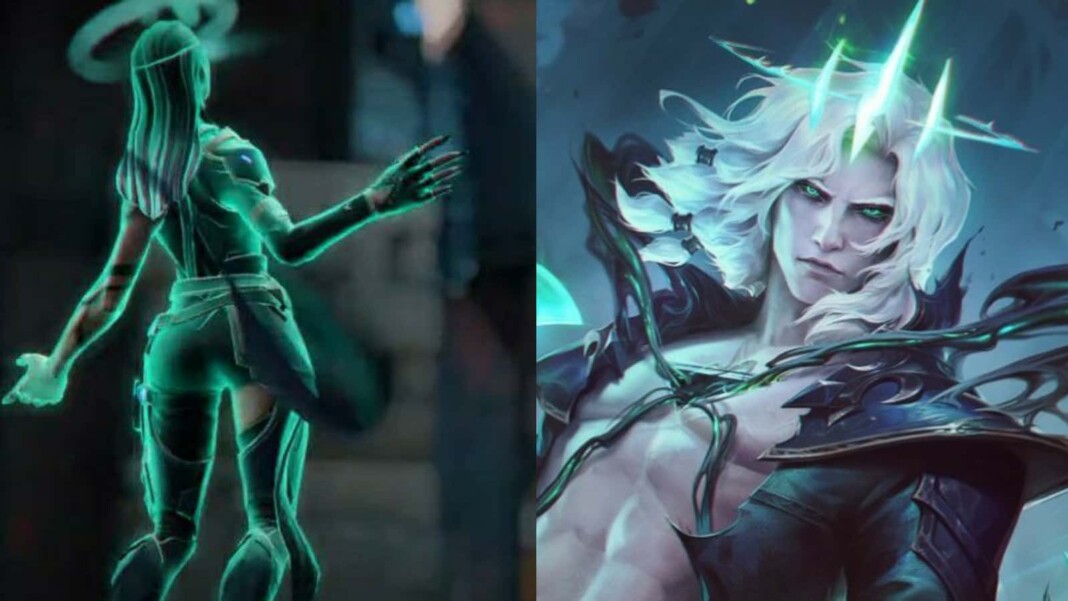 Valorant had not received a new skin line along with the onset of its new episode that introduced KAY/O, the 16th agent. A Valorant New Skin Bundle might be on its way, as suggested by recent leaks and supported with a potential teaser by RIOT sometime back.

A crossover between “Sentinels of Light” from the League of Legends game and Valorant to give players a new skin bundle named the Ruination Bundle. The article talks all about the latest skin bundle that might be introduced in Valorant soon and is a crossover of 2 games by RIOT.

VALORANT Episode 3 Trailer had received a boosted kickoff from the Community Creators in form of an adorable compilation just before its release but only recently we got a leak for a Valorant New Skin Bundle. A new episode of VALORANT had made its way last month, with Episode 3: REFLECTION and new episodes mean bringing new skins along with agents or maps.

As revealed by Mike from ValorLeaks, and previously by other data miners, the new skin line is probably a ”ruination” type of skin, a crossover with league of legends. As mentioned, If you look at Reyna her head she has the same crown as Viego from League of Legends. And if Viego takes over someone the same blue color and crown appears just like the halo on Reyna’s head in the trailer.

Valorant had dropped a flashy cinematic in honor of Valorant’s one-year completion, as well as a hype element for the upcoming Episode 3. The video featured KAY/O’s gameplay apart from showcasing the battlepass skins, but RIOT didn’t miss the chance to showcase its newest gun skin, which may as well turn out to be a complete bundle, in the hands of KAY/O. Towards the end of the trailer, KAY/O was shown killing the enemy Reyna with a new Guardian Skin along with the finisher that levitated Reyna and put a halo over her.

Moreover, the new Ruination Bundle might arrive on the 8th of July since that is when the event Sentinels of Light starts in League of Legends. The bundle is currently known to include a Guardian, as was shown in the teaser. Given the new skin line in League of Legends is named Ruination, data miners are suggesting the same for Valorant.

RIOT Games is yet to officiate the leak, and has not revealed anything about a new skin line, save the very short teaser in the Kickoff for new episode. It will be worthwhile to wait till July 8th to get the crossover we are waiting for.