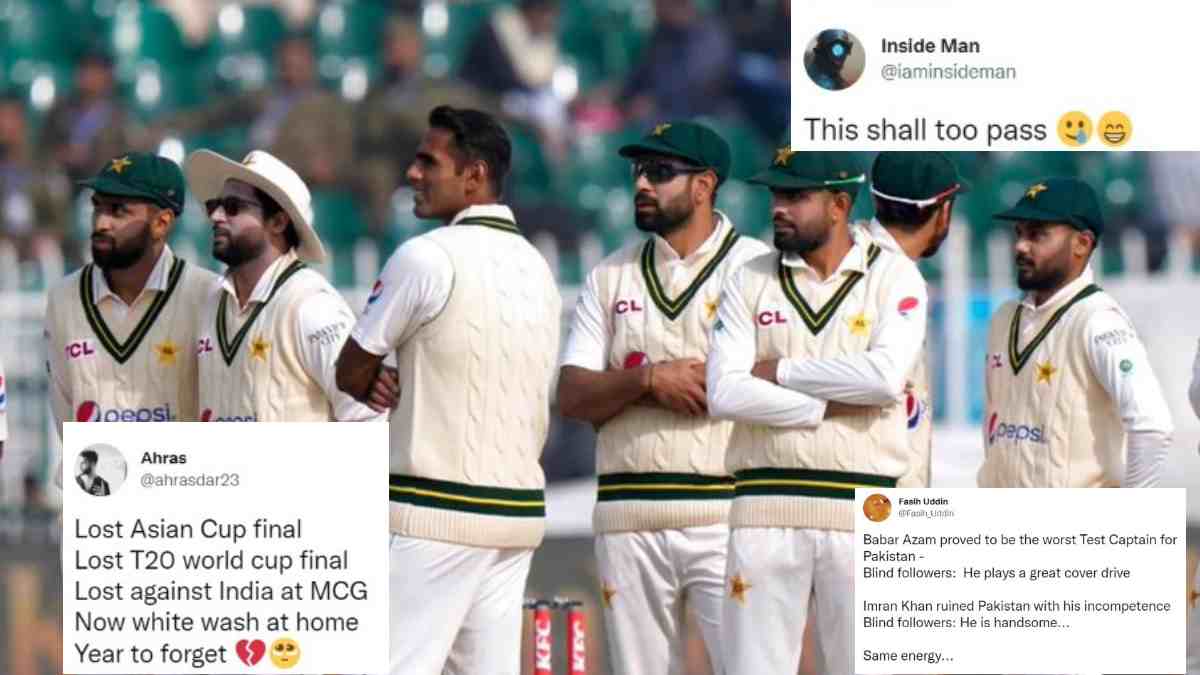 Ben Stokes & Co. registered 3-0 against Pakistan when they won the third Test in Karachi by eight runs. It must be one of the biggest victories for the English side since a clean sweep of Pakistanis in Pakistan isn’t easy work. Surprisingly, this is Pakistan’s first-ever Test series whitewash on home soil. Also, for the first time Pakistan lost four consecutive home Tests.

The third Test saw a collapse of Pakistan. For just 52 runs, they lost seven wickets in the second innings. All they could set a target was 167 runs which were not at all a difficult task by the English side that plays “Bazball” cricket now under Stokes and Brendon McCullum.

Apart from skipper Babar Azam and Saud Shakeel‘s half-century knocks, others couldn’t even cross the 30-run mark. Rehan Ahmed, who was playing his first Test, demolished Pakistan as he scalped five wickets while conceding just 48 runs.

England started their chase with an 87-run stand between the first wicket. Zak Crawley scored 41 runs off 41 balls, and Rehan Ahmed added 10. Then the pair of Ben Duckett and Ben Stokes quickly finished the innings with 82* and 35* runs.

England sealed the first Test by 74 runs. The match would have ended in a draw had not Ben Stokes’ men fought for a result at Rawalpindi, one of the flattest pitches. English bowlers then dismissed the last batters on the final day to win the 2nd Test by 26 runs.

Harry Brook, who got the chance to play in the absence of Jonny Bairstow, proved why he is called a future star. In all the five innings he played, he scored 153, 87, 9, 108, and 111. The 23-year-old took the Player of the Match in the second and third Tests, and he is also the Player of the Series.

England cricket is on a roll in recent times. They have won nine of their last ten Tests, not to forget their lifting of the T20 World Cup 2022.