Patrick Beverly seems happy with his trade from the Los Angeles Clippers to the Timberwolves. The point guard had himself to believe that his worth was not appreciated before when he was with the Clippers. It was not late when Patrick Beverly was traded from the Los Angeles Clippers to the Memphis Grizzlies and again to the Minnesota Timberwolves. It seems he is now confident with his performance on the court playing for the Timberwolves.

Beverly feels that he has got more opportunities in the Minnesota Timberwolves standing the fact that it is not that big of a franchise. Timberwolves have never won a championship in NBA history and are yet to do so. Patrick Beverly had a great approach when he was with the Clippers as he played as a major factor at the defensive end. Though he was kind of overshadowed with the star player of the Clippers naming Paul George and Kawhi Leonard he contributed consistently to the team that assured them the victory.

Previous season Beverly played with the Clippers and had a run through 37 games. He averaged 7.5 points, 3.2 rebounds and 2.1 assists in 22.5 minutes per game. He was shooting 46.8 per cent on the two’s and 39.7 per cent on the threes which in total almost made up about two-thirds of his shooting attempts. He was grabbed by the Clippers for a three-year deal of $40 million that he signed back in the summer of 2019.

This season with the Timberwolves Patrick is averaging 8.8 points, 4.6 rebounds and 5.2 assists per game.

In a post-game interview after he faced his former team the Los Angeles Clippers, Patrick Beverly explained how he was overlooked when he was before he signed with the Timberwolves. He told the media that because of Kawhi Leonard and Paul George his contribution was overshadowed in the team and that he deserved the appreciation back then.

Explaining the situation further he said, “It’s kind of overlooked, especially when you have people like Kawhi and PG who take a lot of credit for everything,” Patrick Beverley said after the game. “It’s always when I go to another team, you know, that’s when you see my work. You know how the team is now, so. I mean, it is what it is. What I do is very unappreciated. But the Timberwolves appreciate it, and that’s all that matters.”

Though it is not new for the players to boldly admit the fact that they are overshadowed, it is a bit shocking to hear that Patrick had to go through the same. Beverly is most influential when it comes to coordination with his teammates. One of his teammates, Ivica Zubac also admitted the same that he is the most influential teammate of his career.

Also read: LeBron James is all set to achieve another milestone that can…

“Their ceiling is the conference finals.”- Kendrick Perkins heaps praise onto Cavaliers for their improved run 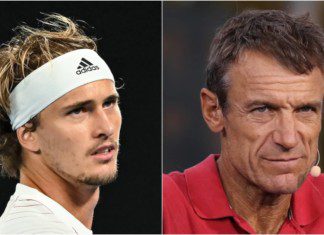